I am in the computer lab in my high school, a 'Beginning Visual Basic' book next to me, staring at this code. I do not get it. I thought making video games would be more drag and drop, put character here, add this ability, everything takes care of itself. To be honest, I do not understand writing code, either. None of it makes sense to me. I do like playing Quake during my free period though, so I will do that.

I am a freshman in college, listening to my very foreign computer science teacher talk about who knows what. Even if I could understand more than every fifth word, I would still be bored out of my mind. This class has become my late-morning nap time. I have decided this career is not for me. I think I will go into Political Science.

It is 2008 and I am not a political scientist. I am doing a variety of different jobs for the family business. I am taking a look at this thing called Unity. Everyone is raving about how easy it is to make games with it. I have this new iPhone 3G that I enjoy playing games on and I want to see if I can make a game for it. I am starting to do some basic web development and feel more confident with code than I did in high school but I still have no idea what I am doing. I try (and fail) to create anything.

It is 2014 and I have just left the incredibly dull world of enterprise development and am now working at an advertising agency. One of the first things the team showed me when I came to interview was a video game they developed for one of their clients. I am not here to do that kind of work, but it wakes something up inside me that has been silent for far too long. 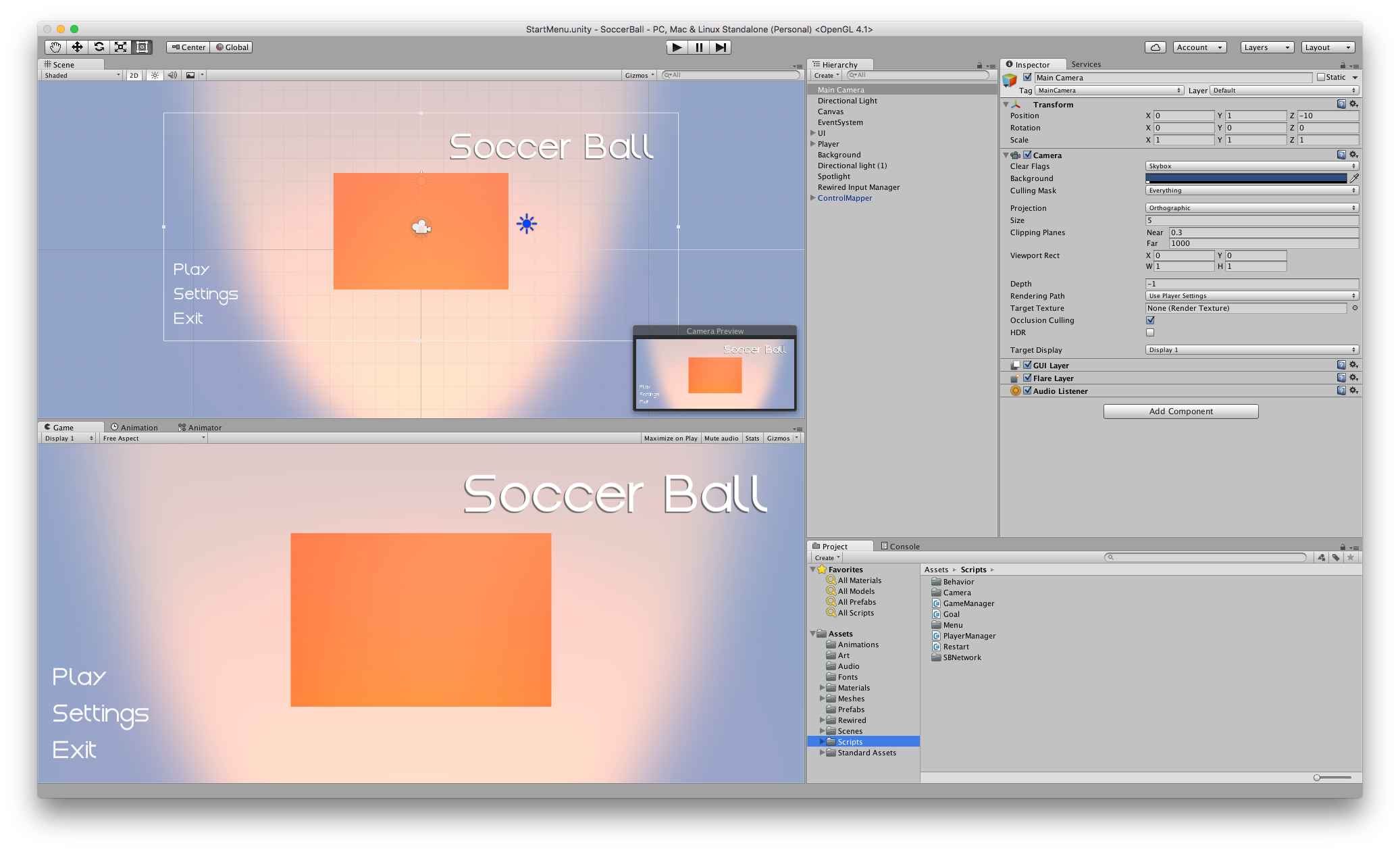 It is 2016. I am a senior developer having worked in seven languages, developing web site backends, service integration layers for Fortune 500 companies, and mobile apps along the way. I have decided to check out Unity again. They have good 2D tools now and I like 2D games. I soon realize that a 2D game involves a ton of art and I just don't have time right now to create it all. I decide to try my hand at making a very simple 3D game.

As I write this, I have officially published my first game on itch.io. The game is called Soccer Ball. It is a two-player, head-to-head, soccer-like game. Score the most points and you are the winner. End the game in a tie and go to sudden-death overtime.

The game is very simple. It leans heavily on Unity's physics system to provide much of the action, but it also has a lot of my touches that I am pretty proud of. I have no doubt that I would not have made this game if I had not changed jobs some three years ago. I work with some great people and one of the things they do really well is inspire me to branch out and try things I would not have otherwise done.

I have done what I wish I could have done back when I was 17 sitting in that computer lab. Thankfully, I still have plenty of time to keep creating games which I absolutely love. Game development is unlike any other kind of development I can think of. You really get to interact with your code. You change a floating point number and feel the difference immediately.

It still has the same frustration that any development has ("WHY IS THIS HAPPENING!!?!?), but the payoff is something entirely different and wonderful. I was able to watch my three-year-old and five-year-old daughters play Soccer Ball while I was developing it. I can't think of any other kind of development that has that kind of reward.