This was supposed to be just another year in the middle of a video game console cycle. Instead, we're trying to figure out what VR means for gaming and now all the consoles are freaking out. We previously discussed the moddable future of the Xbox One, but all of these PS4.5 rumors are getting too loud to ignore.

There are just too many details out there to ignore this any further so once the hardware upgrades involved in a potential fall update for the PS4, codenamed NEO, we tried to make sense of our uncertain console future once again.

Coop - That new PlayStation is bullshit. They're going to fuck up the reason people buy consoles.

Justin Gifford - I know the idea was floating around with what Phil said at the MS thing, but an 'elite' model of the PS4? Are they going to continue to make the 'base' model? But overall, yeah, you nailed it.

Justin Lacey - Well it’s either that or people are going to stop buying consoles anyway. I think it has to happen. And as long as games work back to 2-3 hardware revisions it will work out.

There was some interesting quote I heard on a podcast last week about interviews with high school students that basically said consoles are for their parents. They aren’t buying PCs either, so at least they (Sony and MS) are being a bit preemptive to try to break the cycle before it is forced on them.

JL - And if you think about it, my 360 broke so often, I was buying a new one every 3 years anyway :) At least this time I’ll be able to run my games better and at higher resolutions. 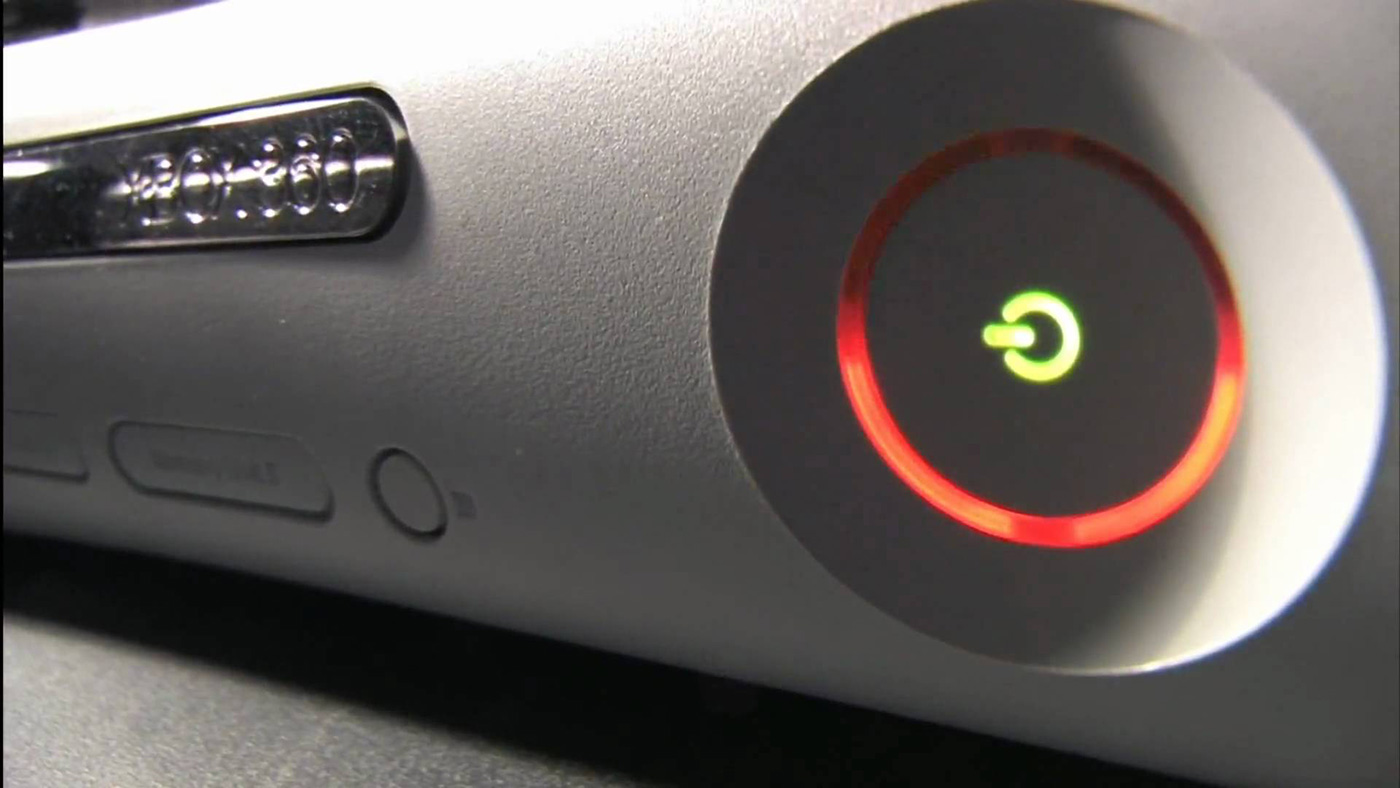 JL - I guess I came into this console generation accepting that consoles as we knew them were doomed. And I honestly expected one of Microsoft or Sony to stubbornly fight it and fall on their face.

How did we get to 3 year consoles already needing upgrades? Was the bar just too low to start this generation or is has something else changed?

JL - I think the only frustrating part for me is that the NEO is actually the 1080 60fps console they originally promised the PS4 would be. But at least MS and SOny are both making plans, which is good, and it should help games push boundaries faster rather than stagnate like the final 2 years of the 360.

JL - Well, you were delusional if you thought that was real. The summer before launch they were barely promising 1080p 30fps. Cuz barely any games do that now, especially on Xbone. But hey, Ratchet and Clank is pretty :)

C - Yeah, the good ones don't. Oh yeah, Xbone is struggling even more. Sony has quite a few 1080 60 games. Just the big open world ones can't get close.

C - It does actually.

C - I think the graphics look shitty on the ones that hit it. Here we go -
Xbox One and PS4 Native Framerates - Looks like it is mainly the battlefields, call of duties, sports... It's more than I thought originally. 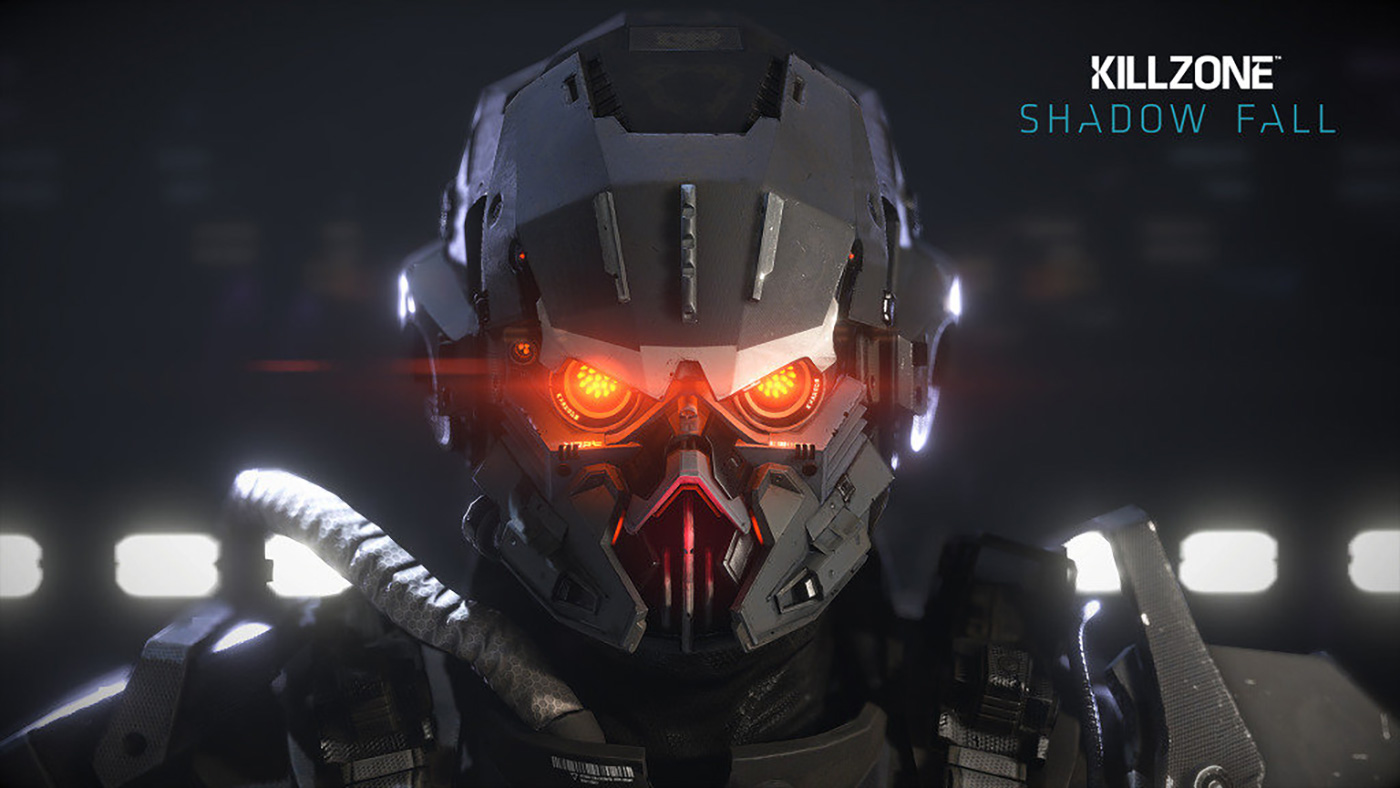 JL - So old games and sports games. Fucking Killzone couldn’t do 1080p 60 and MGS V was originally supposed to be on PS3.

C - Yeah, I thought Killzone was supposed to hit it. I guess it didn't.

C - Yeah. The Last of Us Remastered, but again, it's an old game.

C - Games got way bigger when these consoles came out. CD Projekt Red kicked that bar way up :)

JL - CD Projekt Red was held back by the consoles if anything. I think it [NEO] is a good idea, and I’m glad we have an option as long as it doesn’t render old PS4s useless for another 2 years. 'Cuz if you get 5 years out of your console that's :thumbsup:

JL - Nooope. I bought it for Naughty Dog and multiplayer games.

C - Apparently, I bought it for Rocket League and MMOs.

What about Microsoft and Nintendo

While none of this will be cleared up until some formal announcements are made, if this is what Sony is not telling us, you have to wonder what Microsoft and Nintendo aren't telling us.

C - I'm sure Microsoft has a 1.5 one in the works, too. Might just be waiting on Sony to see if they're gonna go for it or not.

JG - Did I miss something? I thought Microsoft specifically brought up something about modularity or was that just pie in the sky talk?

C - He talked about it as a concept, but he said regarding a 1.5, if Xbox is going to move forward, it'll be in a big way. Whatever that means. Could still be modular. But it sounds more like a new modular console, rather than an upgrade for your current one like people initial thought they might be working on.

JG - Gotcha. it's interesting - these boxes are what, two and a half years old? And they're talking upgrading/replacing? Shit, we got like 9 years out of the 360, right?

C - If they drop a new console, that is upgraded with the ability to continue to upgrade it for lesser chunks of money, they might be onto something, but then, then just put a PC in your living room. Well, @JDevL brought up the fact that we're all on our 2nd and 3rd Xbox 360, so did we really? :)

C - So I'd rather buy a console every 3 years and get a performance boost, than buy a new one and get the same one to replace my broken one. 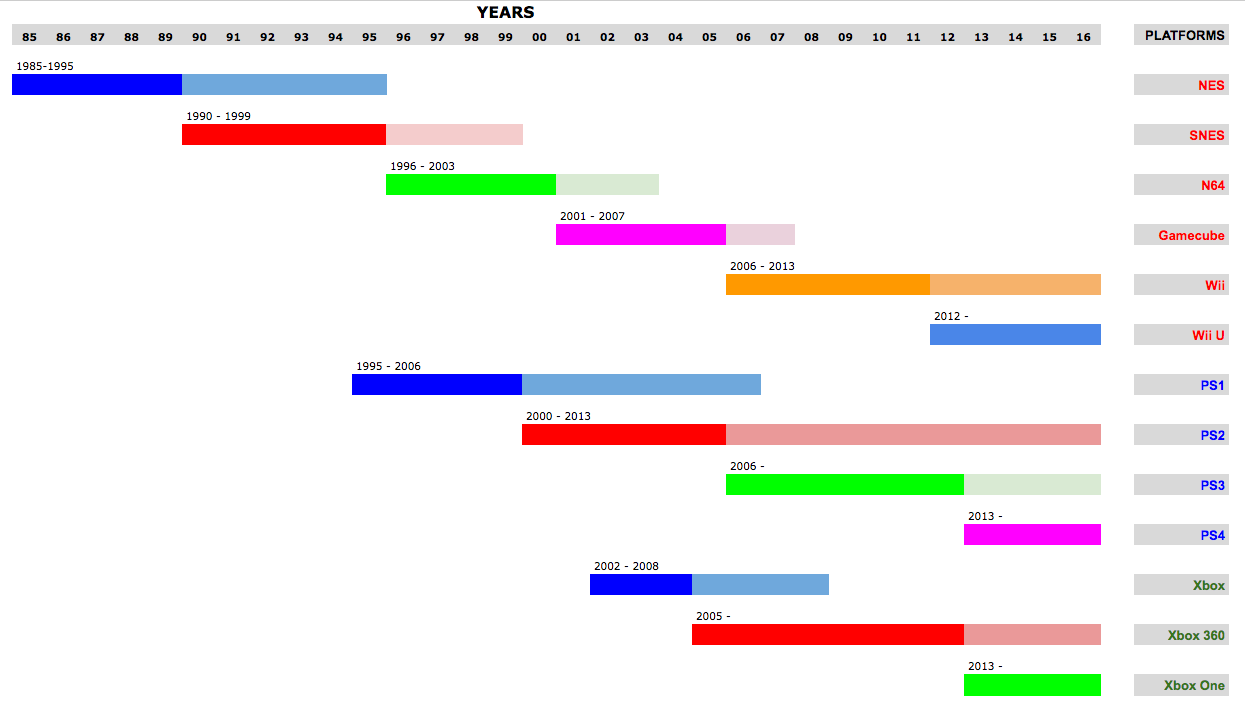 JL - It's easy to forget how the last gen went on for a year or two longer than normal. I still think 5 years is a good run for a console so (modular) upgrades at the midpoint (2-3 years) makes sense.

Coleman Monroe - If these consoles do get updated this year... Nintendo might be left behind again if they’re building to compete with current PS4/Xbone.

JL - That’s the hilarious part. They are so secretive about the NX and denying that they are killing off the Wii U and the NX is behind before they formally reveal it.

JG - And since they haven't revealed it, it means they don't have third party devs knowing what they're developing for? There's no way NDAs would totally prevent any leakage.

CM - Plus they probably don’t have a ton of 3rd party developers lined up so not a lot of NDAs going out means less chance for them to leak.

JL - Plus all the PS4.5 rumors are based on loudmouth developers at GDC.

JG - I'm guessing those devs may have had NDAs since there are no attributed quotes in either Polygon or Giant Bomb's articles.

JL - The Wii U somehow made Nintendo's terrible 3rd party relationships even worse. 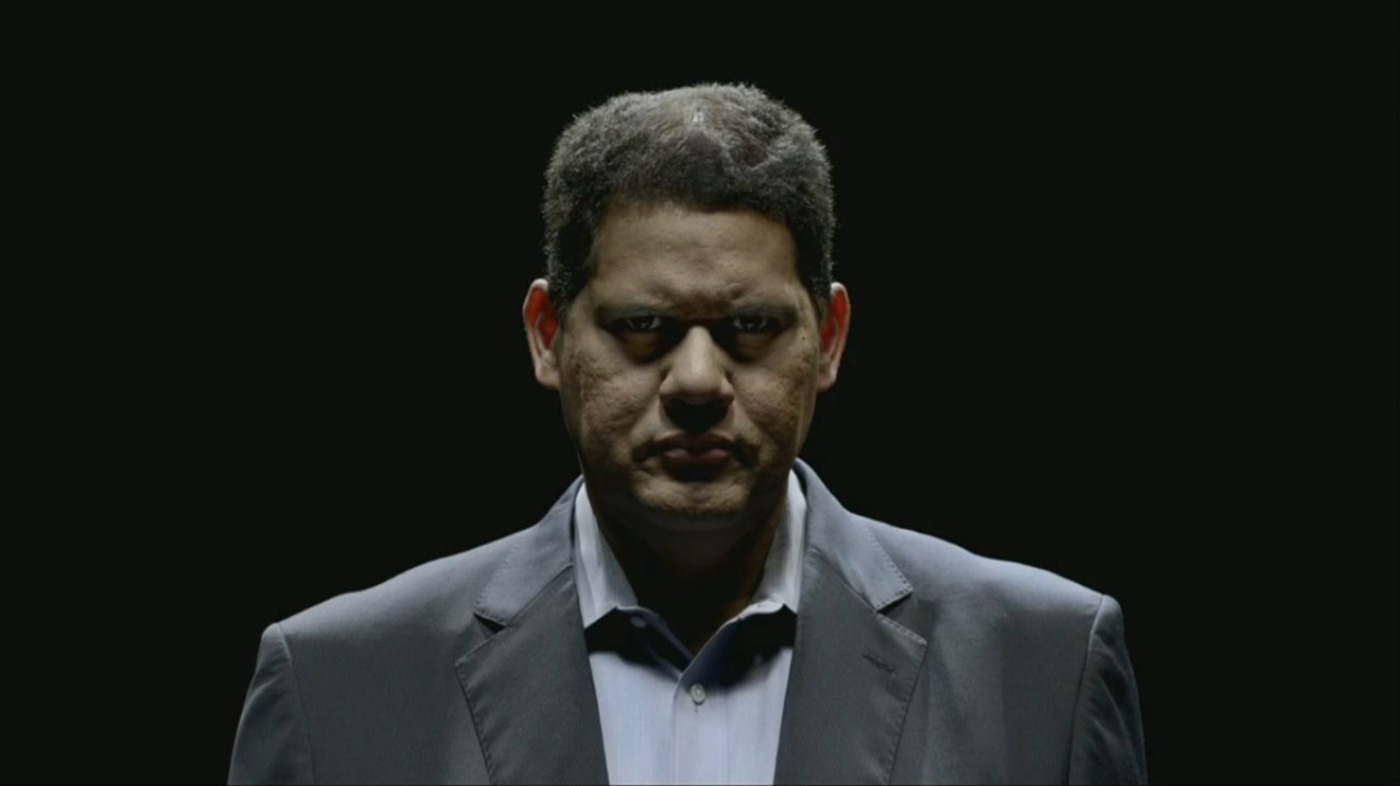 JG - Yeah, I know they do, which is why I'm saying, "Man, guys, learn?" Not that they're hurting for cash, but you said it: they may be behind before they formally reveal it.

JL - Nintendo has always been that way though, go back and look at TenGen games for the NES, right @colefacekilla ?

JG - Right, I remember that article. God, that story is hilarious. "You want ​_how_​ much money per cartridge to license your game? Fuck you."

It looks like incremental console improvements are inevitable, but no one is talking about pricing or a roll out plan.

JG - Interesting they didn't say whether it was going to be tiered pricing or if the NEO is just going to be the new PS4 model. Or did I not read that right?

JL - It’s all rumors. Nothing confirmed yet so they won’t announce that shit. I’m assuming they use Apple’s pricing model and the NEO comes out at the current price of the PS4 with the current PS4s getting dropped in price further. They could get away with maybe $50 higher for the NEO.

The real question is if they will allow some sort of trade-in/upgrade program or just let me subsidize that shit and just treat it like my phone. Bundle up my PlayStation Plus subscription with a console fee.

What am I going to do with multiple PS4's?

This sounds ridiculous, but maybe there's an upside to having multiple versions of the same console?

CM - All of this NEO PS4 rumor mongering means is that @JDevL and I will now just have 2 PS4s in our houses. With the NEO getting the main living room space (for me) and the old one gets relegated to the bedroom.

C - Oh shit, @colefacekilla has an idea there. You can play Rocket League without moving your console.

JG - I was going to say 'bathroom'

CM - EXACTLY @coop. Instead of anger, I thought about possibilities.

C - I suddenly feel better about it. I'm just interested to hear what Microsoft response to it is. Since Phil kind of shut down the idea of an Xbox 1.5.

CM - They’ll probably wait until the NEO is confirmed and we will see all of this shit go down at E3... could be an exciting year.

Cole is right. E3 is going to be crazy this year and by the time E3 2017 rolls around we may no longer recognize the consoles or gaming devices in our living rooms.