I remember the first time I saw MLB: The Show on the PS3. I couldn't believe a baseball game could look that good. For a brief moment, I thought about getting a PS3, but at the time I think they were still $12,000 or something ridiculous and so I was left with 2K's sub-par attempt at a baseball game. The fact that 2K shipped the exact same game with rosters updates for 2012 and 2013 tells you all you need to know about how much they cared about the franchise. The last year 2K would release a baseball game would be 2013 before they completely killed the franchise. 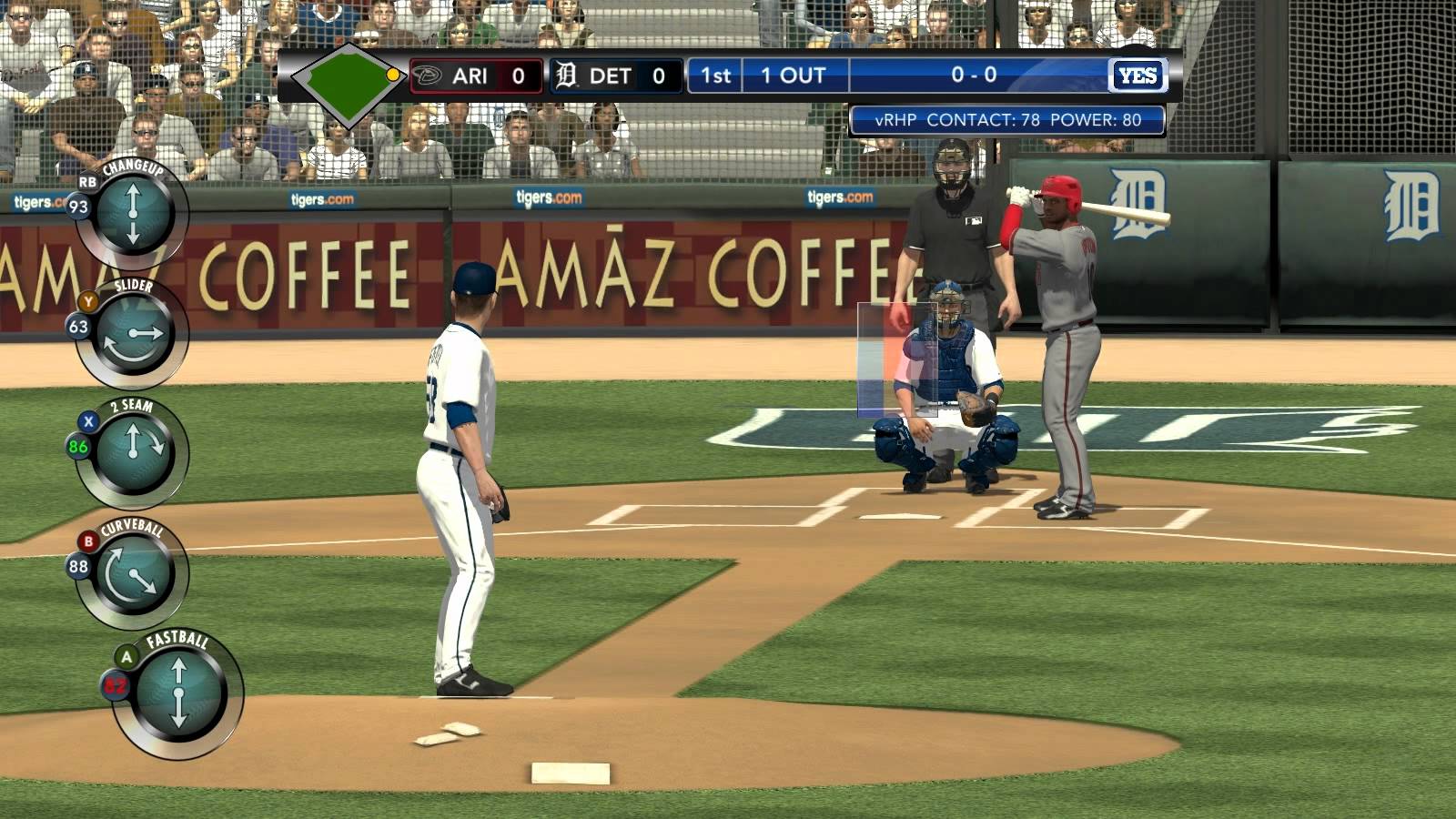 The next baseball game I played was the somewhat anticipated return of RBI Baseball in 2014. The promise was great, bringing back the classic arcade feel of the much beloved series, not only on consoles but also on mobile platforms as well. I played RBI '14 on iOS and had moments where I enjoyed the quick baseball fix and moments where it was so infuriating that I wanted to chuck my phone into a wall. It wasn't a baseball simulator and that meant you gave up a lot of control to chance. There is nothing more perplexing than seeing a play fall apart because of reasons out of your control.

I still had a hole in my video game heart, so I decided to get a PS4. Really, the choice was easy: if I wanted to play a true baseball game, my choice belonged to Sony. There is no sign from any other publisher that they want to get in the baseball business, so The Show is it.

Not a Bad Only Choice

The Show '16 is gorgeous. Its stadiums are so stunning and accurate that MLB's mobile and desktop play-by-play system, Gameday, uses still images for both the stadium and players from The Show. I have been to a couple stadiums in the big leagues, but none more than Comerica Park where my beloved Tigers play. Every detail is exactly as I remember it. It is perfect. They don't stop there, though. San Diego Studios has even gone to the trouble of adding Minor League ballparks to the franchise along the way. I was bummed that my local park, Victory Field, wasn't part of the list, but still, it's a nice touch.

Even with its beauty, a baseball game can't stand on two legs if the action on the field doesn't feel right. For all of 2K's failings with its franchise, one thing I really liked in 2K12 was the pitching mechanic. For each pitch, there was a gesture you would have to execute using the analog sticks on your gamepad. If you wanted to execute on that knuckleball, you needed to master that gesture. The Show has nothing as unique as this, going with a pretty standard three step process: 1. Select your pitch 2. Select your location 3. Hit some indicator at the right point. This indicator can be a pulsing circle that you want to make as small or possible, which I hated, or a meter which you hit at the top for power and at the bottom third for accuracy. It isn't sexy, but it does the job, I suppose. 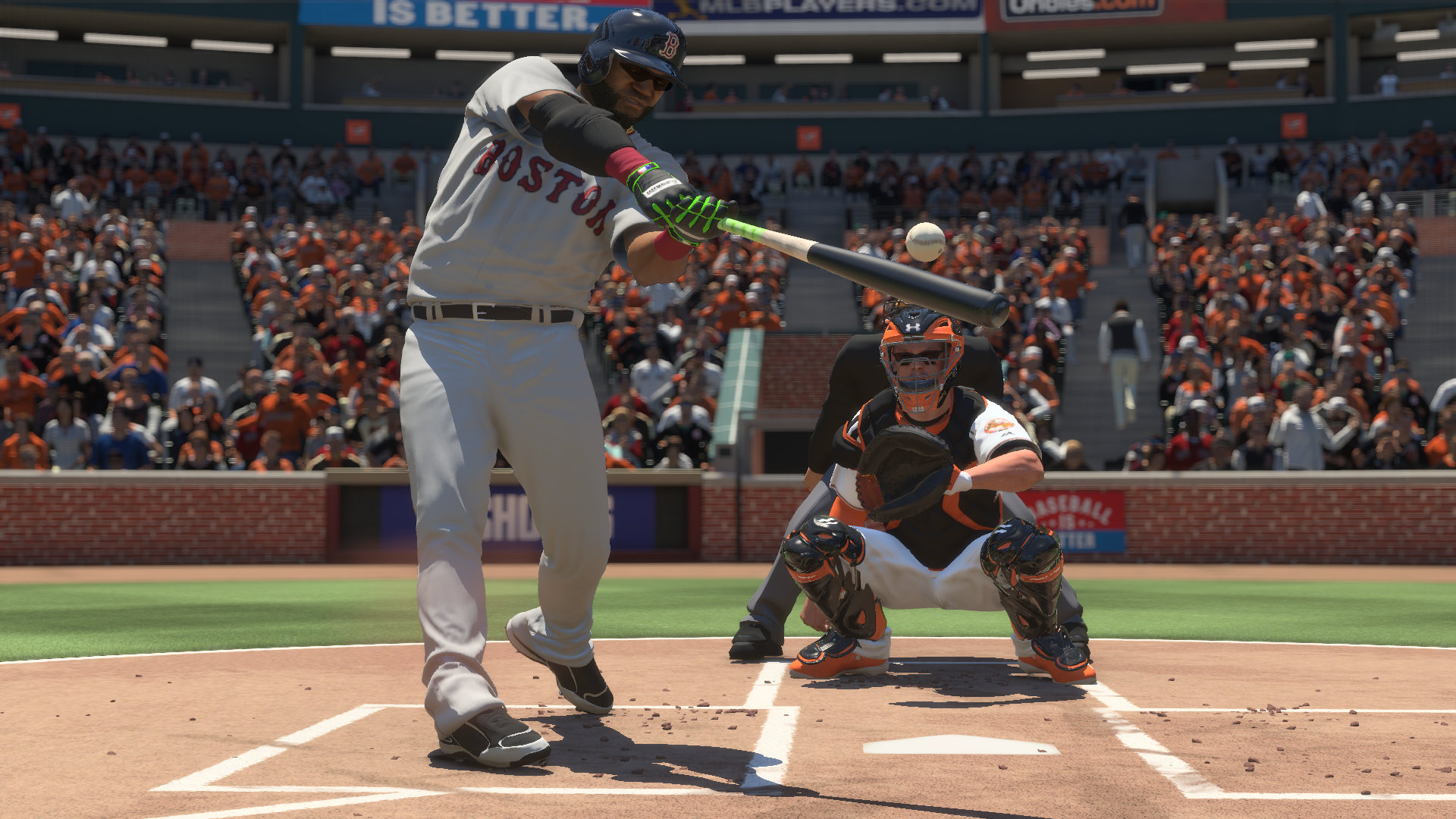 Hitting is also pretty traditional with the subtle addition of picking both the pitch and location the opposing pitcher is about to lob your way. Guessing correctly results in the anxiety-raising red triangle of doom. I say "of doom" because you will swing at whatever is coming at you no matter what. You completely forget you picked a sinker at the bottom of the zone and even though you guessed right and you know you should lay off it, you instead unleash your mighty power swing on that unsuspecting ball of leather and twine, only to swing over top and look like a fool.

You have the option of using either a basic button system where you use one of three buttons to pick the amount of power and speed you want to employ or using Pure Analog where you control the swing using the right stick. I have used both and I think I enjoy the Pure Analog mode a little more because you feel more connected to the game. You really drive that stick through the swing. I am afraid my PS4 controller is not long for this world, though.

Love of the Game

At the end of the day, if you don't like baseball, this game probably won't turn you around. You can greatly speed up a game, even adjusting the starting count of balls and strikes, to make the game go as fast as possible, but it's still baseball. If you don't enjoy the tense battles between a pitcher, throwing every pitch he knows to get out of this jam, and a batter, fouling off every offering served his way, neither I nor this game can help you. The Show ‘16 gets baseball fans. The speed change of the pitching meter when you are throwing from the stretch. The pulsing of the controller when there is a runner in scoring position late in the game and all you need is a base hit to the outfield to turn this thing around. Customizing your "no-doubter" animation. This is a love letter to baseball fans. 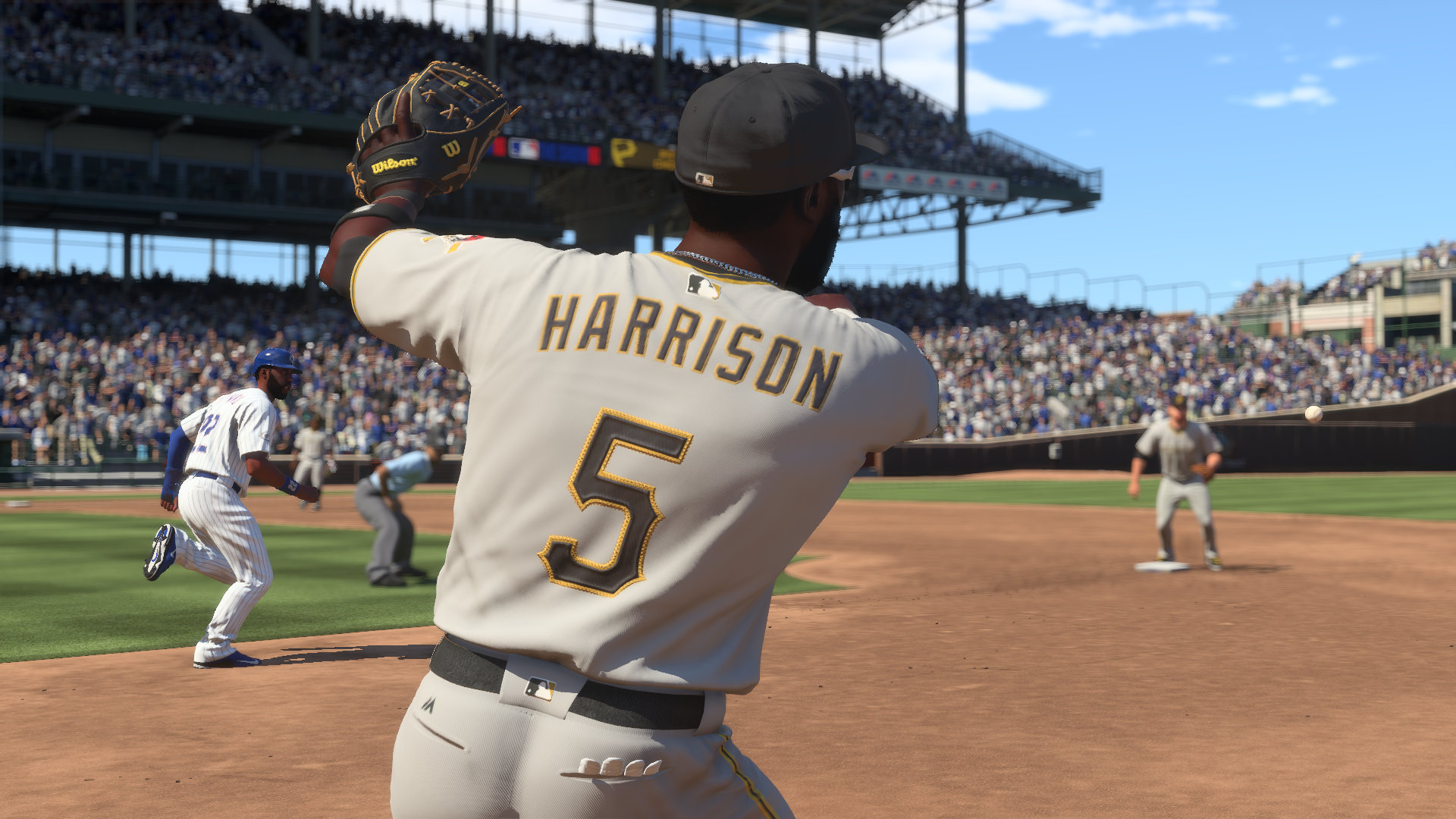 Is The Show ‘16 perfect? Not at all. Sometimes the ball seems to create its own velocity when a player is doing a shovel pass, or player animations get weird. These things happen, but they in no way detract from the overall experience. Short of piping in the smell of hot dogs and fresh cut grass into your living room, this is as good a modern baseball game as I have ever played.