At 35, I wasn’t around for the rise of the video arcade, but I was certainly around for its heyday. This included the beginning of the end of the basic but fantastically bright vector display screens of Asteroids and Battlezone giving way to the raster displays of Pac-Man and Dig-Dug.^

As a little kid, before I had any access to some funds of my own, it was a pretty rare experience that my mom would part with a quarter or two for me to shoot Totally-Not-The-Viet-Cong in Operation Wolf at Kroger. However, every so often, I would go visit my cousin. His mother, my aunt, was much less restrictive when it came to the handing out of coins to get two rambunctious boys out of her hair.

Some thirty years later, one of those early games that I played lodged itself in my memory for some reason, despite three of the four ‘missions’ being almost exact clones of other established games: Gorf. The only reasons that it sticks with me were the fact that it had a sweet joystick and these little guys:

[They look so cheerful, and yet they spend their entire existence trying to kill you with yellow laser beams. Story of my life, really.]

Gorf was initially intended as a tie-in with 1980’s Star Trek: The Motion Picture (explaining the similarity between it and the NCC-1701, which might also explain the giant shield/cloud around the end boss/VGER), but the tie-in was scrapped due to technical difficulties. I didn’t know anything about that at the time.

Shut up. It was a different time. 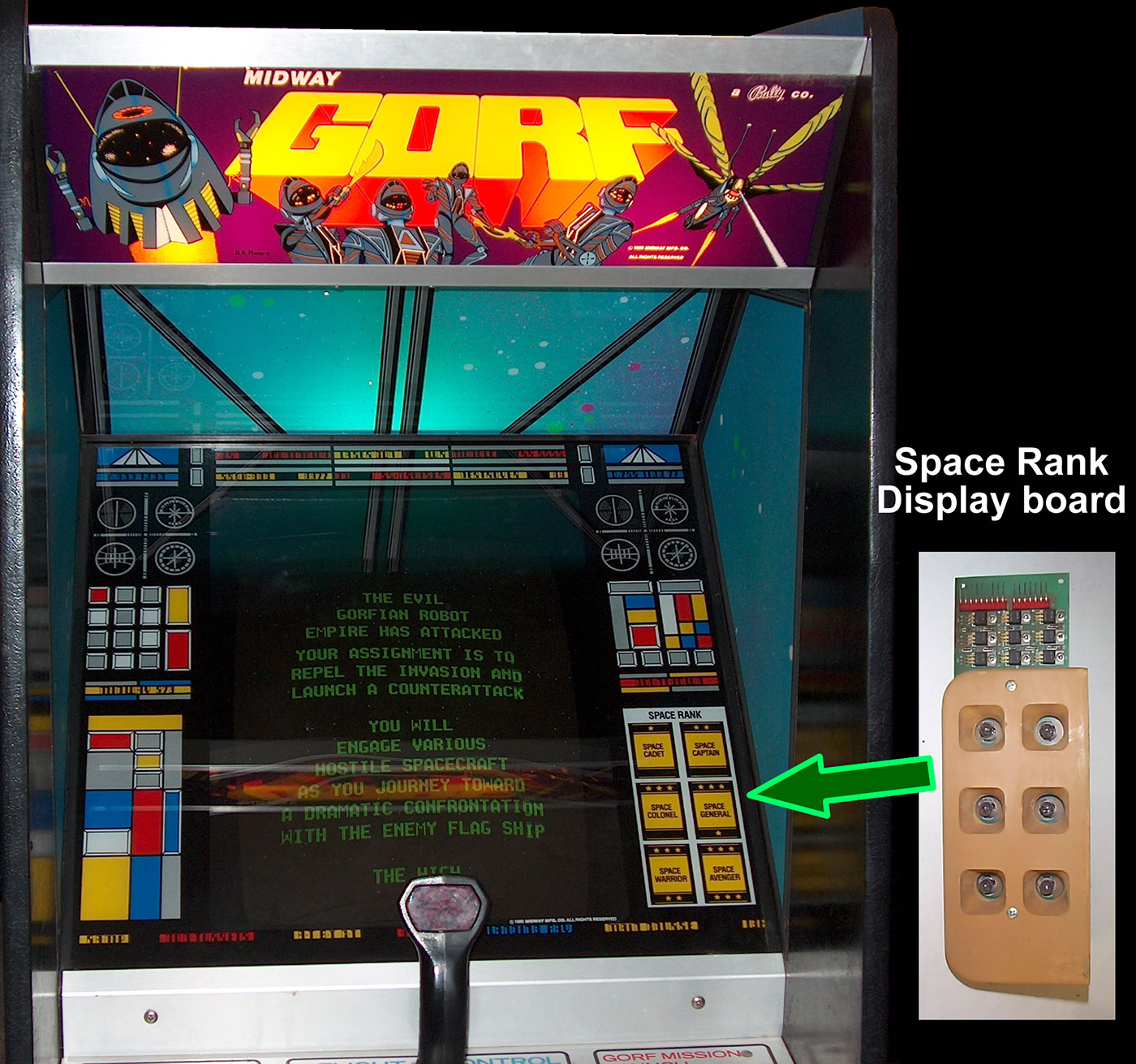 Anyway: Gorf. Shameless rip off of several other successful games, but packaged all in one. Rank advancement system for some rudimentary ‘leveling’ action – if you beat all four levels, you advanced from your starting rank of Cadet while the difficulty ramped up. Speech synthesizer. Awesome joystick. Indelibly imprinted upon my memory and playable over at The Internet Arcade – control instructions are in the comments.