Justin steels himself to learn the controls of a new mech... then a new tank... then a new plane. His struggles and confusion do give way to some pixelated explosion perfection so all is well with Brigador.

I really psyched myself out before I played Brigador. I bought it thinking it was going to be all action and super fast paced. The more I thought about it though, this was a mech game, so it had to be tactical. It's definitely something inbetween, but that didn't mean that I was prepared for the pacing of the tutorial missions.

A bit removed from my play session, I think the tutorial missions were really well done. I just expected them to be really vague so I was getting in over my head. Had I just let the game teach me how to play at its own pace, I may have fared better. So unfortunately I was a bit burnt out by the time the game actually started. 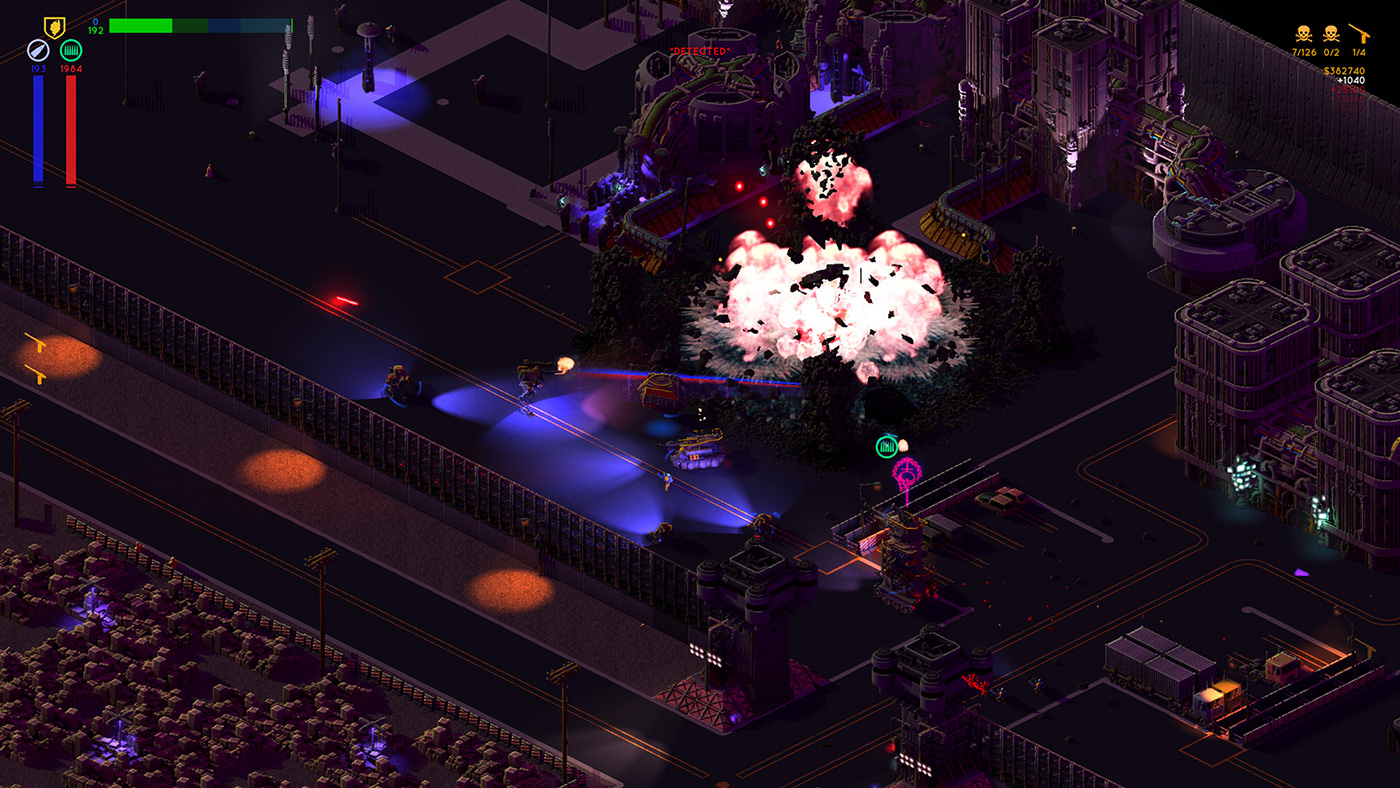 However, Brigador has a ton of promise. The first real mission surprised me in that I expected it to be a mech only mission or a tank only mission, but the game let's you choose from a nice variety of vehicles. That means you can approach each mission a bit differently and stick to the vehicle type you prefer.

I think I actually prefer the tanks over the mechs and anti-grav planes. Which feels blasphemous to say since the only reason I wanted this game was to run around in a mech. However, the tanks feel pretty bad ass and make for an interesting fit in the setting.

Another surprise was that Brigador has a bit of cyberpunk/Blade Runner in its universe. It actually has a personality beyond blowing things up which is a huge bonus and makes me want to see more of the game.

With a bit of practice and patience to get better used to the controls, Brigador should be a damn good time. It seems well structured and looks like it offers plenty of mission variety on top of the fun that comes with trying out all of the vehicles. The action gets overwhelming in exhilarating and frustrating ways, but when the smoke cleared I couldn't wait for my next firefight.

I need to play a bit more to see more missions to figure out if Brigador is going to stick with me. It's definitely not clawing at me to dive back in, but Brigador pretty much stands alone in my Steam library so when I want the action it offers, I'll go for it.