Games stick in my playlist for different reasons. Most recently, Overwatch was having trouble holding my attention long enough where I cared to take the time too organize play sessions with friends. I didn't like playing alone and our crew was a bit scattered. This is pretty normal as not everyone can jump in at launch, but it also means that I tend to give up on a game just as everyone else starts to be more active with it.

This weekend was the first time I jumped back into Overwatch in over a month, and I haven't stopped thinking about the game since. As hyped as I was at launch, I have never felt a pull back to the game quite like this. I'm pretty pumped about my change in attitude.

Initially I kept Overwatch at an arm's length. I didn't want to burn myself out on playing or overlevel myself to the point where it was boring to play with my friends who got the game later. I wanted to go through the initial climb together because honestly that's more fun. 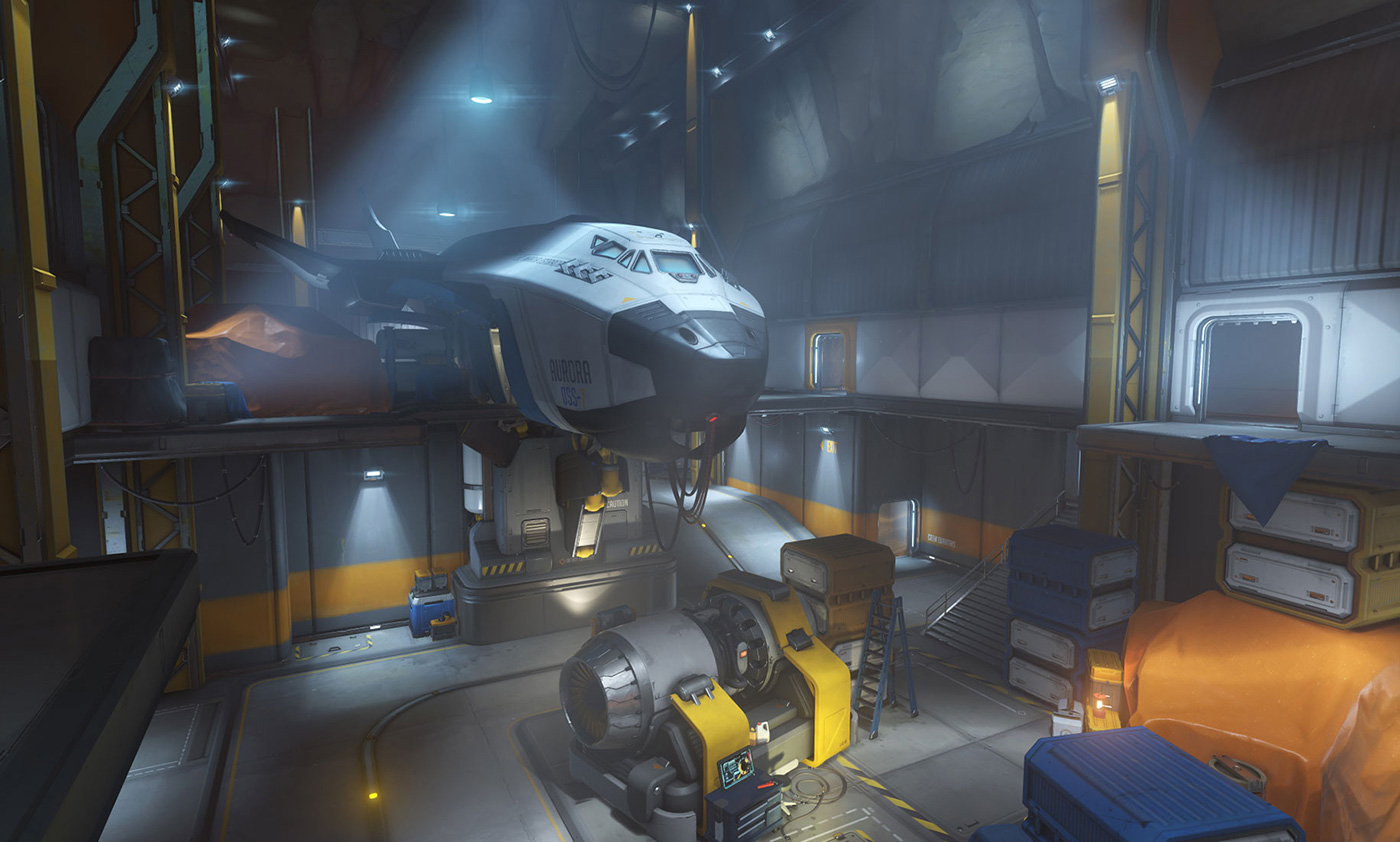 I was also originally drawn to the game for its competitive mode, but this wasn't available at launch. I was comfortable waiting for it, but my motivation to get deep into Overwatch in the mean time wasn't very strong. I had other games to play and other shooting games satisfying my explosive needs. My focus on trying to only play the game with friends resulted in a complete disinterest in trying to play the game solo at all. Overwatch fell out of my rotation in just a matter of weeks.

While I wasn't playing, I did regularly read about Overwatch updates. I'm quite interested in the game's future and was looking for a reason to rally the troops again. Once competitive mode was released it was just a matter of finding the right time to give it one more shot.

Ironically, once I sat down to play I discovered that when I was too underleveled to even try it out competitive mode. I still have work to do to get there, but that's no longer important for me. I was surprised at how fun quickplay feels now. I don't know if the badasses just moved on to competitive or I'm just slowly getting better, but even in defeat quickplay feels great. It almost makes me not want to move onto competitive, and from the stories I've heard about it's intensity, I'm not comfortable moving up on my own at this point anyway.

The other problem with competitive mode was that it made me realize that getting a regular crew of 6 people together for my ideal play session wasn't going to happen very often. I began to ask myself if I wanted to even invest the time into Overwatch if I wasn't playing with players I cared about. Luckily, I since learned that having a smaller group of 2-4 people in quickplay gives me the balance of entertainment and competition that I'm after. While I'd like to "graduate" someday and take Overwatch much more seriously, competitive mode no longer feels like the requirement to having the best time with the game like I originally expected. 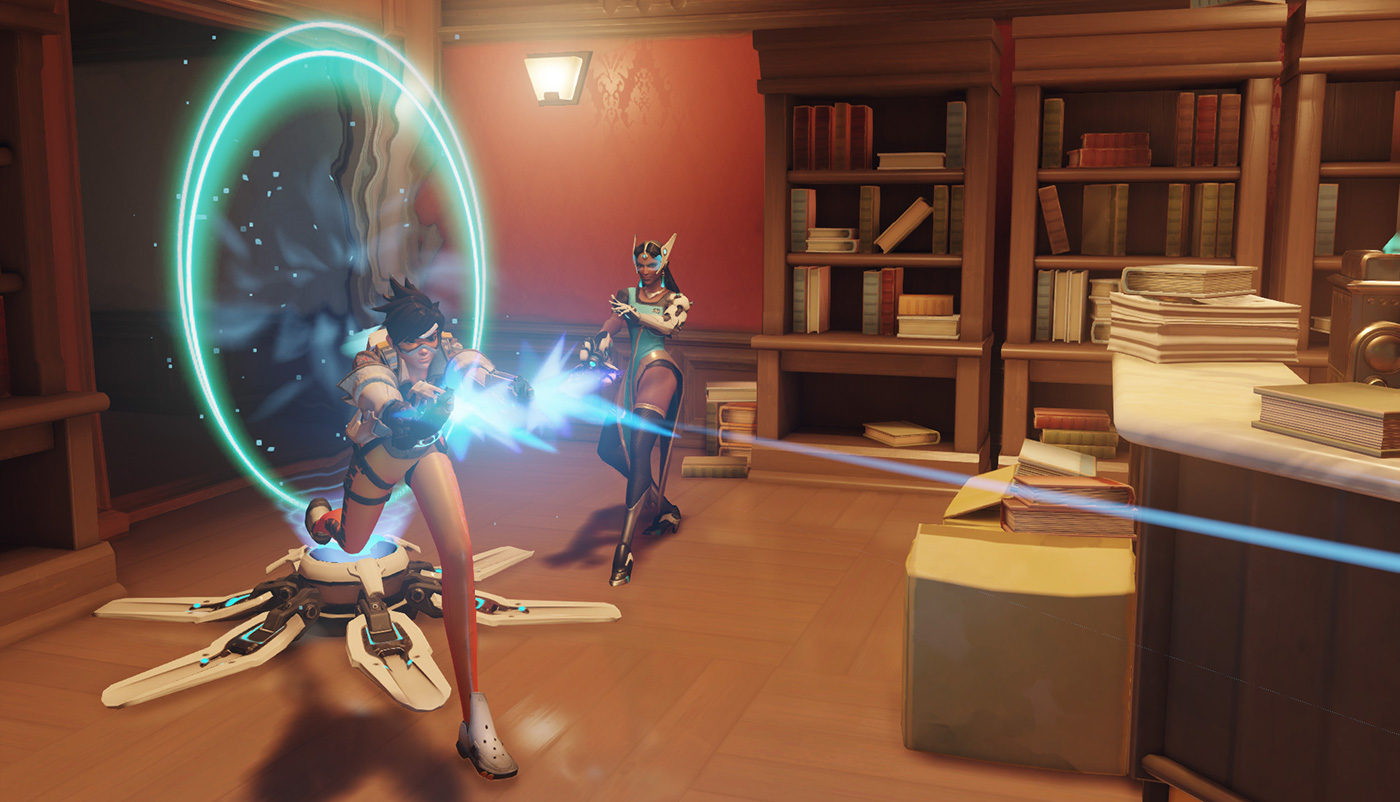 Game mode decisions aside, the real breakthrough of the weekend was that I found 2-3 additional characters that I enjoy. The one that stood out is a character I had been avoiding partially because of its reputation and because during my own test runs I found his abilities to be quite boring. Reaper, however, may now be my go-to character. He's versatile in both offensive and defensive situations and his guns pack a punch.

At this point, I'm comfortable with half of the character roster and I have a character that I can play as for any situation the game throws at the team. More importantly, I can play as those characters and feel like I'm contributing (for better or worse) to the team's performance. Feeling effective is key to my long term interest in a multiplayer game, and Overwatch does a great job of communicating those results to the player.

Did you forget about why you are here?

Surprisingly all of these key breakthroughs came outside of the bigger moments that really take Overwatch to another level, and that's pulling out dramatic victories with your gaming friends. I ran around with a group of 4 and as a duo throughout the weekend. We finally pushed passed the point of "laughing at ourselves for being terrible" to being able to work as a team to single-handedly change the course of a match.

Seeing the tide turn in a competitive match is what multiplayer gaming is all about, but few games can pull it off. Overwatch is one polished beast. It knows what it is and its wide appeal cannot be denied or feel more deserved. It's going to be a fun summer.