It's finally the right time to check out Necropolis, but Justin won't be doing this one alone. Aaron joins in and adds even more danger to this dungeon.

I can't tell if it was just the company I was keeping in my co-op play session or the game itself, but either way Necropolis is piece of that equation and it all added up to a lot of fun. Truthfully, I did not expect to have fun. I don't mean that in a bad way. At its best, I just expected Necropolis to beat us down until we respected it. Luckily, Necropolis doesn't take itself as seriously as its title screen leads one to believe. 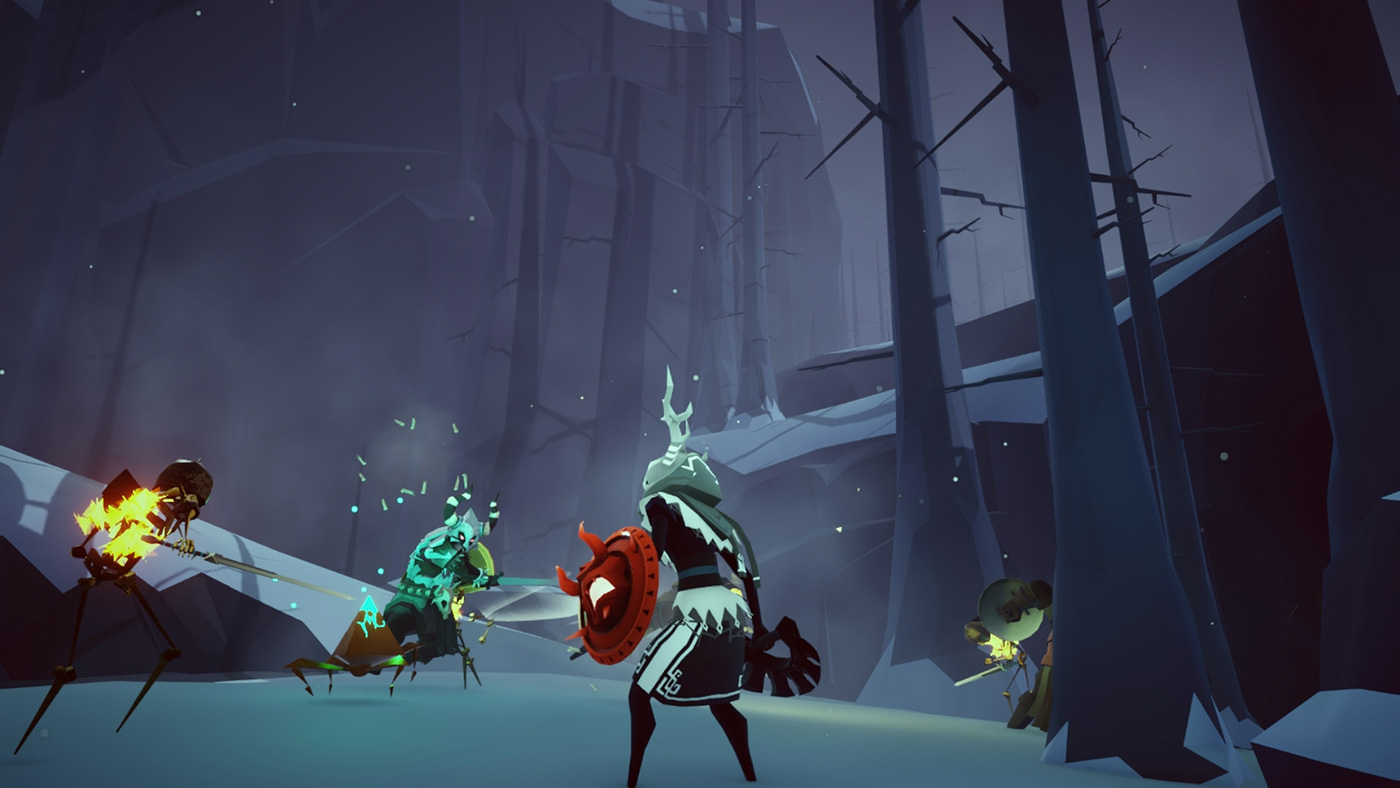 Co-op is a blast, and I don't think I can go back to playing solo. The combination of not being able to button mash your way through any enemy in the game alongside having to be wary of being hit by your teammate(s) keeps me engaged in every fight. At the same time, Necropolis never feels overbearing or stressful the way that other difficult dungeon crawlers do. It is a surprisingly casual exploration experience inbetween tense enemy encounters. That isn't to say that enemies won't suddenly ruin your adventure because you still have to be mindful of your environment. Necropolis doesn't take absolute pleasure in crushing your soul, which is a nice change of pace for a roguelike.

I'm a big fan of the loot in Necropolis. Mainly because significant new enemy encounters tended to reward us with new weapons or interesting looking new armor. The rewards felt fair and evenly paced, and that balance can make or break a good dungeon crawl. I also appreciated how the token currency worked during a run to get special rewards, and how they could be saved to purchase perks inbetween ones. I did always feel like I was making progress with my character after each failure.

I do think that fears of Necropolis being repetitive with limited variety of enemies and locations are fair if you want to spend a ton of time with the game. However, after 3 hours with up to 5 floors (best run) of Necropolis, I did not feel that type of content fatigue. I genuinely looked forward to finding something new in the next room and most of the time came away satisfied. Even when the enemy types become predictable, the combinations of enemies kept us on our toes. Although, I wouldn't want to be left without a partner or two for most of the later foes.

Again, I don't think I will play much more solo Necropolis, but this is totally a game I'm going to be pushing to get more of my friends to play. I'm sure Aaron and I will have a few more deep dungeon crawls ahead of us, and even more once we have a full crew. At that point, I have a feeling we will be more hazardous to each other than Necropolis will be to us. Which is exactly what I'm looking for from a fun run in a dungeon.