Still reeling from the loss of Rocket League not winning game of the year in 2015, I decided to put a list out there this year to try and help my recovery. But before I get to that, I need to tell everyone that Rocket League is still my real game of the year for 2016 as I played it more than any other game as did most of my Horrible Night compatriots. Now onto all the runner-ups:

Disclaimer: I haven’t finished most of these games but these are the ones that impacted me most during the 2016. 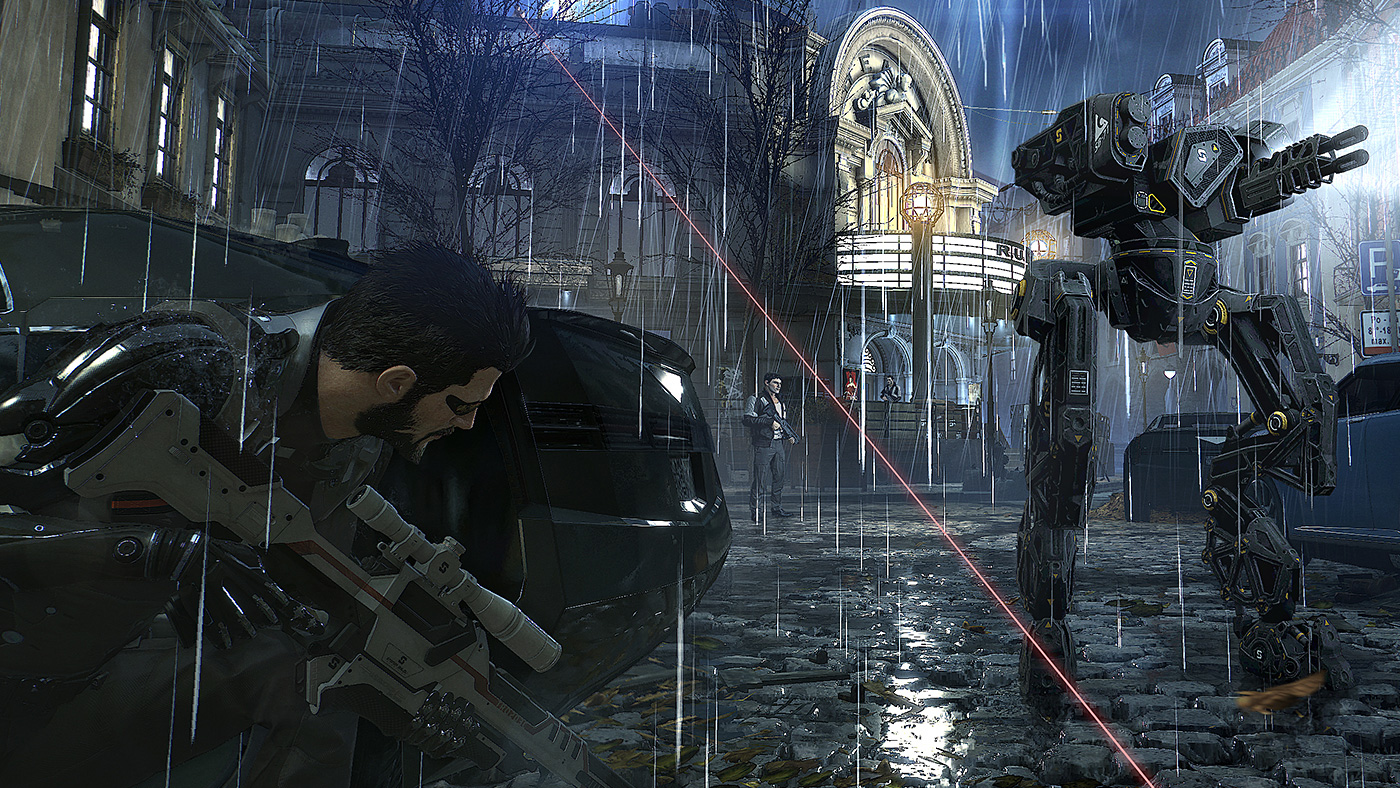 Got into Human Revolution a few years after its release so I was incredibly excited for the sequel to come out and was not disappointed. I haven’t gotten too deep into the game but I have played the first part of the game multiple times and enjoy it immensely. This is a game I’ve already gone back to in 2017 and will continue to do so. It might be my old game of the 2017 awards, as long as the Rocket League play drops off.

Got this game as a Christmas present so, again, haven’t dived that deep into it yet. However, the impact its story made on me from the very start when you are playing as a young Nathan Drake up until the “normal life” Drake with Elena had me relating to these characters in a different way than the previous 3 games. For a 4th game in the series to get me to finally care about these characters is impressive so it had to be on the list. It might have ended up higher if I played it through to the end so keep an eye out for this game on next year’s list as well. 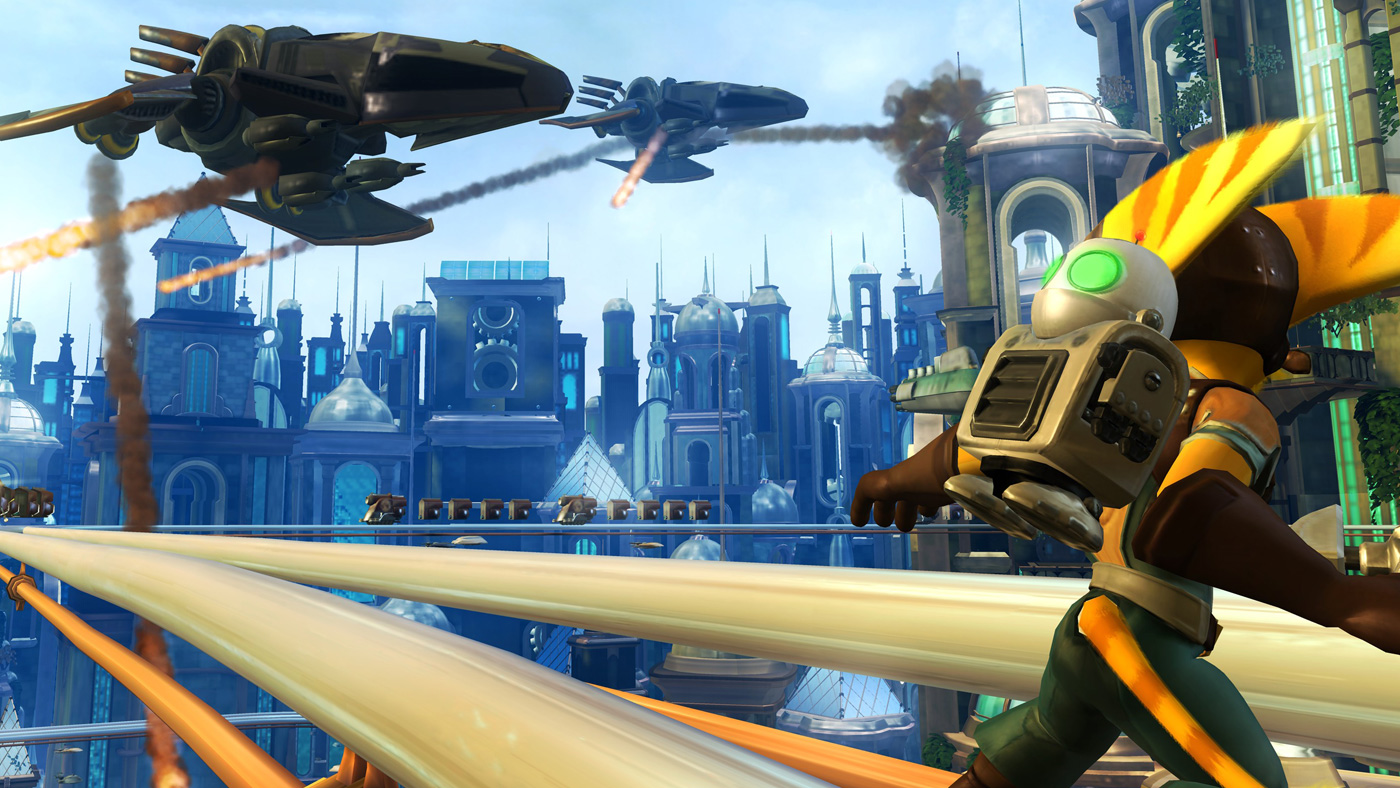 For someone who has never really played a game in the Ratchet and Clank series I had none of the nostalgia when this game released, which I think actually helped it land on my top ten list at the end of the year. Outside of the clever weapon design and the wittiness, the game is absolutely gorgeous on a graphical level and I enjoyed looking at it as much as I did playing it. Sometimes you need a game with somewhat simple mechanics and a straightforward premise. That’s what I got with Ratchet and Clank this year.

For a moment I had penciled in Tricky Towers as this year’s Rocket League for me. It had a competitive element, it was free on Playstation Plus, and it was a fun game to get in and out of quickly when I didn’t have a ton of time for a more involved game. Of course, Rocket League was this year’s Rocket League but Tricky Towers as a physics-based Tetris/Jenga combination was an enjoyable known quantity every time I jumped in. The various modes kept the game fresh between play sessions and it will be something I continue to go back to from time to time.

Another one of the games I will continue to go back to in 2017, as this is one game that I watched being played more than I actually played it, is Hitman. I went to sleep watching a ton of Hitman play sessions as well as did a few videos on the site with Justin. It’s a game full of possibilities. When I started my own play session, it wasn’t just a retread of what I had previously watched. Most games can’t do that and that is why Hitman is on my continue to play list in 2017.

Hyper Light Drifter was one of those games that I didn’t really know much about pre-release outside of really enjoying the graphical style. After hearing from Justin about how good it was, I knew that I needed to give it a chance since it's right up my alley. As I mentioned above, a recurring theme of this year’s list is games I haven’t finished but this one was due to its difficulty and my struggles. I have started this game three different times and have gotten further each play through. Now that I’m near the end, I keep getting destroyed by some of the bosses. Hyper Light Drifter is not for the weak, but it’s a great game that everyone should give a shot.

As a follow-up to Limbo that was announced seemingly only weeks before it was released, I knew this was a game that I wanted to try. Turns out, I was right to do so. The puzzle design, while not always my cup of tea, was extremely well done and innovative. The graphical style was a logical leap from Limbo’s silhouette-heavy style. It made the deaths of the protagonist more gruesome with the addition of just a splash of color. Then, we have the ending section. Going through the whole game thinking one thing, only to have that rug pulled out from under you in an extremely unique and mystifying way was one of the better surprises I’ve had in gaming. I'm looking forward to Playdead’s next game even if it is similar to Limbo and Inside. 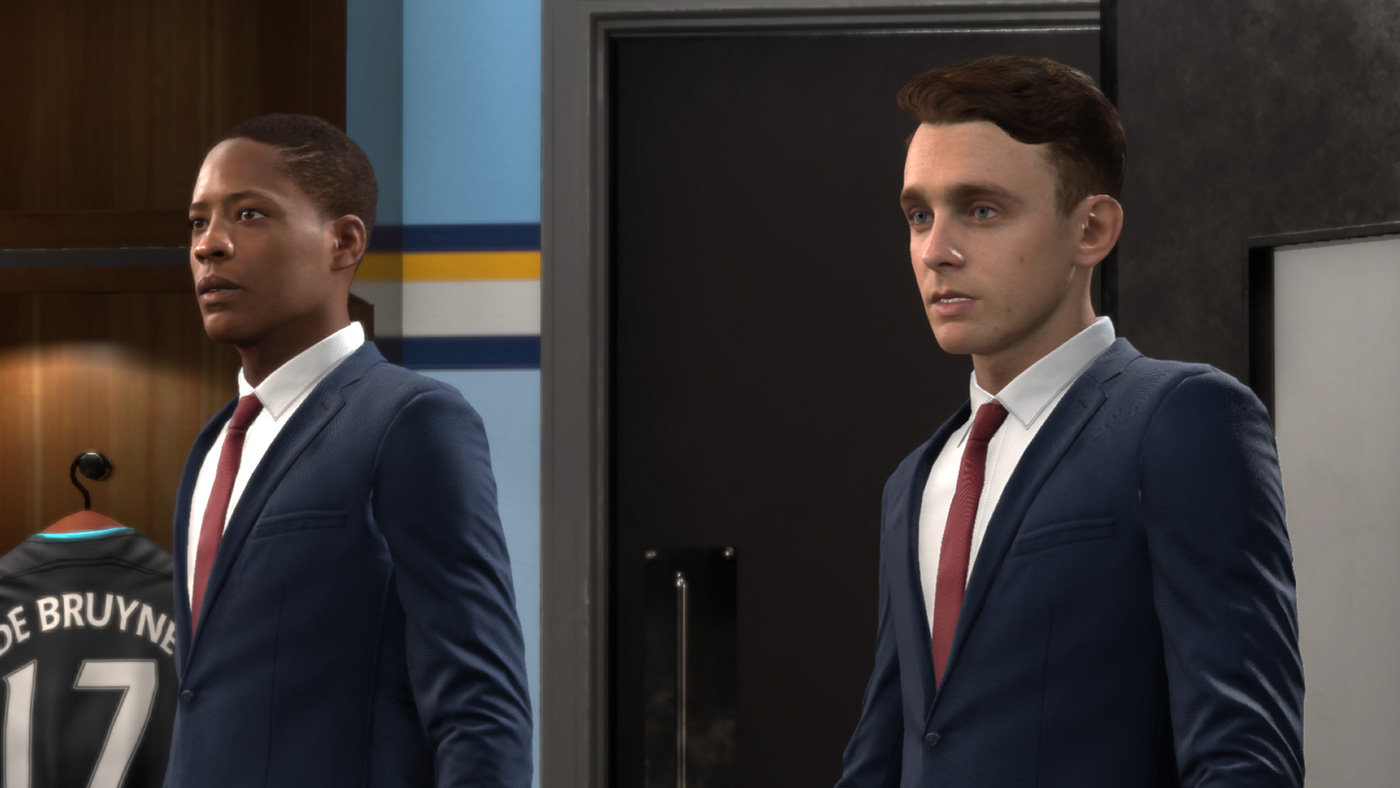 What the hell is a sports game not named Rocket League doing on my top ten list? When you have a story mode like FIFA 17, it’s bound to happen. I’ve been getting into soccer more and more over the past couple of years to the point where playing it myself seemed like something I should try and do. Seeing that I am slow and out of shape meant that FIFA was the only logical option and I’m glad I picked this year to dive in. The Journey mode has you playing as Alex Hunter, a young man looking for a shot at making a Premier League team. From the moment this mode began, I immediately connected with Hunter and wanted to see him succeed with the added pressure that it was all up to me to make it happen. I know there has been other modes like this in other sports games, but FIFA 17 knocked it out of the park. 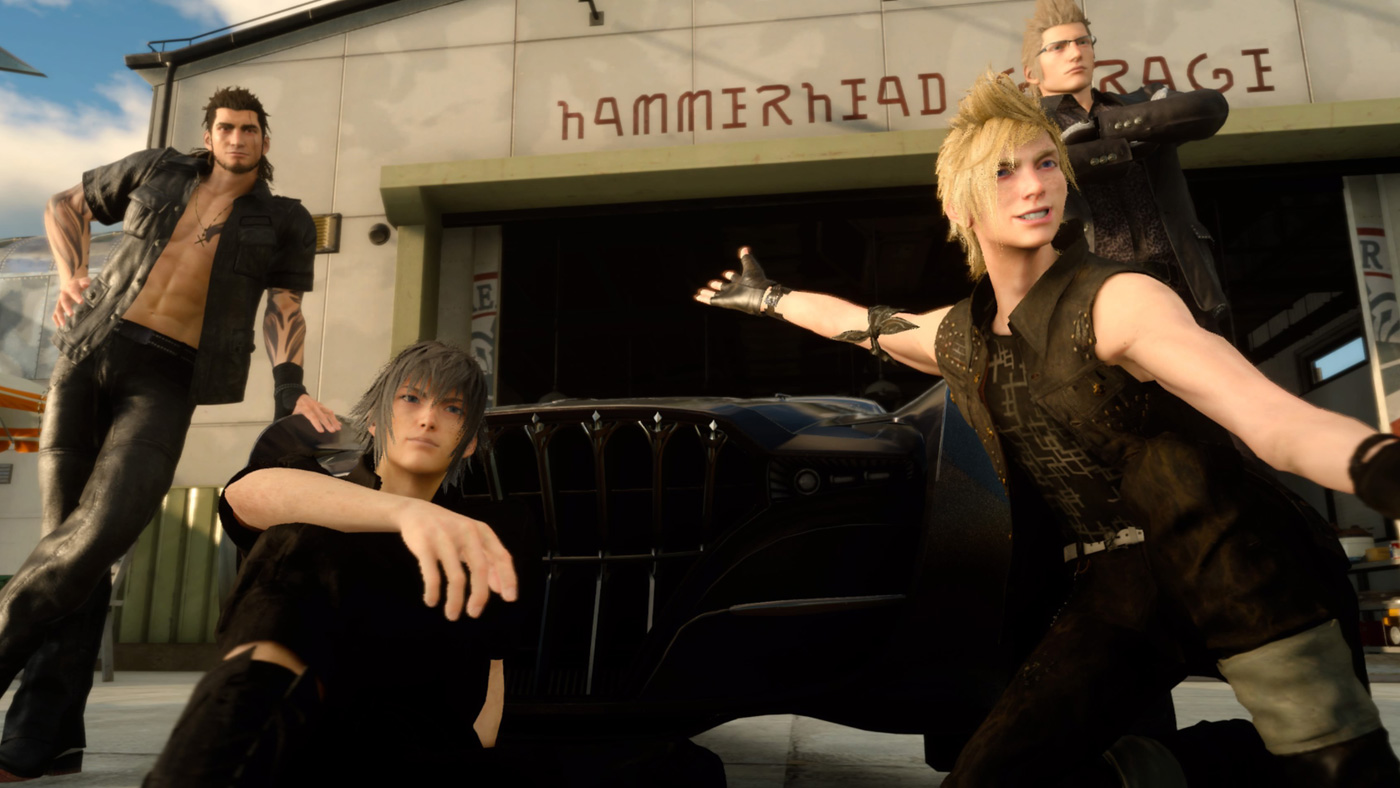 I preordered this game after I played the demo in early 2016 and I was worried. I loved the demo and how weird it was, but I’m also the guy who has been burned by the quality of Final Fantasy games in the past. With the development taking over 10 years, I thought for sure this would be another disappointing miss in the franchise. Needless to say since it’s number 2 on my list, I am extremely happy with the results. There are so many ways Square Enix could have screwed this up (and it's still not perfect) but everything that I’ve played (30+ hours) I have enjoyed and can’t wait to see it through to the finish. 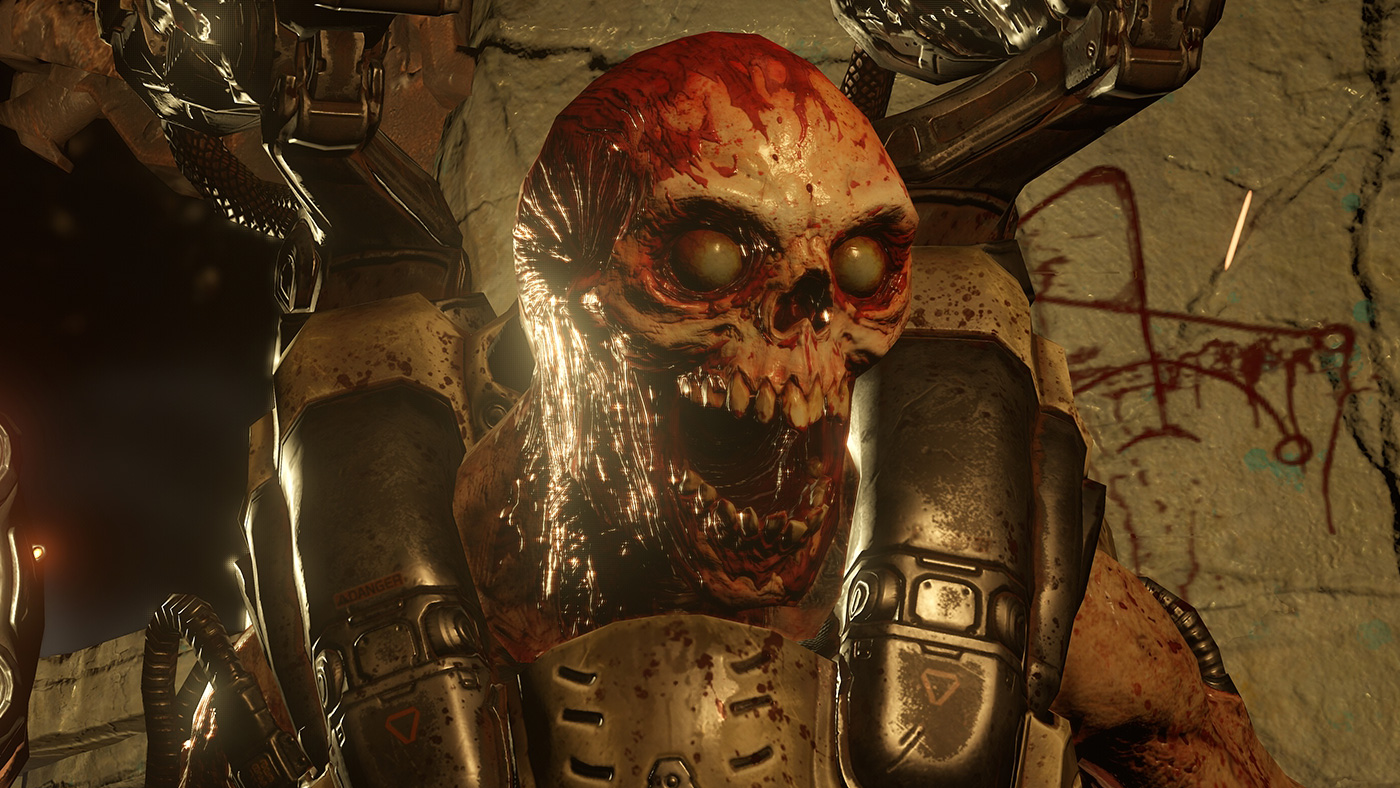 How the hell did a first person shooter make it to number 1 on my list? When you bring quality, innovation, and wrap it up with a extremely pleasing aesthetic both visually and aurally…aww, fuck it. It’s fun as shit to shoot demons with various weapons and punch their faces in half while ripping off a horn only to use it to impale a demon’s face. The biggest surprise of the year not only for me but I think the entire gaming industry. id Software created the best first person shooter at least in the last 15 years, if not ever. The gameplay choices were fantastic across the board and the platforming was a welcome break from being stressed out during the battles. Looking forward to playing more of Doom and hopefully a Quake reboot in the same vein someday.