My 2016 in gaming is probably best described as your junior year of college where you experimented and tried new things you probably won’t tell your kids about. Ever. Like that time I played 82 hours of a 4 year-old game. It was also known as the Year of No Chill, a moniker which goes well with having a new baby in the house, the grease fire known as Batman vs. Superman, and my Game of the Year. As is per the usual, not all of my games are going to be from 2016 and I’ll indicate that as we go along.

Superhot doesn't actually make the official list because I didn't play the commercial release until 2017 (although I played the original demo shortly after it came out). However, the experience of killing red guys in slow-mo and then watching it at full speed like I'm the love child of Jason Borne and Jackie Chan is fantastic. Also, the plot is super weird and I can't wait to figure out what the hell is going on.

Although I wrote about it briefly on our Games of 2016 feature, I have to give Hyper Light Drifter a non-ranked spot on my list. The game just isn’t for me. However, I can recognize that it is both a really good game and an absurdly well designed game so I had to mention it and you should probably play it. 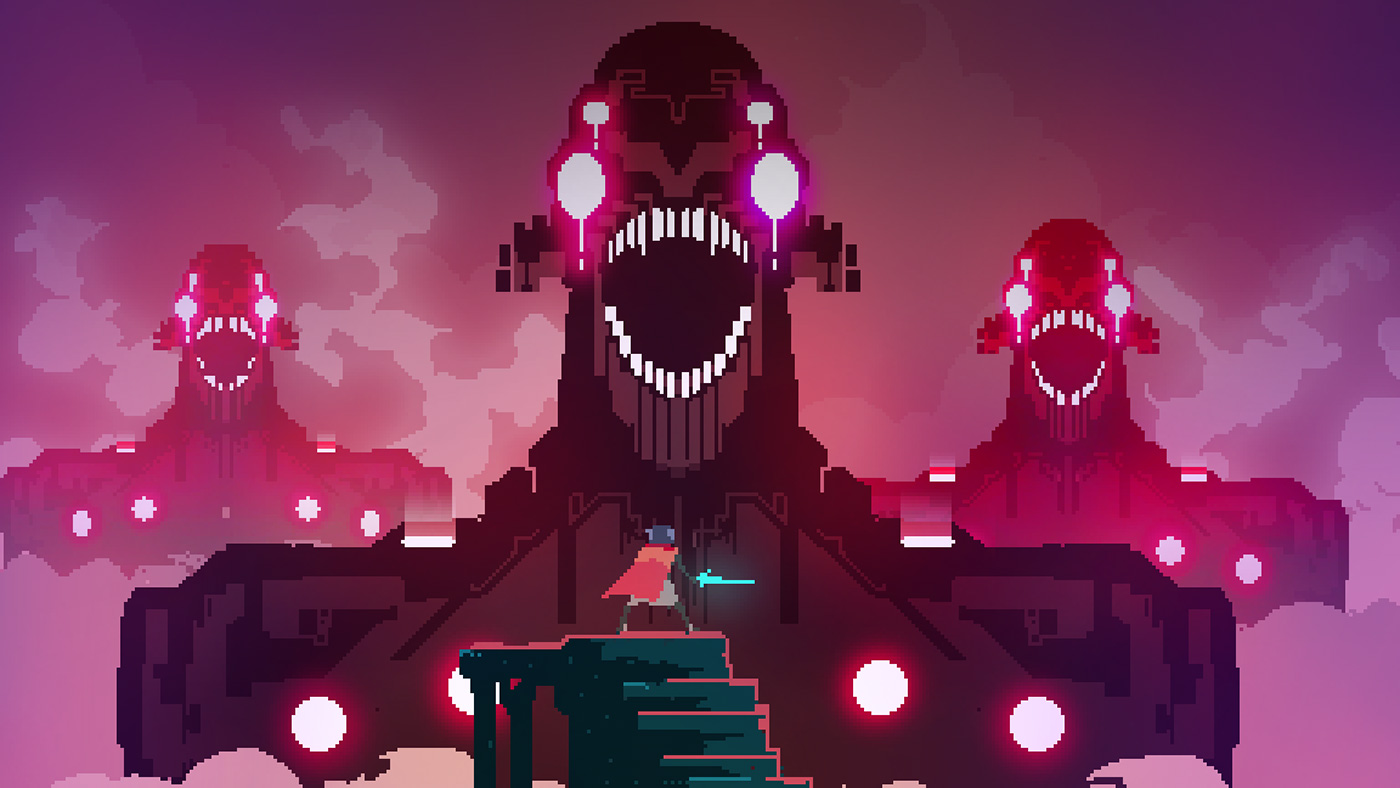 This is not a particularly great game. I’m going to get that out of the way upfront. Telltale threw in a couple of (very small) tweaks to its standard model (like the Batman signal that builds in combat until you can do a ‘finishing move’) and called it a day. The thing is, I like the Telltale model and when you write a really good Batman story that spends more time examining who Bruce Wayne really is (and doesn’t rehash Year One), I’m going to have a really good time playing your game. So, despite its flaws (of which, gameplay wise, there were many), it’s on the list because it was one of my favorite storytelling experiences of the year.

Gears seems to have gotten lost amid what at least feels like a year of big games. However, I sure didn’t want to neglect it because, after a missed step, Gears is back and, despite historically having been the bro-ey-est of the bros, there were some things going on in the storyline that not-too-subtly touched on race and class divisions that I was surprised to find in a game with chainsaw machineguns. Additionally, this new chapter in the Gears franchise just felt really good, which I wasn't expecting from a game that I was expecting to build on 10 year old mechanics that might not have aged well. My initial reaction to its trailers was, “Oh, look, more Gears. What’s for lunch?” However, the progenitor of Horde Mode kept the original (awesome) formula while introducing some intriguing new tweaks, the roadie-run at 60fps looks really damned good, and Microsoft’s Play Anywhere mode worked flawlessly for me. Early 2016 Gifford would be shocked, but Gears 4 is absolutely one of my Top 10 of 2016. 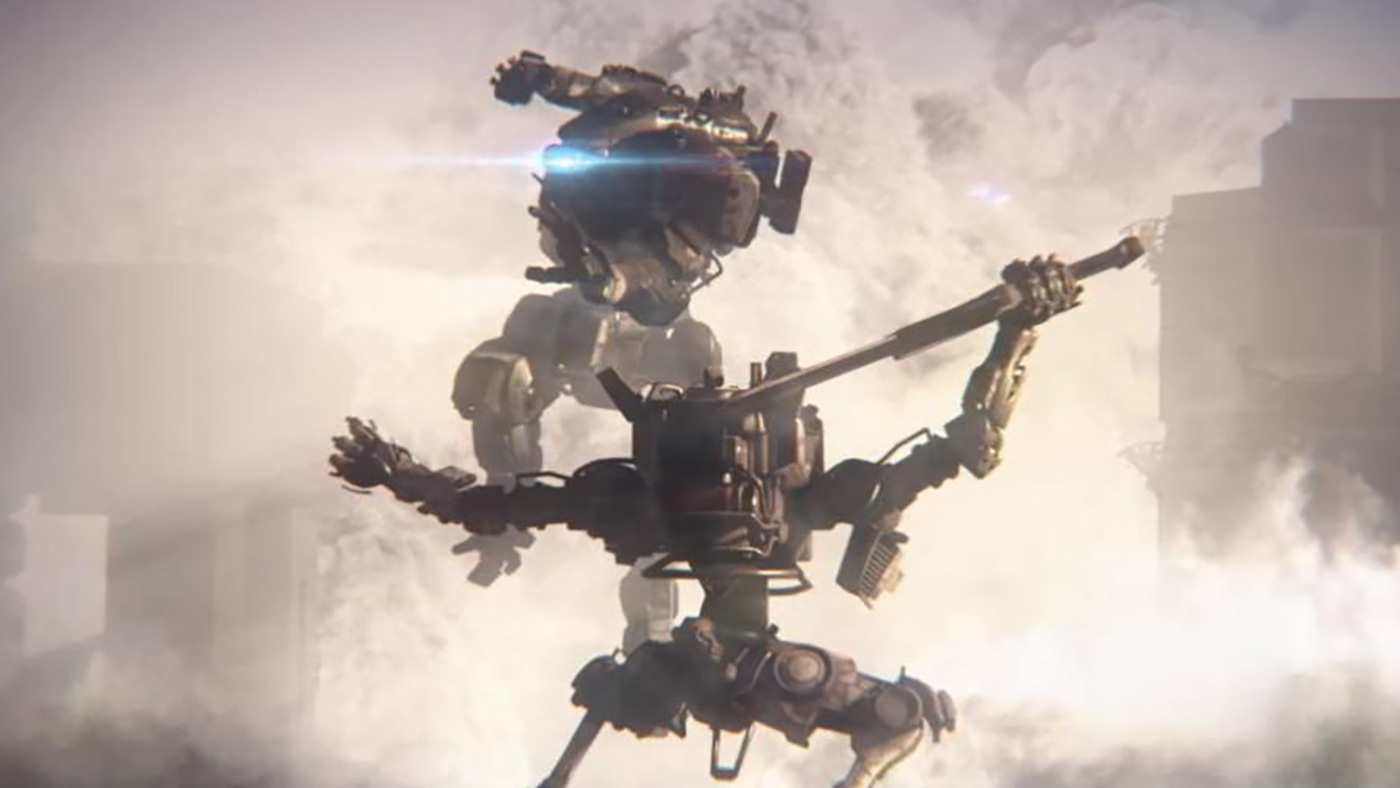 Titanfall 2 is on the list for two very specific reasons: BT is my Garrus Understudy of 2016 and it’s teaching my kid to use dual thumbsticks properly. Although it was absolutely outshone by Doom, this sequel maintains separation from the standard shooters (and my appreciation) with some slightly wacky guns, a verticality and mobility that make it so much more fun than Call of Battle Duty(TM), and giant frickin’ robots. It took the beta test that was Titanfall, gave it an actual (and fun) single-player campaign, and kept the smooth multiplayer. I’m likely to be popping in and out of Titanfall 2 well into 2017 because punching a pilot desperately trying to escape your titan and watching him devolve into a red mist never gets old.

I don’t care how old this game is or how much it violates my “pixel-art games in 2016 are stupid,” rule general guideline. I love this game. Its soundtrack is slightly haunting while also having some echoes of the original Metroid and Blaster Master. There’s enough chaos to create tension without being an overwhelming stress-fest like AI War: Fleet Command. It has a wry and dickish sense of humor. And it has space slugs. ‘Nuff said. 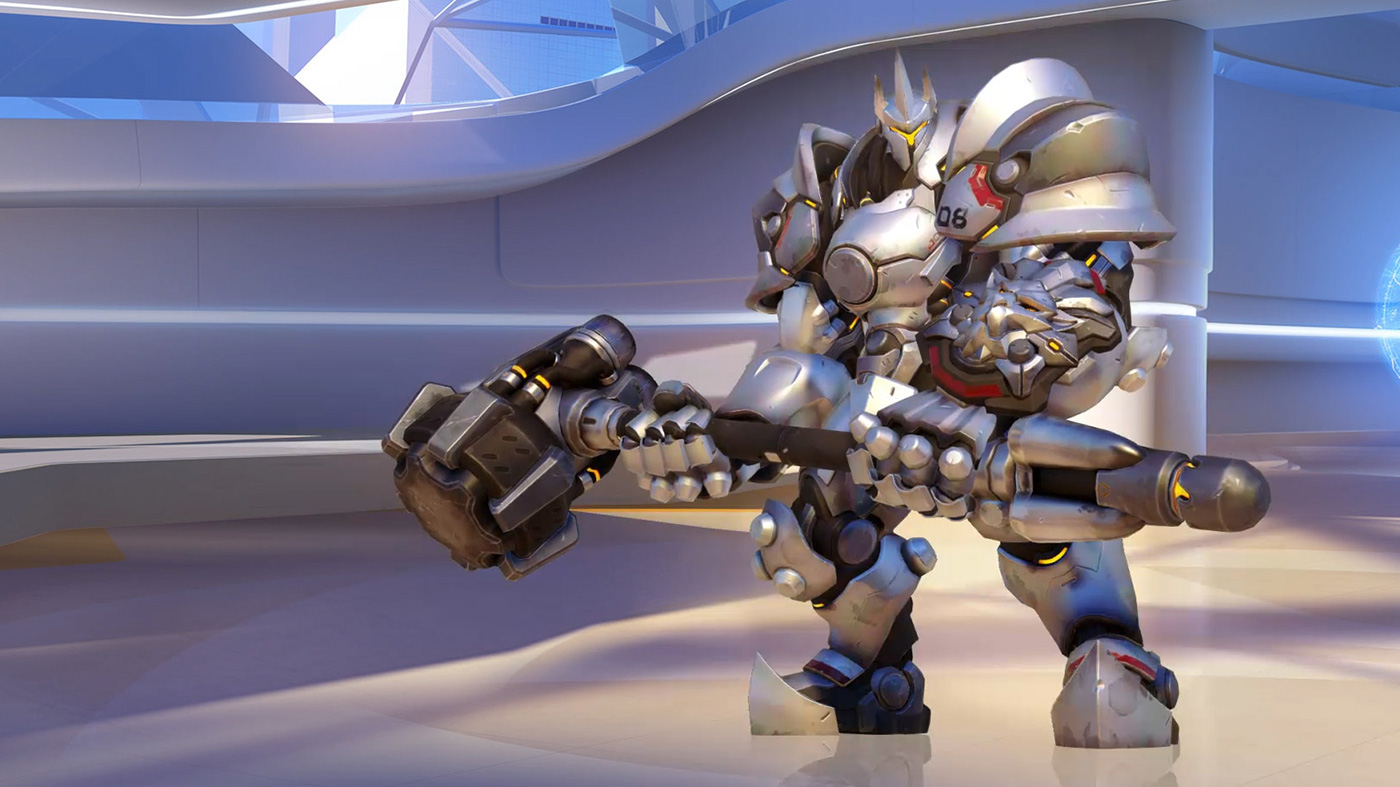 Having been out of the PC gaming environment for several years (and having never gotten into WoW), it was easy for me to not internalize just how damned good Blizzard is at making games. I’ve been playing Overwatch on and off for 6 months now and every time I go back, there’s something fresh to hook me, the game’s polish remains apparent, the post-game stats are always positive, and Reinhardt makes me laugh every time he utters a voice line. Even more than Gears of War 4, Overwatch continues to surprise me how much I enjoy it.

5. Ori and the Blind Forest

You’d think after 6 years, I’d have come to the realization that when the other dudes here won’t shut up about a game, I should probably stop being stubborn and play it. Coleman wouldn’t shut up about Ori, yet it took me almost 6 months to sit down and play the whole thing through. And then, when I finished playing this metroidvania, I was sitting there beaming while trying not to cry because holy shit, what a beautiful game. I still can’t believe that a side-scroller managed to evoke that kind of emotion and be a fantastic entry into the genre. 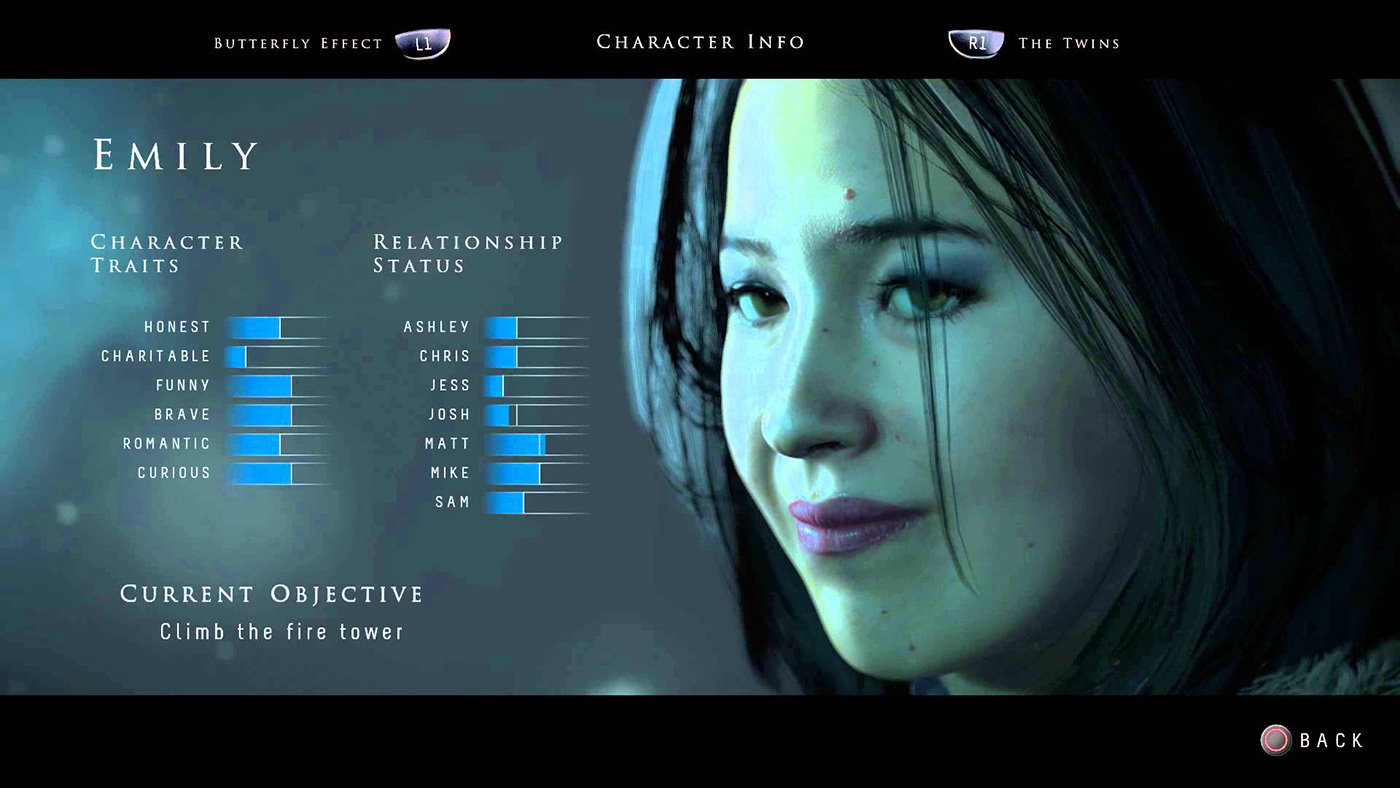 There are few things I like better than watching beautiful twenty-somethings die horrible deaths. Oh, stop it. If you didn’t love it, there wouldn’t be seven Saw movies. I’ve played through Until Dawn about 1.5 times and I have a hard time getting tired of it (although the ‘twist’ was a little tired, groan-inducing is a part of the genre). I’m almost certainly going to go back because, while I did intentionally kill one of the campers because she was both a terrible person and annoying, I lost a wolf because of an unlocked door, a dude to a missed cue, and a gal to curiosity and I’d like them to live. Since it’s out of character for me to want slasher-bait to survive, Until Dawn survives to make the list.

German Shepherd at my side. Nuclear-powered suit of armor with fuel rods galore. Thousands of rounds of .556. A massive post-apocalyptic world to explore. Tom Brady is almost certainly radioactive ash. How can I not love this game?

At some point, foolishly within earshot of Justin L., I said, “I miss X-Wing Alliance. Man, I need a space shooter.” Combining this with his relatively newfound knowledge that regardless of how many hours I’d put into Dragon Age, I really don’t care for fantasy settings, he proceeded to give me a list of five or six sci-fi themed games I should play. I started with Rebel Galaxy and really didn’t progress past it because: Oh my god I love this game so much. Fly around the galaxy having what amounts to old-timey naval battles with broadsides and crossing-the-T, doing a little trading, and aiming to misbehave courtesy of some of the old Diablo devs? Shiny. 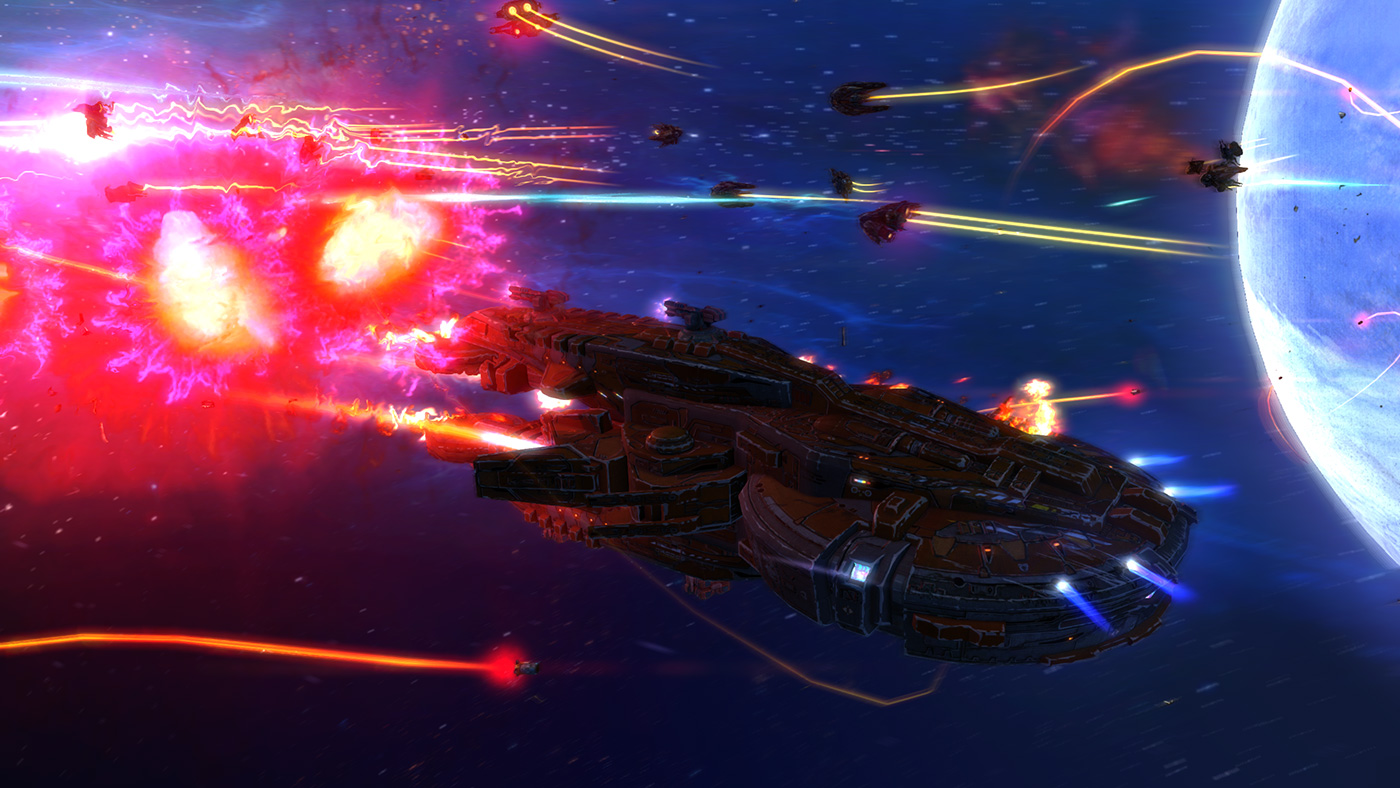 If you haven’t played it, I just summed up a half hour of playing Doom for you. I’m not sure how id grew reproductive organs big enough to look at the modern FPS and come away with, “All the guns! No cover! Punch them in the face! ROCK!” but they did, and the result was the most metal thing since Lemmie Kilmister’s birth. I’m getting a little sweaty just thinking about the experience and my shotgun finger is getting itchy. Doom was so...not Call of Duty that it was a breath of fresh air (after a shot of everclear). It looked amazing, it felt amazing, and hearing evil-Bishop telling me about harvesting clean energy from the souls of the damned from an 8 foot high robotic skeleton right before sending me to kill Spider Satan was the post-coital Marlboro Red I needed after years of formulaic shooters. Hail Satan, Doom is back.