Two hours in and I’m in love. Cosmic Star Heroine wasn’t even on my radar until after I saw 5 minutes of Giant Bomb’s Quick Look. Having briefly played Breath of Death VII, an earlier Zeboyd game, I was worried that it wouldn’t stick with me. BoDVII was unable to grab me for whatever reason. So far, CSH has got its claws in deep. I even woke up early for work and just to play for an hour in before I had to leave.

What’s great about CSH is that it stars a female protagonist and the story and setting have pulled me in right away. Most of the JRPG’s I’ve played have been male dominated so it’s a nice change from the norm. It’s been described as a cross between Chrono Trigger and Phantasy Star. I’ve never played a second of a Phantasy Star game but as soon as I heard the word Chrono Trigger, I clicked buy. 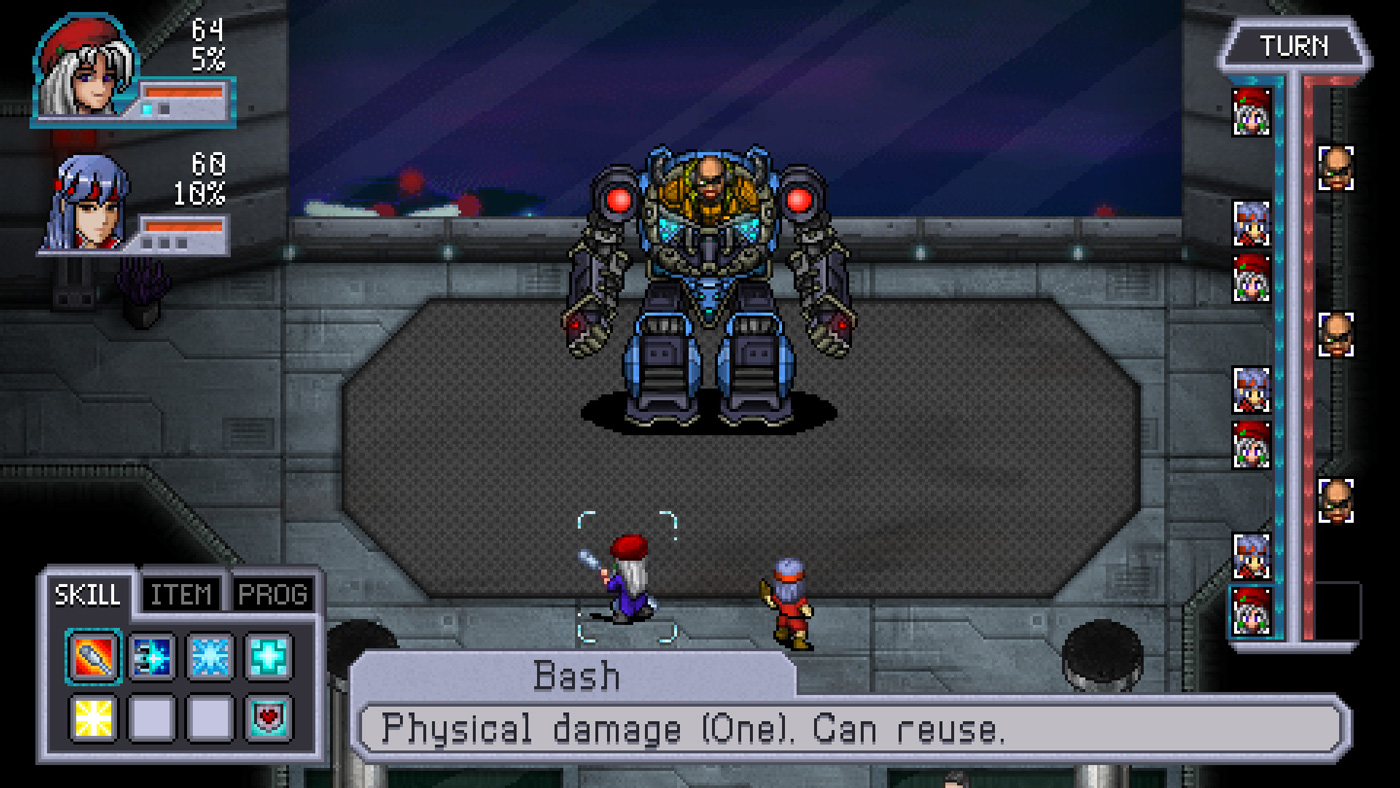 While the game world has been awesome so far, the battle system is what can make or break a game like this. The system that Zeboyd has created is so refreshing that I can’t wait to get back to it just to fight more robots. It’s similar to Chrono Trigger in that you can see enemies on the screen and avoid some fights if you want to. I don’t think you will want to avoid those fights thought. Zeboyd has changed up the normal Attack, Magic, Item, and menu systems found in the classic JRPGs it’s harkening back to. You have “Abilities” that can be put into 8 different slots. Those abilities are gained from leveling up, though you don’t get an ability at every level. Some abilities can only be used once per fight unless you “defend” which recharges the abilities. There are also shared items and programs with equippable items that can only be used once per fight as well.

I can go on and on about Cosmic Star Heroine after my brief time with it, but I don’t want to give everything away. If you haven’t been into JRPG’s before, I think you should give this one a shot. If you are someone like me who has played a ton of these types of games, Zeboyd has created an interesting and refreshing take on a pretty traditional genre.

Justin Lacey - I wasn't going to buy Cosmic Star Heroine because when I see a JRPG I think to myself, "That looks fun, but I don't have time for that." Cole, though, wouldn't shut up about it. He wouldn't yell to me about a generic game with as much effort as he was putting into fighting for CSH. I'm glad he did, because it hit me right in my Final Fantasy VI soft spot as soon as the game started.

Zeboyd seems to have refined their JRPG design even more than I realized. Cosmic Star Heroine gets right to business and everything about the game feels snappy. Initially it feels like it is full of the best meat of a good JRPG game without the grind or lulls between great moments. It just focuses on going from one memorable and fun moment to the next. This is all hinging on the battle system that forces you to make quick strategic decisions. The results are fast and engaging fights that don't overstay their welcome and are fun to win. I'm making room for more Cosmic Star Heroine.