I'm not sure where I wanted arcade basketball titles to go in the last few years. I've learned that I don't just want a straight up roster update to an old formula, but arcade games are also really easy to overcomplicate to the point where they aren't fun to play. The initial trailers for NBA Playgrounds gave me hope that Saber Interactive had found a new mix of classic and contemporary features.

I wasn't wrong. I did see something in the trailers. There is something to the core of NBA Playgrounds. There is a fun game here. Unfortunately, everything around it just wants to get in my way of playing the game I want to play. 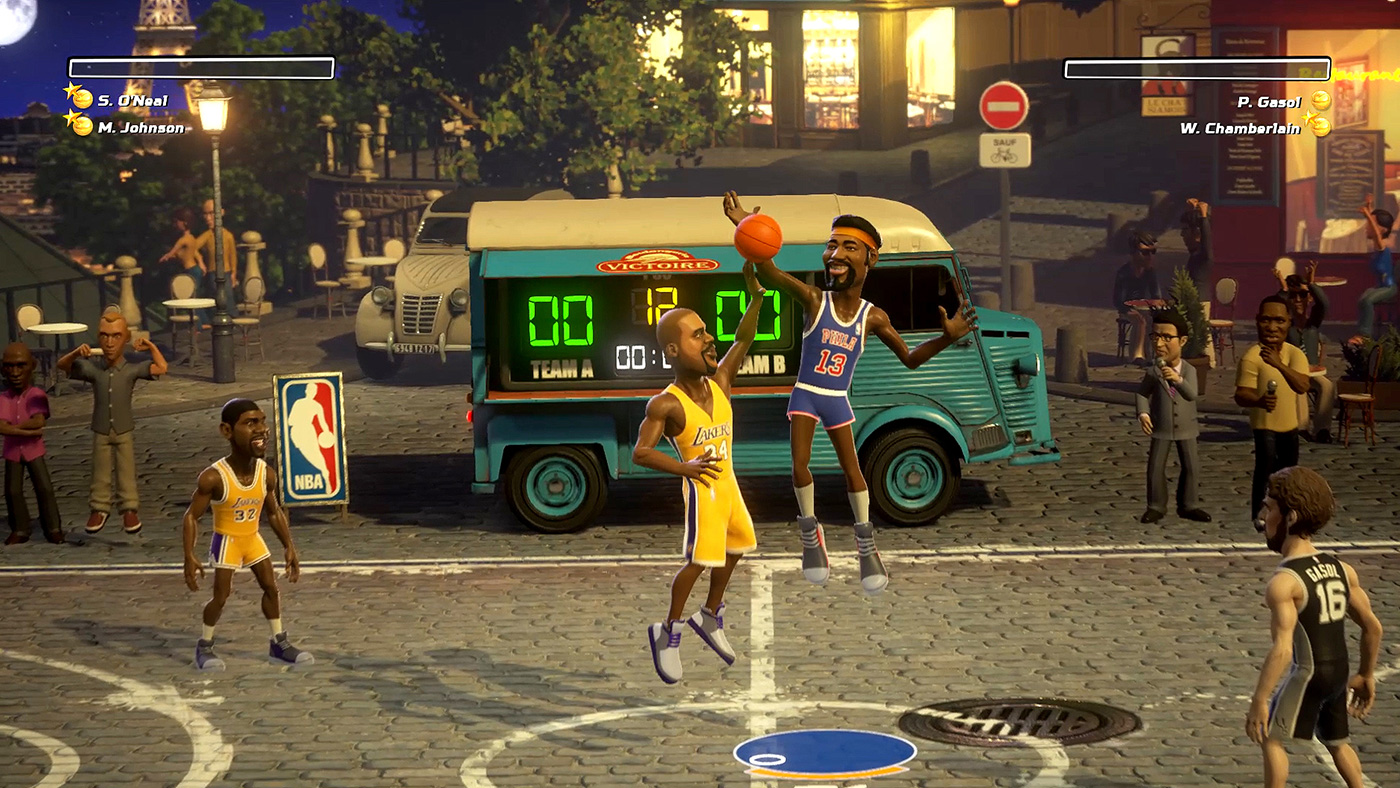 I can't get past the pacing issues from the awkward pauses before inbounding the ball to the frustrating stamina meter that makes my risks too risky and the rewards not satisfying enough. Add in a clunky card-based unlock system for a lot of players I don't know, bad announcing, and some unbalanced and unfun power-ups and I struggled to find a reason to stick with NBA Playgrounds.

There was a reason I bought the game though. Online multiplayer. Unfortunately, it's incomplete. At the time of my purchase (on PC) you can only play random ranked games against other strangers online. You cannot setup private matches against friends. In some games I could let this slide. Some games would promote themselves as unfinished or early access, but the fact that Mad Dog Games published this game in this state is a joke. Blatantly cashing in on the NBA Playoffs instead of releasing it when the game was ready was the last straw for me. I feel duped. I'm done here. Brick.

NBA Playgrounds is available now for PC, PS4, Xbox One, and Nintendo Switch.