Inbetween all the running and screaming, Justin and Cole are just looking for someone to hug in the dark. Maybe a little food would help, too.

I can't remember what made me try Little Nightmares as I though I had had my fill of abstract puzzle platforming games. I remember writing it off and then a week or so after release it just kind of stuck in my brain. I couldn't shake it. Maybe it was a screenshot or the feeling that got tied to it, but I kept finding myself looking at it on the store. I guess I just had to know, and I'm glad I now know that I really like Little Nightmares. 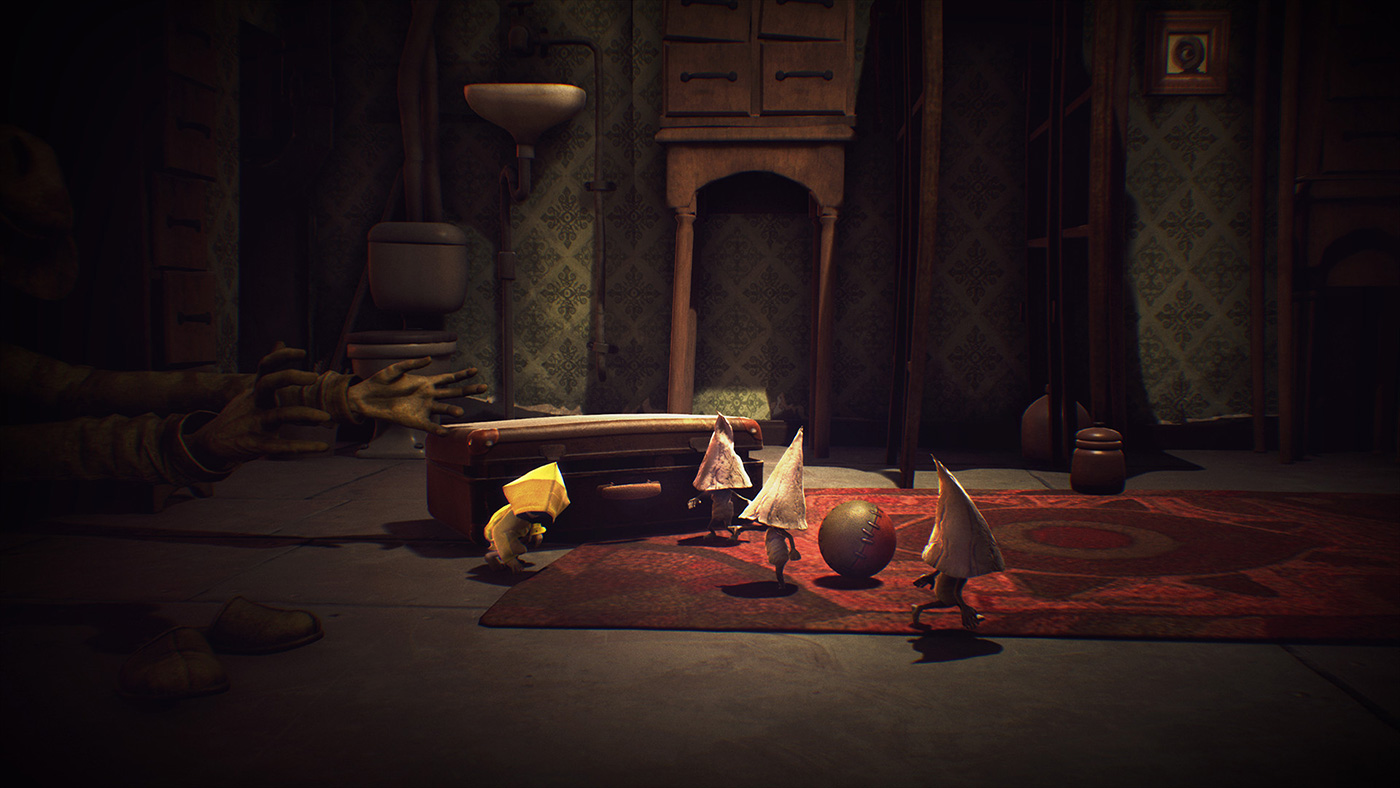 The last thing I expected from Little Nightmares was to be entertained. That may sound weird, but even on the high side of my expectations I thought I'd just be creeped out or some moment from the game would be so disturbing that it was seared into my memory forever. Instead I actually genuinely enjoyed playing the game and exploring its atmosphere. There's a lot of texture to the world and characters, especially for a game without any narrative/dialog to be read/heard.

Little Nightmares pulled me in immediately with clever moments that revealed its simple control scheme without taking me out of the moment with button prompts or pauses. I was able to figure things out as I explored it at my own pace. The swaying of the level as the boat you are on rocks back and forth gives everything a small but constant momentum even when you are meant to stand still. I found myself always wanting to press forward even when I was scared to death as to what was around the corner.

A couple hours in and all of the payoffs have been satisfying. Survival is earned without making the deaths and failures feel cheap. Every standout moment builds off of the previous one so that the swings between dread and elation feel organic and memorable. It makes me never want Little Nightmares to end.

From what I've read, I've only got a couple hours left of Little Nightmares. The only reason I wouldn't finish it is so that I'd feel like I always had more to play. However, I really want to see what other enemies the game is going to throw in my way. I also have to get this girl off the boat, whatever it takes.