When I originally played Disgaea 1, I had a lot of time for video games. It felt different than anything I had played and became my game of comparison for all tactical RPG's going forward. Looking back it actually has a lot of features and stylistic choices that would put me off from a game in 2017. I'm not a huge anime fan and these days I tend to avoid playing addictive games that can pull you in for multiple hundreds of hours.

Let's get into it

After watching the intro and playing through the first tutorial battle of Disgaea 5, a lot of my initial fears were laid to rest. I loved the main characters of Disgaea 1, Laharl and Etna, and I was worried that I wouldn't have that same connection to Disgaea 5. It turns out that Killia and Seraphina are cut from the same archetypes as Laharl and Etna, and the gameplay itself felt like home.

It may see like a small victory, but you need a hook to pull you into Disgaea 5 if you are going to stick with it. Disgaea games are convoluted and somewhat impenetrable. I read reviews that basically say that Disgaea 5 revels in its aimlessness. It's not that there's not a story to follow, it's just that there's too much to do. Leveling characters and managing their equipment is one thing in an RPG. Disgaea allows for every item in the game to be leveled up by literally jumping into battles inside of the item. This means it's easy to get sidetracked from the tangents you took at the original fork in the road after you ended up on the opposite side of the map from where you expected to go when you selected 1 of dozens of quest objectives. 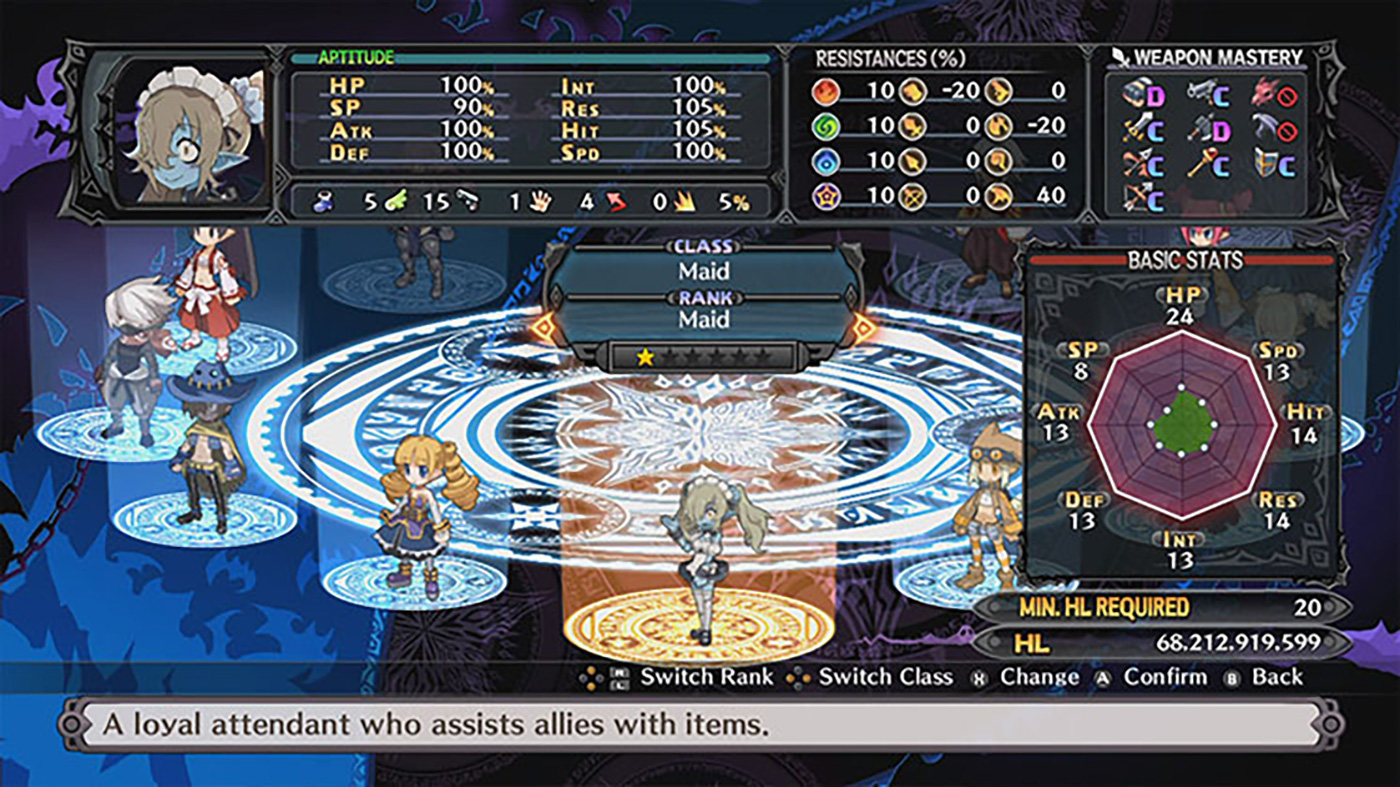 Why would I do this? Why should you do this? Selecting one execute command on a battlefield that has destroyed you multiple times to see methodically devastated by an endless combo full of beautiful animations and entertaining anime screams makes it all worth it. When you figure out what you are doing in Disgaea, the elation of victory is unmatched. I'm playing to become an awesome demon general with an army of quirky allies that I love to despise alongside a few exploding penguins for good measure. I want to become good enough to casually kick all asses on my Switch because I never knew how much I wanted a great portable version of Disgaea.

Ironically, this means I haven't been playing Disgaea 5 much in the past week. After the tutorials, I started reading online guides and watching handfuls of YouTube videos. I want to make sure I prioritize the right quests, items, and characters so that I've got a powerful army as quickly as possible. I want to be able to play Disgaea 5 without worrying about the details or micromanaging my quests. I want it to become second nature so that I can play it regularly in short sessions inbetween other games. It's intimidating and I don't know if I'm up for the challenge, but I'm willing to fight for a great tactical RPG fix. Disgaea 5 and the Switch feel like the perfect combination.