The evolution of Aaron’s take on Volition’s new not-Saint’s Row entry has been nuanced and hasn’t taken any giant lurches in one direction or another aside from initially being positively disposed, but it has followed a gentle downward trend towards mediocrity.

Although we are not and have never been a review-centric site, sometimes enough behind the scenes conversations take place that are just too good to throw away without letting them see the light of day (with some selective editing for clarity and context). Aaron’s take on Agents of Mayhem over the course of a few days was absolutely one of these times.

[The following has been edited, cut up, remixed, and generally made coherent to reflect something approaching a review and it's a collaboration between Aaron and Justin G.]

I don't know, fellow humans...I think Agents of Mayhem isn't hilarious but has been humorous enough for a game where I'm shooting faceless goons all day, er’r day. I can't decide if it's in fact trying too hard or is just one big, stupid caricature so of course it's like this.

Whenever you load into the HQ, it does GI Joe inspired "life tips," and the last one I heard told me to, "Learn to swim. That's it. That's all I've got," and I audibly laughed. The voice actors are committed to the schtick, so I can at least respect the effort.

After a weekend and a solar eclipse, Aaron maintained his sunny disposition, although his words picked up a bit of a shadow as the game’s strengths failed to outshine its weaknesses. 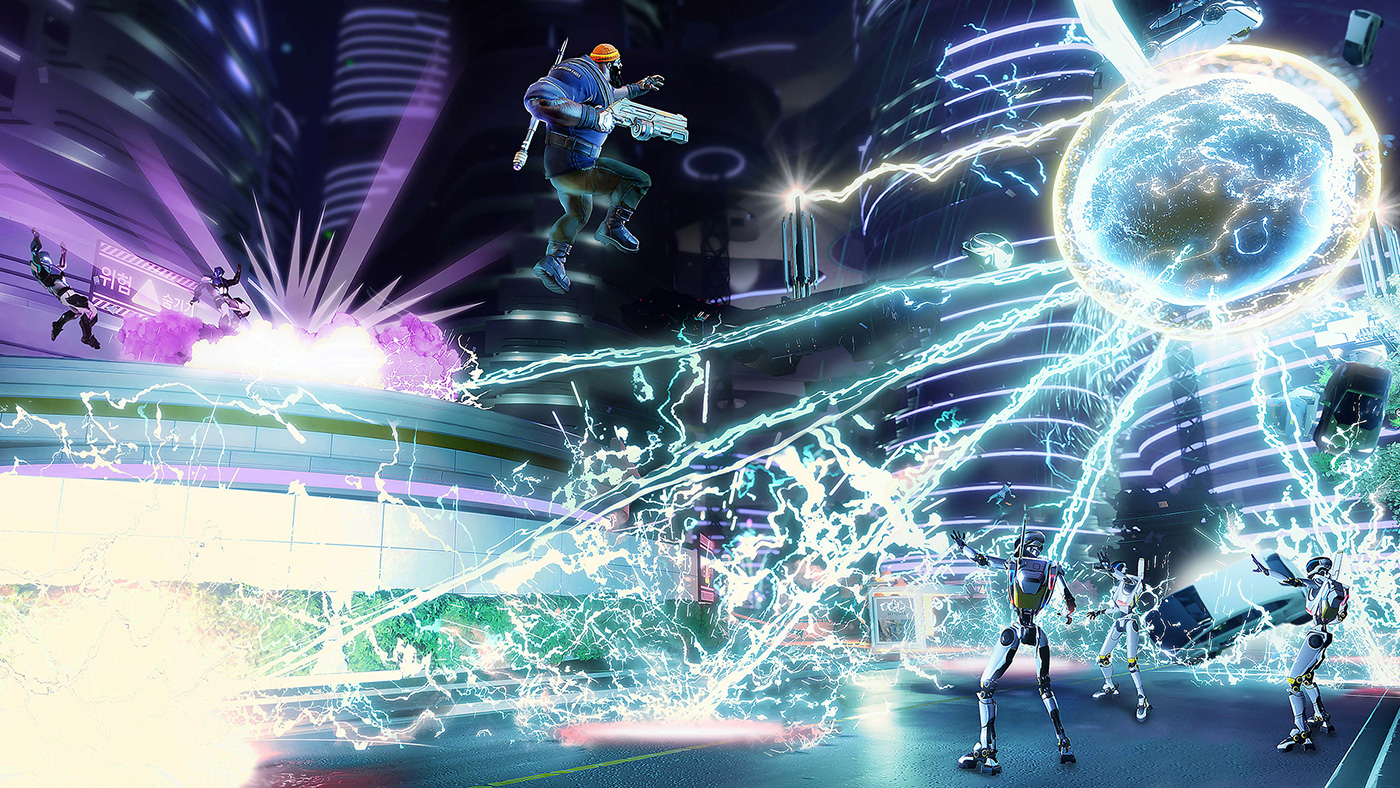 I've gotten through two boss fights so far and I can agree with most of what the reviews say, but I'm not as sour on it. Overall, I think it disappoints more than it delights as I think of all the ways I'd want it to be different, but the criticisms about the jokes/writing is the area that doesn't fully gel with my take.

Most of what I chuckle at has nothing to do with cursing or juvenile humor, which most of these reviews paint as being the entirety of what you're going to hear. I honestly don't think the game has cursed/potty-humored as much as they'd have you believe. With that said, I do agree that you're not going to laugh non-stop at what the characters are saying. (Ed. Note: Which is a total bummer because Saints Row: The Third was pretty damned funny).

Although I'm not finished, I'd rather that gameplay fundamentals be addressed way before I'm going to care about the writing. It's definitely not as awesome as I'd wish it was and I constantly think it should be more divorced from Saints Row.

The tie-in to Volition’s prior successes has... not been received particularly well in most critiques. Although it’s understandable why you would want to tie in your known, popular franchise to your new property, addressing the fundamentals before getting cute seems advisable. So when I asked Aaron about the depth of that tie in… 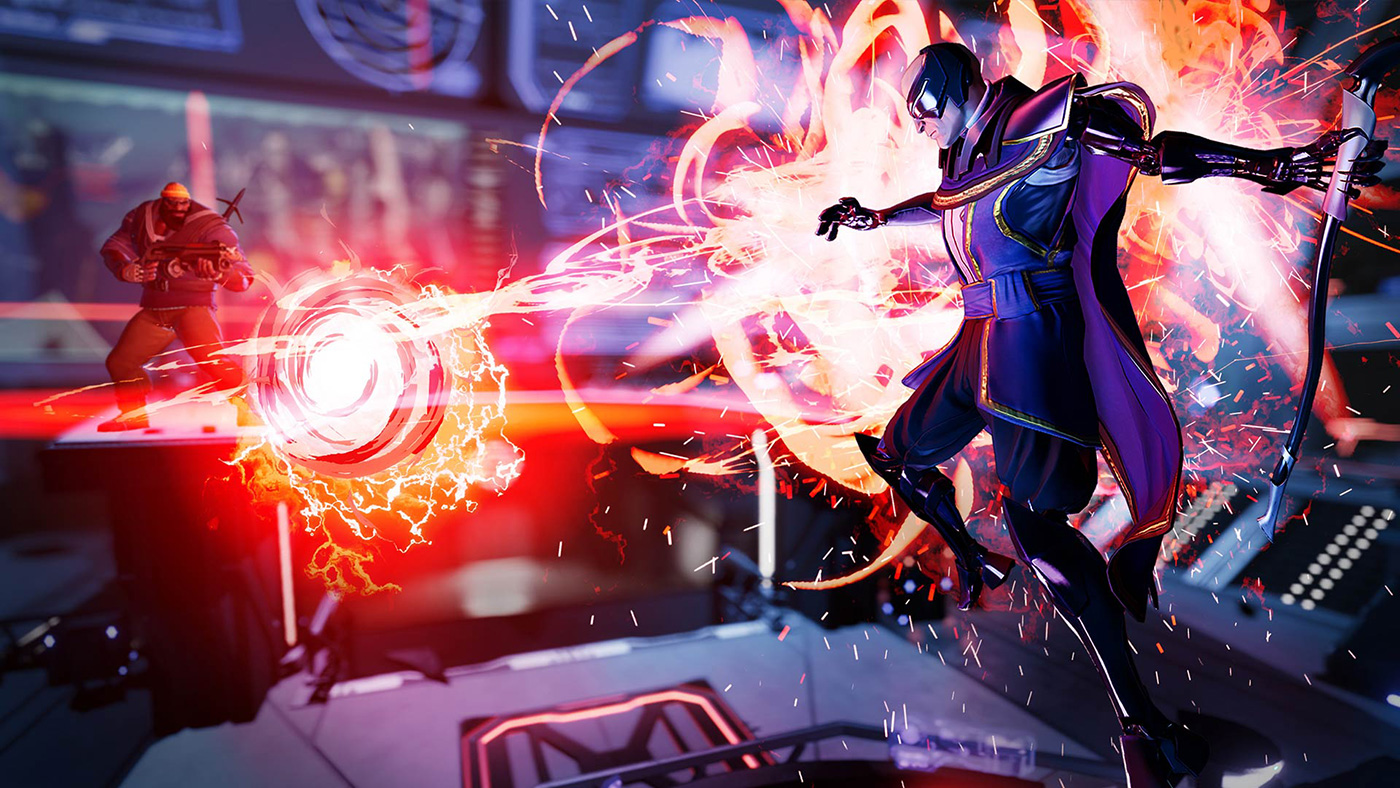 The story is that this M.A.Y.H.E.M. (the protagonist’s organization) is a result of an ending from the Gat Out of Hell game, so we're in some Zelda diverging-timeline shit with Saints Row. There are references to Ultor, the agent Kingpin is practically a Saint and voiced by a Saints Row actor...but when you're playing it, it's all insignificant and feels like it's just a wink at you, the player, and I'm like, “Okay, but why can’t this game be better?”

I mean, if two factions (chaotic good and evil) are duking it out in a city, why are civilians walking around normal half the time with no respect for the sanctity of their idiot lives? Why is one of the bad guys a famous pop star and people don't give a shit except for "the good guys"? Why do I have to load back into the HQ so much to tweak my shit? It sometimes feels like the chains of Saints Row suffocating an idea with its own potential. And here we are.

You can almost hear the resigned sigh

It's less a question of it being a good or bad game (because I think everyone should call this mediocre, at best), but a question of your tolerance and ability to find fun in the mess. But that sort of statement doesn't really sell games unless they cost $10 or less.

I mean, you can't say "chains of saints row suffocating an idea with its own potential" and let that just die without honor in group conversation.

We really should just have someone piece what I've said together with some contextual glue and call it a HoNight review.

And there you have it. I’m unilaterally applying the completely-unofficial-but-probably-retroactively-approved-by-Aaron rating of FINE to Agents of Mayhem.