The announcement of Far Cry 5's story and setting more than got our attention. Then, again this is the fifth entry in a successful franchise, so at the very least we'll get what we are coming for, right? It's predictions time.

How do you think Far Cry 5 will turn out?

Aaron McNeal - I'm convinced it will totally adhere to the new Far Cry formula: fun to play, a small wet fart of a story by the time the credits roll. I'll be damned if I won't enjoy me some Boomer pup though.

Coop - I think Far Cry 5 will be fine. I'm not sure they're capable of pulling off a GOTY with that series, but I'd love for them to surprise me.

Justin Lacey - I don't have high hopes for Far Cry 5, but Ubisoft is on fire lately so I don't think they are necessarily capable of missing the mark too badly here. I think it will play fine and have its moments, but I'm not sure how memorable it will be. I'm just excited to play it because I skipped 4 and Primal, so I'm more than ready to get out there and take back Hope County.

JB Buckner - Far Cry 5 will be a decent Far Cry game. The stories are never a strong suit in Far Cry games, but this one is going to capture some of the imagination of US players. The antagonists are well within that realm of possibility.

Justin Gifford - In line with all previous Far Cry games, it will be absolutely gorgeous. I think it may take some shots at the Religion of the Gun in the US, but kind of on the DL, because Far Cry games are about killing more or less everything that moves. Mechanically, it will be competent but not add much to the FPS genre (although iterating in FPS isn't easy).

What's the realistically worst thing that could happen with Far Cry 5?

Justin Gifford - You only have paleolithic weapons.

Justin Lacey - Oof. If it somehow got around new Ubisoft QA and was kind of broken. Stranger things have happpened. I'm more worried that the story will be too self serious and it will have some bad moments that don't land and really put me off as a Far Cry fan.

JB Buckner - The flat characters that no one cares about are likely the worst thing for this game. The bad guy is the big character in Far Cry games, but you spend all of your time being the hero. If I don't care about him or the townsfolk joining you in the fight than why do I care if I finish?

Aaron McNeal - I'm already convinced the story won't excite, but if the set pieces fail to deliver, what will have been the point? I also hope Ubi's pot-burning tech stands the test of time.

Coop - They seem to always push the envelope for visuals so I suppose they could push it too far. With graphics cards being scarce, I can see the community getting pissed off that the game doesn't perform well on their systems with upgrades being hard to obtain at a reasonable value. 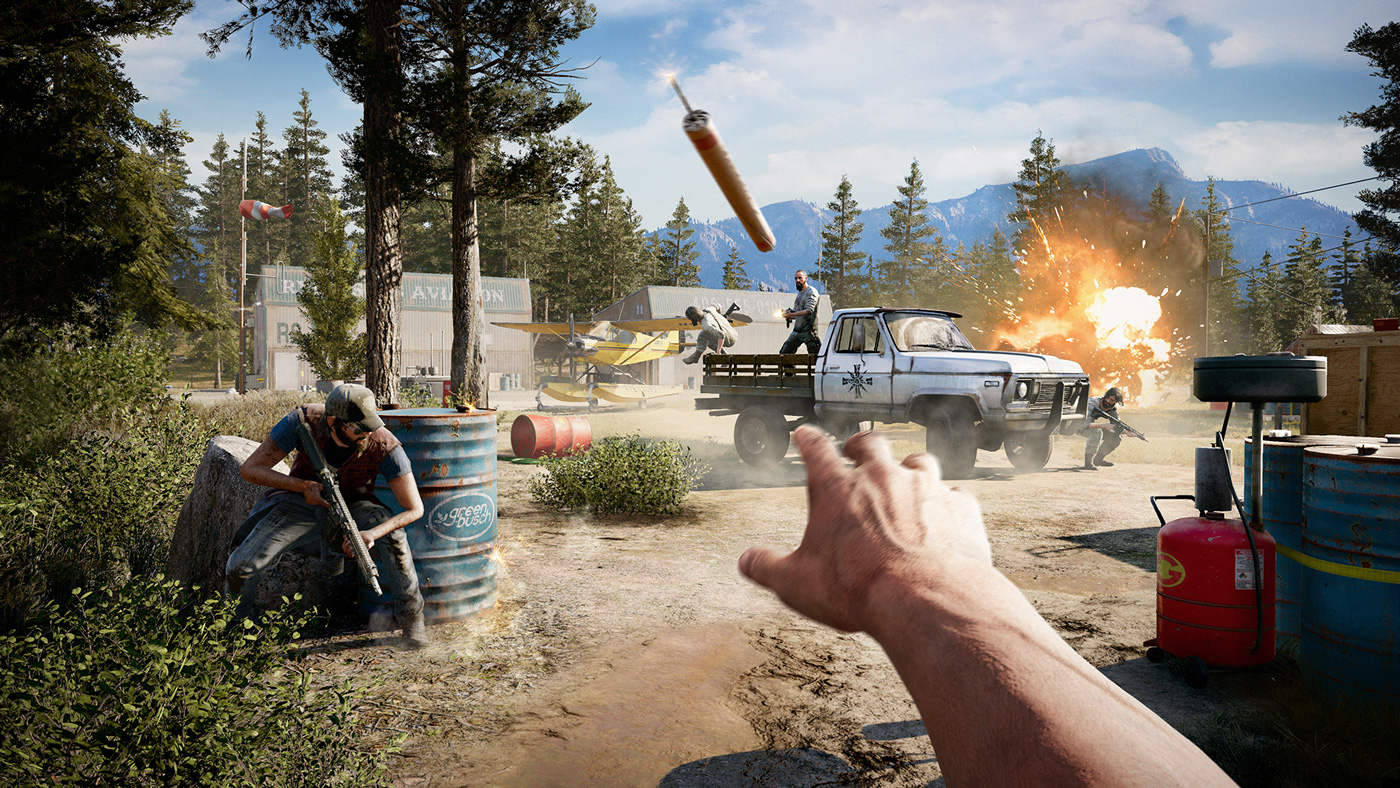 What do you think it will get right?

Justin Lacey - That dog looks pretty awesome. Best dog in video games? Boomer has a chance. I have high hopes for the co-op missions as well.

JB Buckner - There's a dog! It is a goldgun retreiver. That's going to be everything I do in this game. "Where's the gun? Where is it? Go get the gun, boy! Who's a good boy getting me all the weapons? You are! Yes you are!"

Justin Gifford - It will be pretty and you will have a dog. You'll get to explore a really pretty open world with your dog and then kill cultists, who are stand ins for in-bred Nazis.

Coop - Co-op is what this game needed. I think the things that Far Cry is generally lacking will be overlooked by the fun that is added with multiple people in an unpredictable world.

Aaron McNeal - The setting and exploration in the last Far Cry games has been top notch and I expect to enjoy a first person foray into a hostile open world again.

What do you think it will get wrong?

Coop - As usual, I think the story will be thin and lacking. There might be an interesting character here or two, but I don't know that we'll care about it as much as we do the action.

Justin Gifford - There will be a bunch of tone-deaf jokes and tropes, which will surprise no one, because Far Cry games have been full of them from the get go.

Aaron McNeal - Tone. Far Cry can be silly or it can be serious, but the mix has never felt truly comfortable for me.

Justin Lacey - Too much stuff to do that isn't awesome. The game could be a chore if the open world doesn't come together like some other games.

JB Buckner - At no point will the hero of this game talk to his gun touting dog in the proper voice. 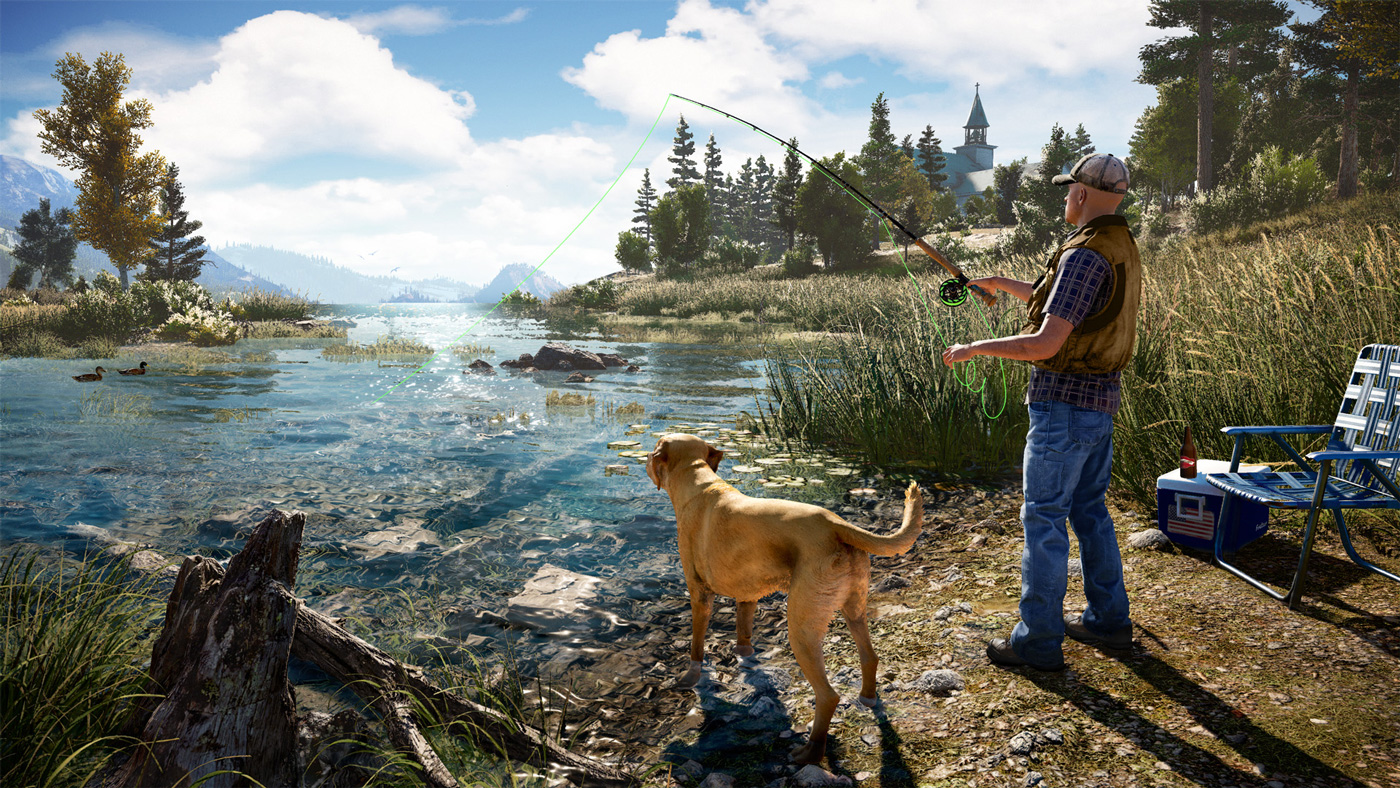 What may be the coolest thing that could happen with Far Cry 5?

Aaron McNeal - It's all about having the ingredients for creating wild moments and I hope all the cultists, dogs, bears, and vehicles lead to pure American-soil wackiness that players won't easily forget.

Justin Lacey - Co-op stories that never stop happening and give us a reason to never want to stop playing. The other Far Cry games have been so close to giving player's the perfect FPS sandbox and the possibilities are here. Ubisoft is on the verge of making something awesome. It's possible. Plus, there's a dog.

Justin Gifford - Ubisoft goes whole-hog, either serious drama and thematic commentary on the bizarre American social structure or they go batshit insane, like the fight scene in the first Kingsman movie in the church.

JB Buckner - As you walk into the town run by Eden's Gate to confront the Father for a final showdown everyone reaches down to grab their weapons and open fire on you only to find that their weapons are all missing. Confused they look to see you smiling calmly, because walking into town directly behind you is your dog armed like a mechanical war dog. You sit down and grab a glass of bourbon in the saloon as your dog shoots up the whole town liberating the people of Hope County once and for all. He's a good boy.

Let us know your predictions (or first impressions) of Far Cry 5 in the comments!