Tom Clancy's The Division is the latest major MMO release, and not surprisingly server issues abound here on launch day. Nothing new and nothing to worry about here (yet). Prior to launch, however, we took a moment to jot down some predictions about The Division. Ryan and Justin stepped up to put their reputations on the line as men who guess about things through combining facts that may be rumors with rumors that are probably facts with a dash of unrelated life experiences.

These may not mean anything today, but remember to throw these in our faces when time tells the real story of The Division. Because we will promptly remove them and yell over the top of you to point to the one thing we kind of got right.

How do you think The Division will turn out?

Ryan Billingsley - I didn't play Destiny during the early development stages so I don't have the shared PTSD that everyone has with this game. Having played in both betas (for The Division), I am really confident that this will be a fun game. The game looks fantastic, the combat feels good, the shooting, which is what I was most concerned with, felt really nice.

I am curious how the crafting system will work, but I don't have super high hopes for it. I hope there is more to the Base of Operations than what I experienced in the early builds because it left something to be desired.

Justin Lacey - I think the Division will be fine, and it will feel like it has more to do than Destiny did. Therefore, as long as I have friends to play with, we'll have fun and spend a good amount of time doing it.

Aaron McNeal - After all these years for waiting to gather good loot (in a Tom Clancy game, no less), I'm optimistic about running about town both solo and with friends. I'm a little reserved about hailing this the next coming of the LPG (Loot Playing Game) genre, but there's always the chance.

What's the realistically worst thing that could happen with The Division?

Justin Lacey - If you don't like the Dark Zone, you will run out of things to do quickly.

Aaron McNeal - If Ubisoft doesn't allow friends to high-five in game. That is a war crime. I'll give them time to make things right.

Ryan - The end game will be terrible. It has happened so much to other games that really any MMO is subject to this problem. The raids, which I assume will exist, will be lacking either in challenge or fun, or both.

That and if the Dark Zone is just everyone going rogue and trying to kill each other. That would be a disappointment. 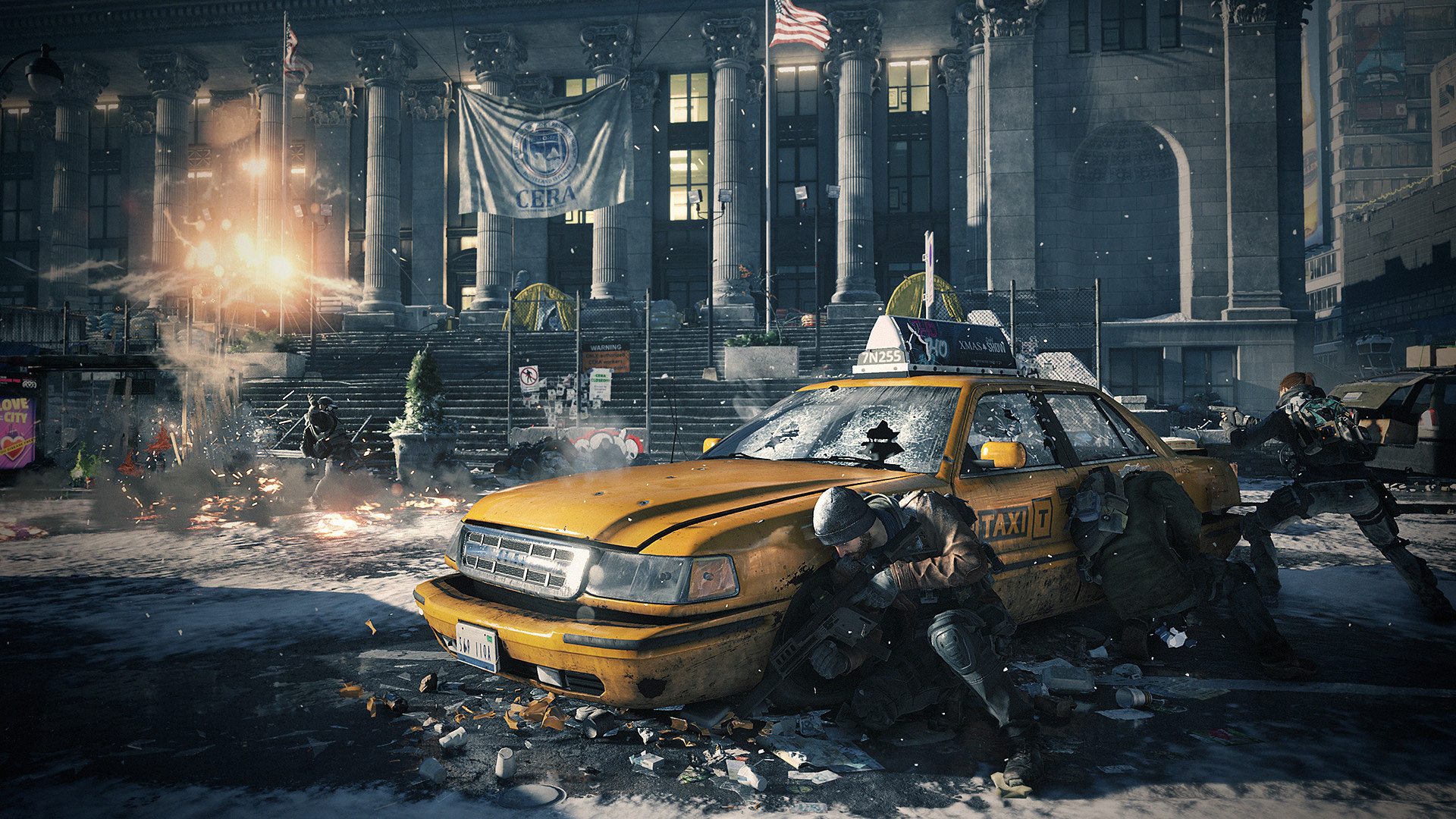 Aaron McNeal - It's all about the lootin' and the shootin' and that's gotta be super tight. Based on the beta, I'm sold on the cover gunplay and was already beginning to settling in to comparing the armor stats on my underwear. Gotta protect your butt out there.

Justin - The loot system seems pretty good from the beta, as well as the skill trees. I think my player will feel like my own.

Ryan - The Dark Zone. It really is a unique idea that brings a lot of replayability to the game. Maybe it gets old, maybe it doesn't. From what I have played before, each experience felt unique with its own challenges. You even have some control over how you want it to play out. At times, I became the law, hunting rogues as soon as they popped up on the map, other times I ignored the other players and hunted loot instead. You have a lot of choice.

Ryan - The base of operations. I already kind of feel like it is not right. If you are in a party, you all disappear into your own base. It feels wrong. There could have been something cool about having a shared space with maybe a room that is specific to your character.

Justin - I'm worried that I'm just going to get sick of killing "humans." Random looters and suped-up military enemies will get repetitive and don't make for intimidating bosses.

Aaron McNeal - With the real-world slant, I'm worried the story might not be too compelling in a game where everyone's more concerned about better guns and ambushing other players. After that, I'm unsure how much variety there's gonna be to what I'm doing here after all the hours go by. Snap to wall, cap a fool, check corpse, move on. But hey, I signed up for this.

What may be the coolest thing that could happen with The Division?

Justin - If they can pull off making raids worthwhile and give me something to do after the raids, too, that's the dream scenario. No one has found that balance yet.

Aaron McNeal - Aliens. But really, it would be cool if The Division feels like an evolving creature with new content and reasons to stick around. Not just raids, new missions and special PVP events, but things that might even mix up its landscape a year from now in ways we didn't see coming. It's an ambitious desire, but wouldn't that be something.

Ryan - Bands of players forming into a spontaneous post-apocalyptic version of cops and robbers, each trying to further their own cause inside the Dark Zone.

Let us know your predictions (or first impressions) of The Division in the comments!