Justin loses plenty of lives in Ancient Egypt, but can't really figure out if they are worth recovering or not. Maybe if he could actually learn to parry it would be a different story.

Pharaonic starts off strong as the setting and art style give a great first impression. It feels unique and at the same time the foundation of its combat makes a call back to other few ancient Middle Eastern games that I really enjoyed like Prince of Persia and Aladdin. This impression may only be about as thick as the blade of a scimitar, but it felt fresh and I was ready to lose myself in the world.

Unfortunately, Pharaonic comes across as very hollow every time I try to sink my teeth in. That is to say that there's nothing fundamentally wrong with how it plays or its design, but there's nothing truly worthwhile about it either. 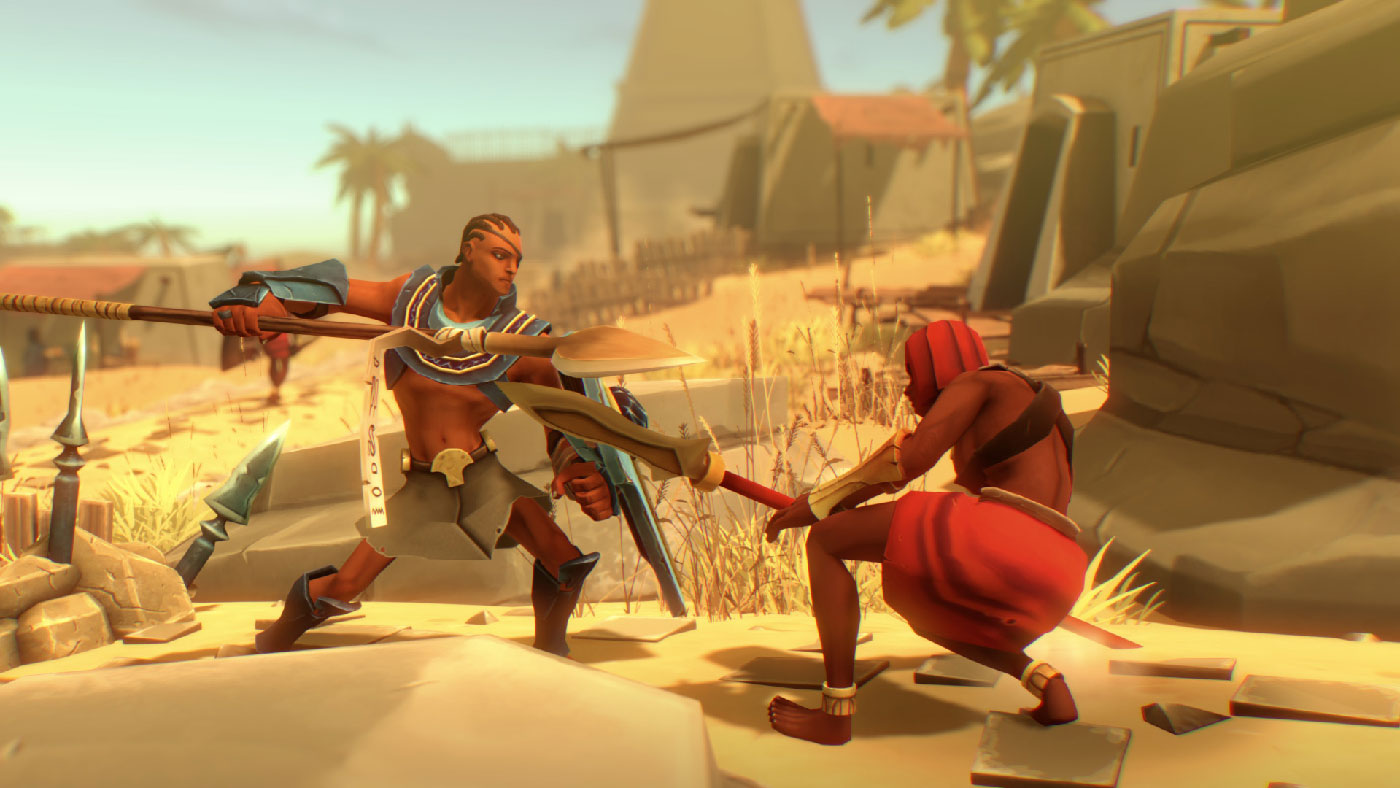 In the middle of the action, the duels feel great even if I was a bit frustrated at my own inability to nail down the timing for parrying. The promise of plenty of loot and ability upgrades that give you various ways to build your character and approach combat is definitely appealing. I have no doubt that with enough practice that the action increase in speed and drama from what I experienced. However, it doesn't change the fact that when I died, the game (and I) didn't really care. From storytelling to interacting with other characters to dying in combat, I felt nothing.

To me, games that are a half-step away from being memorable are the most frustrating games to play. I very much want to see them through in hopes that some surprise lies around the next corner that takes the game to another level. I also want to know the story of how/why the game turned out the way it did. I'm sure for some players it's completely satisfying and may even be so for the developers. It just didn't hook me and because of how much I wanted it to hook me, Pharaonic left me more disappointed than the game deserves.

I'm on the fence. I may go back to it just to see another boss and see if the next stage has anything to give me hope to press on further. The problem is that I need to get the urge to play it again at all in order to give it that chance.