It has been close to a decade since I felt at home in a public competitive first person shooter. I've enjoyed some great matches in the meantime, but those have mainly been with close friends and in closed game night scenarios. I thought maybe my tastes had just changed or my patience had gotten shorter, but I think I was waiting more for a reason to invest my free time into an competitive shooter. The open beta for Overwatch may have given me that reason.

Overwatch's attention to detail wasn't a surprise, but after the recent years of playing so many early access concept games or waiting for patches of released games that weren't really done, even in beta form, Overwatch is refreshing. Its tutorial/training area let me get my feet under me before making me branch out in competition. Even transitioning into real competition is made a bit easier by the fact that you can team with other players to take on AI bots if you don't want to play against other players.

I usually get overwhelmed in a new shooter if there's only one character type so I should have been crippled by the prospects of learning how to play with the 21 heroes in Overwatch. However, the training mode let me know that each character is really only separated by their handful of special abilities. It became less about learning every character and more about discovering the right character for my play style. In that way the character selection felt more like choosing a fighting game character than choosing an unfamiliar class of character in a shooter. 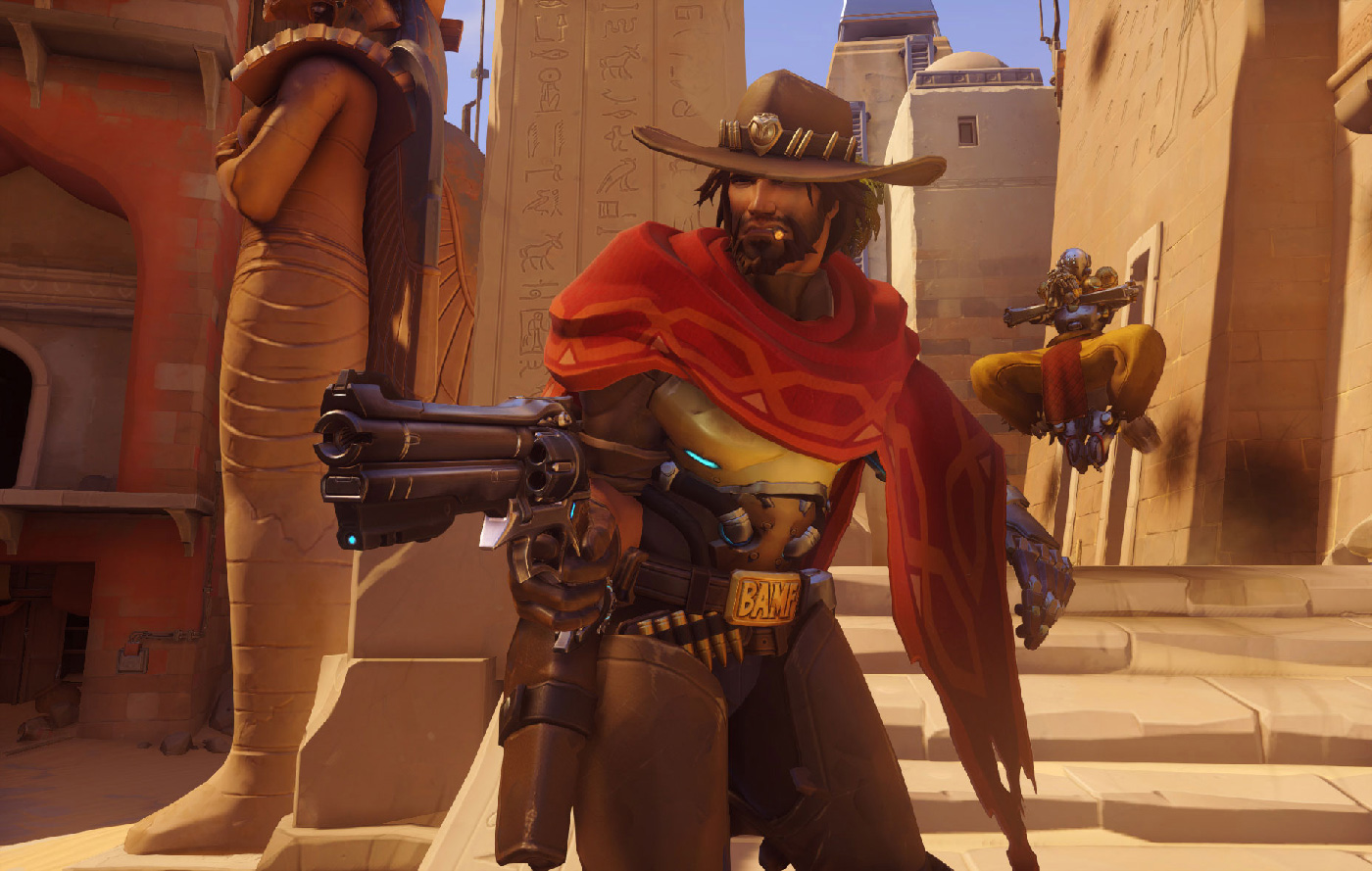 It didn't take me long to find a character in each of the four classes (Offense, Defense, Tank, Support) that I not only felt comfortable with, but I was excited to play as. McCree is a straightforward cowboy with a surprisingly versatile six-shooter. Bastion is dead simple to play as especially when you settle down into turret mode and start mowing down enemies. Roadhog is my beef of choice. Lúcio is my new favorite support DJ since I can run around like an idiot and still help heal my team.

While I still have my questions about getting a 6 player team together on a regular basis in order to really focus on Overwatch, but if I can't get a full team together I'm pretty optimistic about being able to enjoy the game on my own or with a smaller group. I will have a blast switching between different characters and classes for a while so that if the time comes that we want to take Overwatch seriously, I'll be ready. Sounds like a Blizzard game to me.