DOOM is here! Without any early reviews leaking out and only a multiplayer beta (that some of us couldn't run) to go off of, we have a lot of concerns gnashing their teeth at our giddy nostalgia. So here we go, as ignorant, as hopeful, or as cynical as we may be - let's make some predictions about the new DOOM.

How do you think DOOM will turn out?

Justin Gifford - From what I've seen, it looks like id's got a pretty good idea of who they are when it comes to DOOM and, if they continue along the path they set with RAGE, except with more giant boss battles, I think it's going to be pretty badass.

Justin Lacey - DOOM will be just okay. I think I will have a lot of fun with it for the first couple of hours and have a lot of maniacal laughter at the gore and uncovering new weapons. I think I will play about halfway through and hit a wall and struggle to find a reason to finish the game and move onto other things.

Kyle Werner - I feel like DOOM will be an entertaining game but nowhere near game of the year level. In fact, I doubt it will even be nominated. With all the money being spent on marketing, I hope they left plenty of budget for development.

What's the realistically worst thing that could happen with DOOM?

Justin Lacey - If DOOM is boring or somehow worse than DOOM 3, I don't know where id goes from here. I'm not sure where Bethesda goes with id from here. So yeah the worst thing that could happen is that DOOM is the end of id. Hellishly ironic.

Justin Gifford - The game is riddled with bugs (er...like RAGE). Don't let me down, id.

Kyle Werner - Release a super buggy game that focused more on gore than on gameplay and a seamless experience. 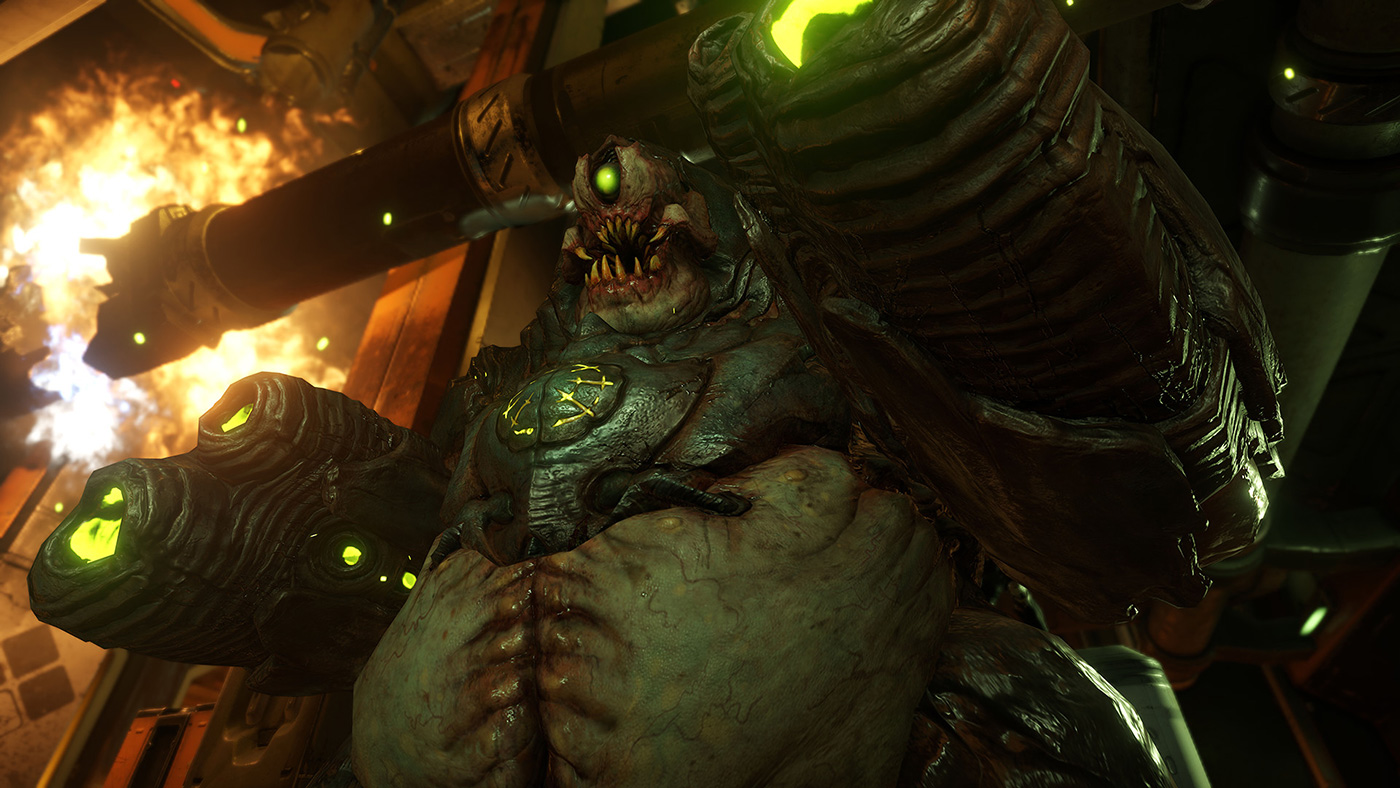 Kyle Werner - I hope they get that creepy atmosphere which keeps you on the edge of your seat right. From the previews it appears like they stepped up the gore game. I think they will have a large array of weapons and finishing moves.

Justin Lacey - The gore, the speed, and the weapon variety look fantastic from the trailers. I think it's going to be fun as hell to play.

Justin Gifford - The addition of some minor progression elements seems like a good idea to me - customizing your play-style = good.

Justin Gifford - If they let that customization get in the way of the most important thing about an FPS with basically zero story involving a space marine killing demons, namely: ​_Are the gunz rad?_​, they could have a problem. Some minor progression elements? Cool. Branching trees of progression, experience points, and too much borrowing from RPGs...it's just not DOOM. That said: I really don't think id is in danger of turning into Squaresoft.

Kyle Werner - Based on the trailer, I fear that using the same weapon (like the chainsaw) will get very monotonous every time you take a swing. Gorey actions are amazing the first few times but then they just get annoying cough cough Mortal Kombat.

Justin Lacey - I think the pacing and level variety is going to be all over the place. It's hard to make a big budget arcade FPS game in 2016. So I don't know if there's a right answer to how long the levels or the campaign should be and that in the end the levels will just be a little bit of everything so nothing will stand out.

What may be the coolest thing that could happen with DOOM?

Kyle Werner - An easter egg where you interact with a terminal somewhere and end up playing a mini-game of the original DOOM.

Justin Lacey - I hope DOOM just punches me in the face for about 4 hours non-stop and I wake up and don't know what happened other than I want to do it again. Repeat until sequel. Seriously, I hope the scope is small, the action makes an impact, you are out of breath when you are done playing it, and it gives you a reason to play it over and over again.

Justin Gifford - I want to have the same type of lost-time experience as when I started DOOM II after I finished my paper route on a Saturday morning and beat DOOM II that same day, but had very little recollection of the 5 or so hours that passed by. The other thing that would be The Coolest is if idkfa and iddqd still worked.

Let us know your predictions (or first impressions) of DOOM in the comments!