If you look at the level of hype that No Man's Sky was riding, it really should be no surprise that the week before launch ended even crazier. Early reviews and day one patches aside - we were all left with a lot of questions prior to purchasing the game. Here's where our crew stood prior to their first moments out in No Man's Sky.

Justin Lacey - I feel like I need to ground my hype for No Man's Sky a bit. There was just so much of an explosion around the game when it was announced that the hype became bigger than the game itself. If you go back and look at what Hello Games and Sony have said about the game, I feel like I had a good idea of what to expect. However, the excited fans of No Man's Sky tended to fill in the gaps a bit and may have blown this game up into something it was never intended to be or never could be due to a lot of factors. Namely, I'm looking at the size of the team behind No Man's Sky and what content in a procedurally generated game normally looks like. There's only so much density and detail you can put into that with a team of a dozen or so people. It sounds so weird to have to preface my predictions when I'm not personally tempering my expectations. From what I've seen, No Man's Sky is what I've expected and wanted. With that being said, I couldn't be more excited for No Man's Sky, but I don't think I wanted the same game that some have made this game out to be.

Aaron McNeal - I'm not sure if it's the summer lull or if I'm totally on board, but I started counting the days until No Man's Sky. Since Starbound finally left Early Access, my desire to go space exploring must have tripled and I'm curious to see for myself what's out there on those eleventy quadtrillion (or so) planets. Granted, I doubt I'll explore most of the universe knowing myself.

Ryan Billingsley - I want this game to be great. I believe I am in the target demographic and believe me there is definitely a type of player who will enjoy this game. I like exploring big open worlds, I love space, and I like crafting. So NMS should be a good fit for me.

My concern is that this game started off as an exploration game and then the hype-train grabbed it and took it somewhere it was never intended to go. Sometimes that can work for a game but more times than not it forces the developers to try and shove as much as they can into a game that might not be ready for it.

Every image and visual I have seen looks stunning. I think the audio design is going to stand out as well. They just aren't enough. It needs to be fun. It needs to keep bringing me back and I just don't know if that is there. I hope I am wrong. 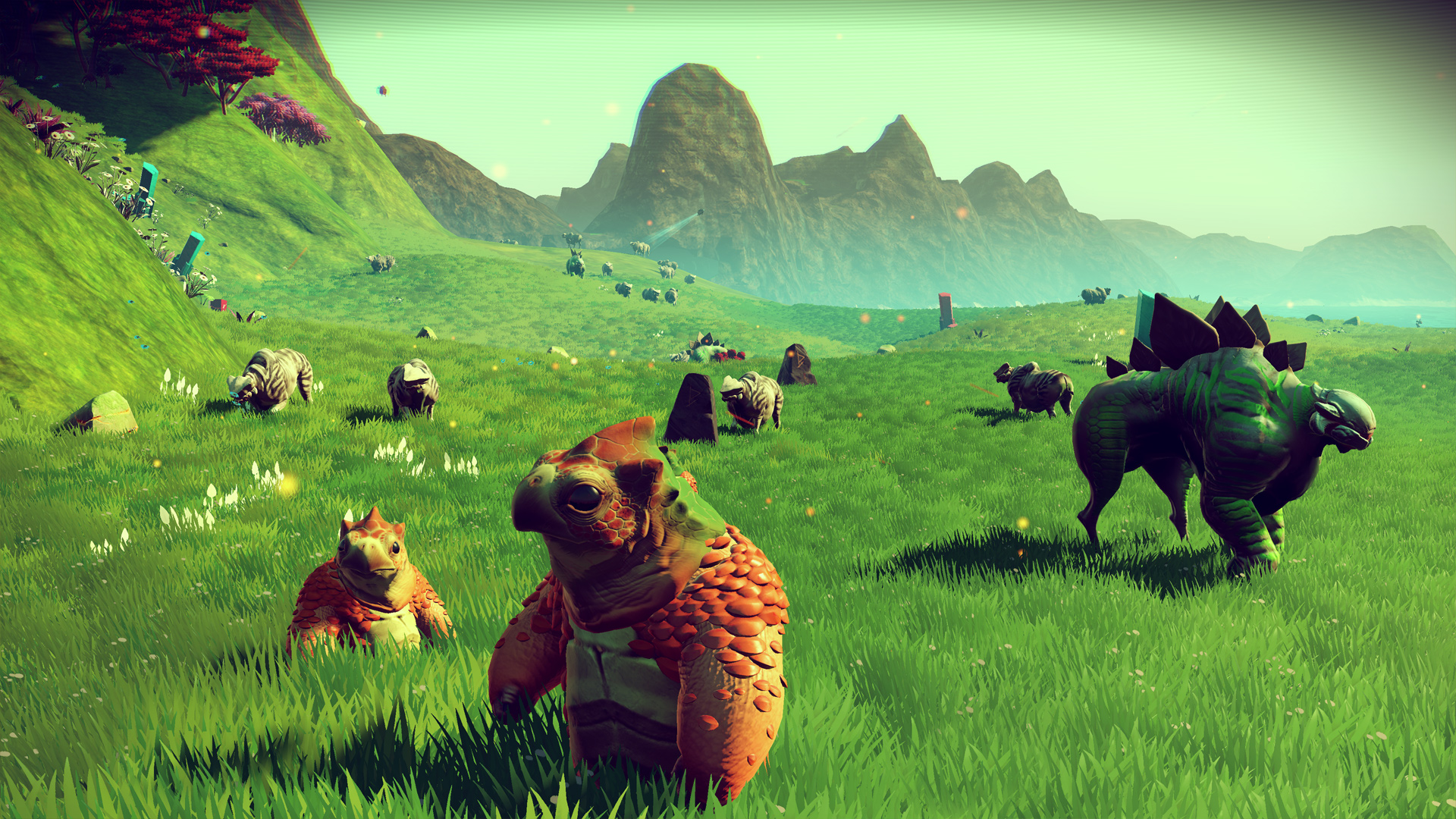 How do you think No Man's Sky will turn out?

Justin Lacey - To borrow my favorite 2016 phrase from Aaron, No Man's Sky will be FINE. No matter what, the scope will be revolutionary, but the gameplay won't have major mass appeal. At least for very long. Personally though, the part of my brain that actually enjoyed exploring random planets in the Mako in Mass Effect 1 (yeah, I said it) is really looking forward to getting lost and making random planetary discoveries.

Aaron McNeal - I fully expect No Man's Sky to deliver in one form or another. Justin and I had a chat about this and it just seems realistic. After years of development and hype, hopes are high. For some segment of gamers, this will be the game you've always dreamed it would be. It will be the prodigal space experience. For the rest, I imagine desired elements will be lacking or missing altogether. This isn't space Minecraft, or even Starbound, to me. I'm banking on No Man's having its own identity and there's no need for Hello Games to apologize for that.

Ryan Billingsley - It will be pretty and sound great and everyone will enjoy it for a couple of days and then realize that there isn't that much to do and wish you could explore with your friends, but you can't.

What's the realistically worst thing that could happen with No Man's Sky?

Justin Lacey - There are no awesome, unique discoveries in the game. After a while, every new planet starts to feel roughly the same and nothing stands out. I hope there a few "Holy shit, I can't believe what I just found moments" every few days to keep me coming back to try to find another one.

Aaron McNeal - The game we get at launch isn't as near to the ideal version. This thought is based on the contents of the day one patch which alters a wide variety of areas ranging from combat to the story itself. I'm no newcomer to trying a game at first chance and waiting a few months to play it again when it's considered bigger and better. However, I'm excited to play it now and it sure would be nice to not have a dour first experience after all this time.

Ryan Billingsley - It will be the second time this year I have wasted $60 on a game. But it still doesn't hurt as bad as The Division. 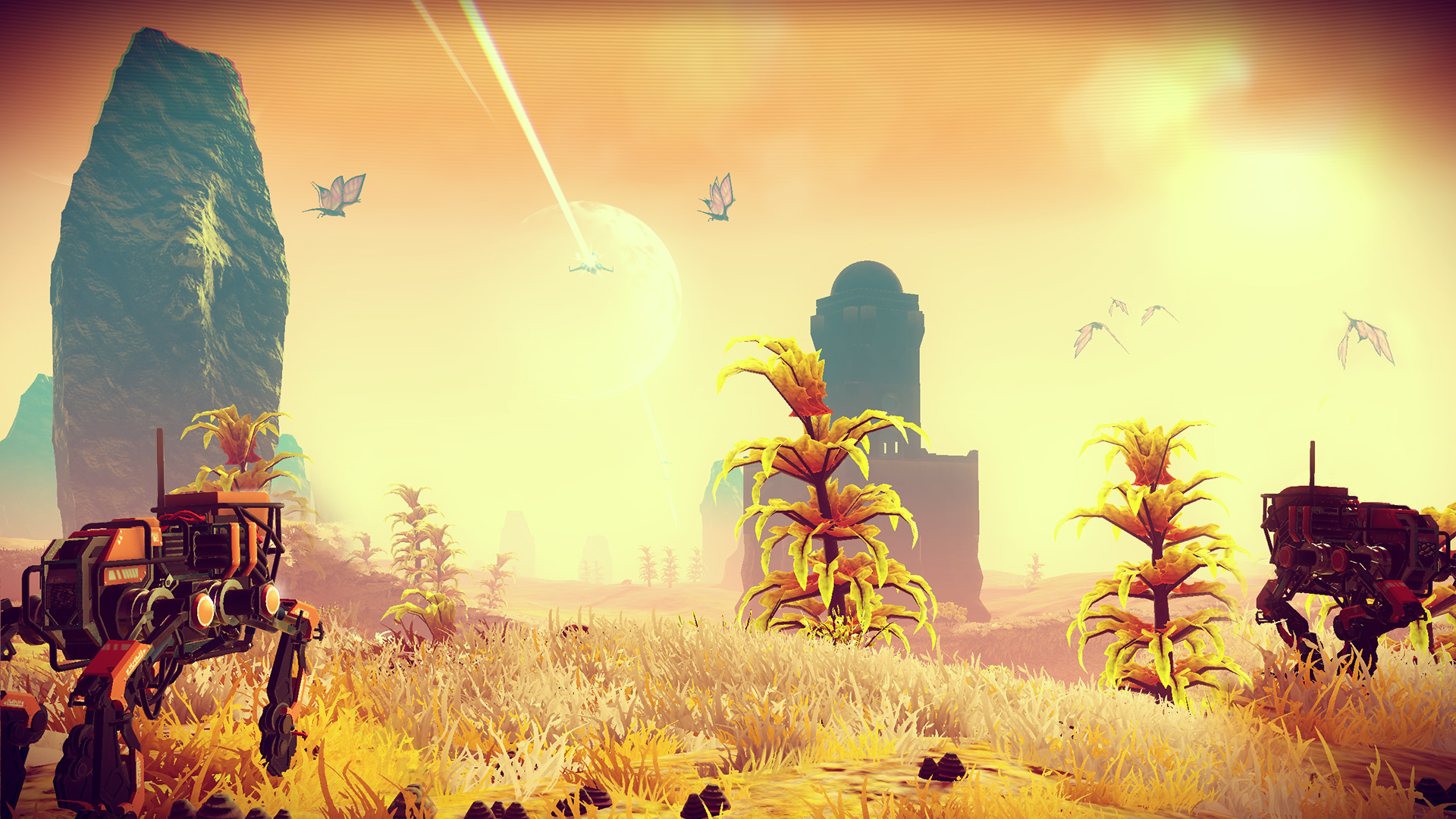 Justin Lacey - I think the exploration atmosphere is going to feel amazing. I want to feel alone in a huge universe with unique discoveries pushing me to go further into the unknown. Some people may get bored by it, others like me will welcome getting lost in it.

Aaron McNeal - Opportunity, possibility and wonder. Putting the exploration first, I think these words will best describe the highlights of any No Man's Sky gamer story. Even though the unknown will be less foreign after 20+ hours, there always seems to be those few things you haven't seen yet that can still make you think, "Wow."

Justin Lacey - I don't think there's anyway that the combat can feel good. It just seems like something that was thrown in to try to add action after the fact, when the real muscle went into the exploration side of things. It's the one feature that doesn't seem to fit, but they probably had to throw in to give players something more to do or to sell it to a different type of player that wasn't into the core game.

Aaron McNeal - I don't know if I believe it'll be wrong, but I've haven't been sold yet about any of No Man's combat. I think that side of the game will be fine (you got me, Justin), but I've already convinced myself that this isn't a game I'm playing to blow up spaceships and pacify extraterrestial wildlife via several laser shots to the dome. All the same, I'll participate in such violent activities. At least until the DLC that lets you resolve all disputes through dialogue trees.

What may be the coolest thing that could happen with No Man's Sky?

Justin Lacey - Telling stories with friends that are more into No Man's Sky than I am and then stumbling across the planet they discovered weeks/months after the fact to experience my own version of that story.

Aaron McNeal - I couldn't decide between two things, so here they both are. The thought of seeing your friend's name or your friends seeing your name as the discoverer of a planet, star, whatever. Wouldn't that be just damned awesome? Secondly, I love crafting and I think it's cool to max out your digital junk. Big shiny starship, gimme!

Ryan Billingsley - The developers are nimble and anticipate the drawbacks and have some great patches that catapult it to an amazing game that we are all playing for a long time.

Let us know your predictions (or first impressions) of No Man's Sky in the comments!