Justin thought his futuristic guns and futuristic moves would hold up well against light swords and axes. DESYNC shows him what the future really needs.

Admittedly, I was a bit overwhelmed when I started playing DESYNC. Not by anything that DESYNC did specifically, but I realized that I can't just jump into first person shooters anymore. The genre has expanded to include single players experiences of all shapes and sizes, and I need to know more about what I'm getting into before starting.

Thankfully though, DESYNC's style and atmosphere carried me through my initial uncertain moments with a smile on my face. Everything in the game just oozes "cool." 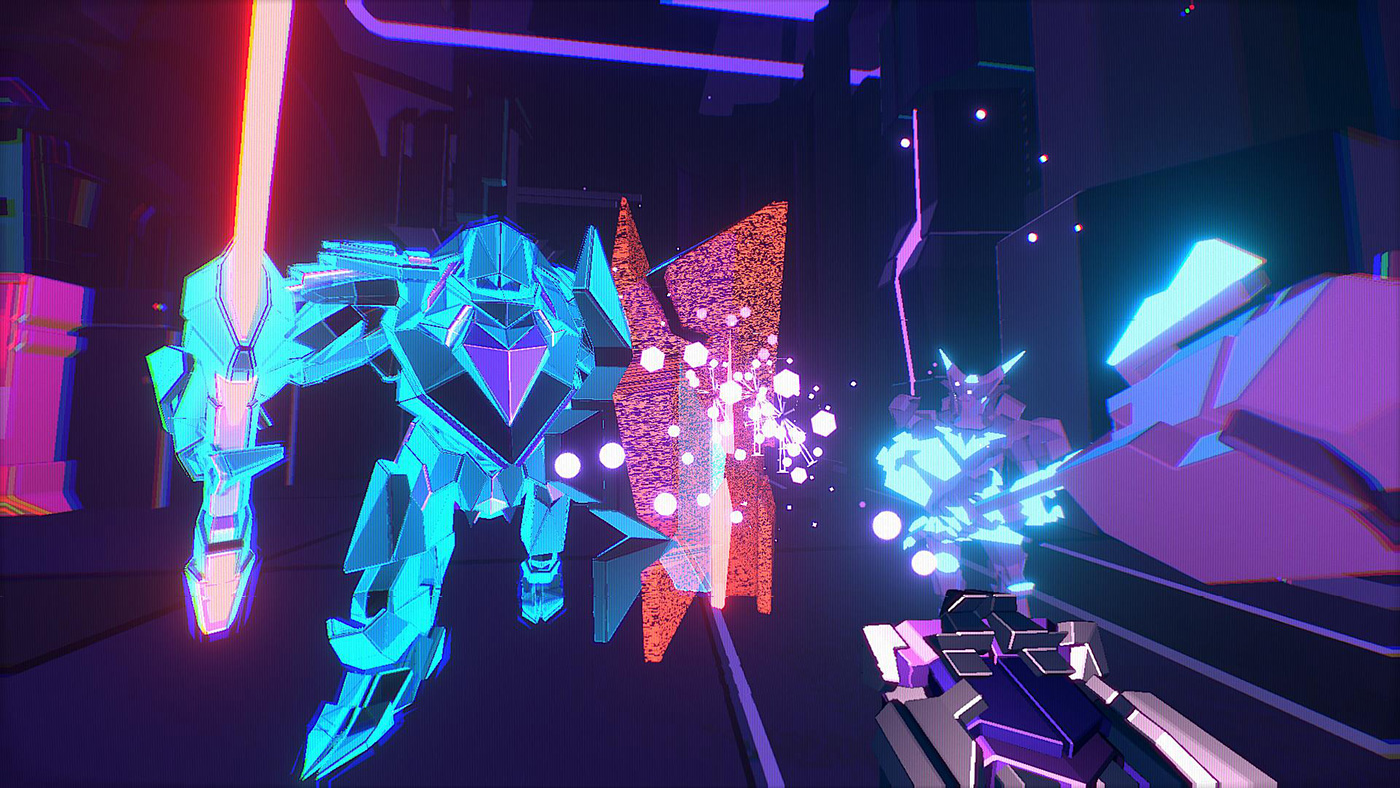 As is the case with most Game Curious videos, I got my ass beat out of the gate. DESYNC is faster than I expected so it caught me off guard, but by the end of my session I felt up to speed. I was darting around and using shot combos as well as the environment to the benefit in the destruction of my enemies.

Once I started using the traps around the level, DESYNC started to open up and I stopped playing the game like a corridor shooter. I noticed how much bigger the levels were and that I didn't have to just go straight at my enemies. Getting up close and personal with their wicked melee weapons isn't a winning combination. As I was able to keep my distance and dodge around them, I started finding a lot more success and the endorphins kicked in. Of course, once I got comfortable with the enemies in front of me, new enemies and new enemy types spawned and killed me quickly. Reloads are quick though, and the next fight always goes better.

I haven't stopped thinking about DESYNC since I stopped playing, so I will definitely get back in there soon to see how far I can get. I want to see more weapons and find different methods of wiping out the enemies faster. Right now, the only bad part of DESYNC is stopping.