Hey robot buddies, what's happening down here? Some of you are shooting at Justin and some of you aren't, but all of you make fantastic noises.

Previous The Signal from Tölva Experience

I really appreciated just being dropped on the planet Tölva and having to get my bearings on my own. No in your face instructor or voiceover telling me what to do. However, I could go either way on the speed of how the tutorials played out. The game only introduces you to one concept at a time and I was a bit frustrated at first. As the intro played out I felt like I knew what I was doing after only an hour. That time investment will make or break some player's first impressions though.

For me, I was ready to settle in on Tölva and figure out what makes all these robots tick. The robots did not disappoint. Clunky and charming just like I wanted. Once I found some robot-bros to take out the bad-bots, I was sold. 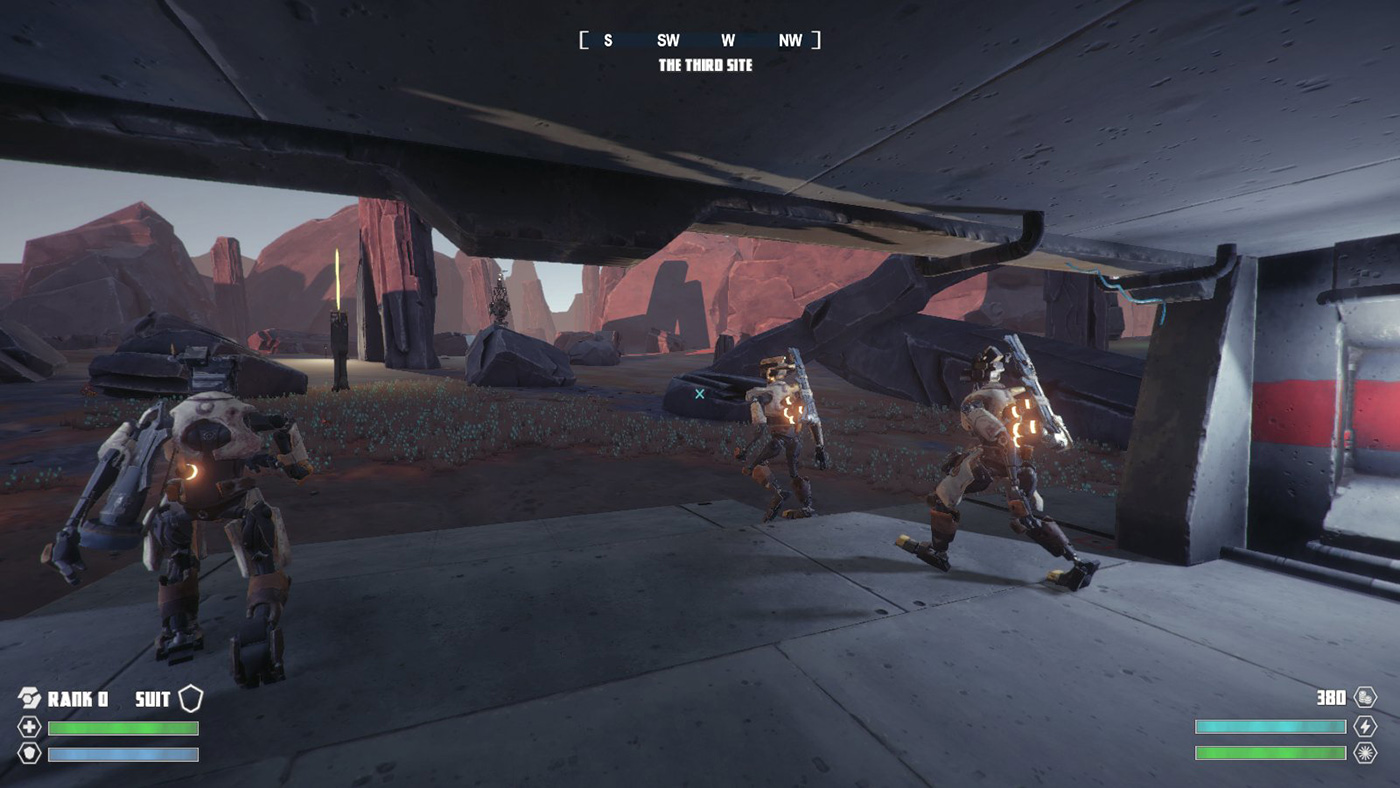 I can't tell how much of the mystery of the planet and its signals is intentional. For example, while exploring the last ship in the video I wasn't sure if I was supposed to feel anxious about being attacked or if it was just supposed to be a straightforward maze that ended up confusing me. In the end, I think I overcomplicated the game and read too much into some of its options. Once I relaxed, I realized I was having a good time on Tölva and was ready to explore even more.

There looks to be plenty of weapons and robo-upgrades to play with to keep me interested enough to go exploring for resources. I definitely want to see more of Tölva and to see how many kinds of robots and environments are contained on the planet. It could get really interesting if there is a lot of variety. If things get repetitive though, it'll be tough to convince me to stick around. I'll try Tölva again soon and find out.