I'm sitting here staring down the barrel of trying to come up with a Best of 2019 and realizing that some of the griping in our Grimmys 2019 Slack channel about the quality of releases in 2019 is for real. If you want to know my number-one game of 2019, it's probably 2018's Super Smash Brothers: Ultimate, which, you know, doesn't qualify. I unlocked all of the playable characters, I beat all the spirits, and most importantly, I played a lot of it with my son, who's turning into a passable little player. 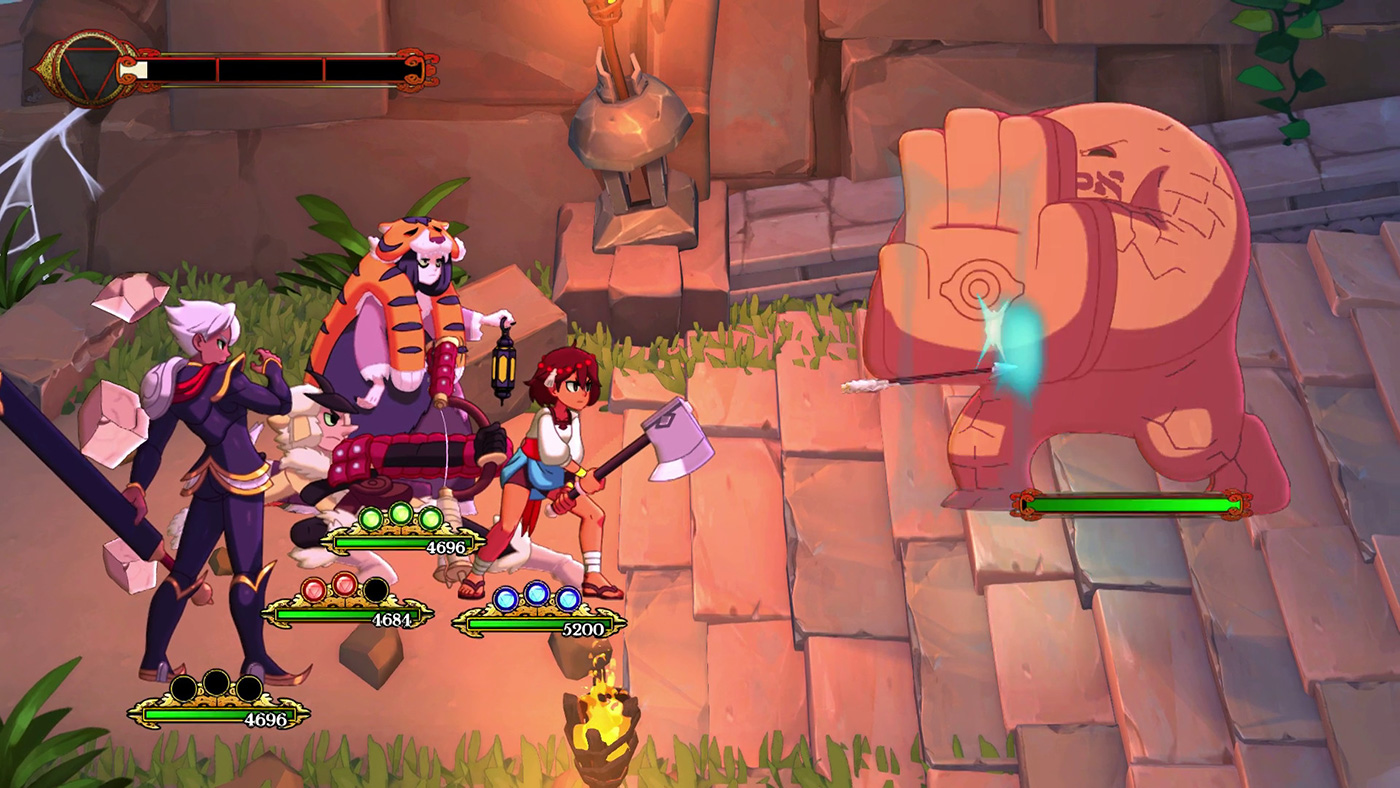 A late contestant to the 2019 contest, I grabbed Indivisible the weekend before the Grimmys because I'd heard Aaron and Justin L. talking about it. I was a little hesitant based on the art style, originally, because it screamed JRPG to me, which I historically haven't liked. The Steam Store video did not do this game justice on so many fronts. Once I fired it up, I found out how poorly the in-store video represented the game itself: it is an almost indescribably gorgeous game in terms of the setting and the characters, right up there with Ori and the Blind Forest. It's also a platformer with a stripped-down and rapid turn-based combat with split-second countering and button mashing that gives it more in common with a fighting game than a deliberately paced old-school RPG. Just writing about it makes me want to go home and play more. 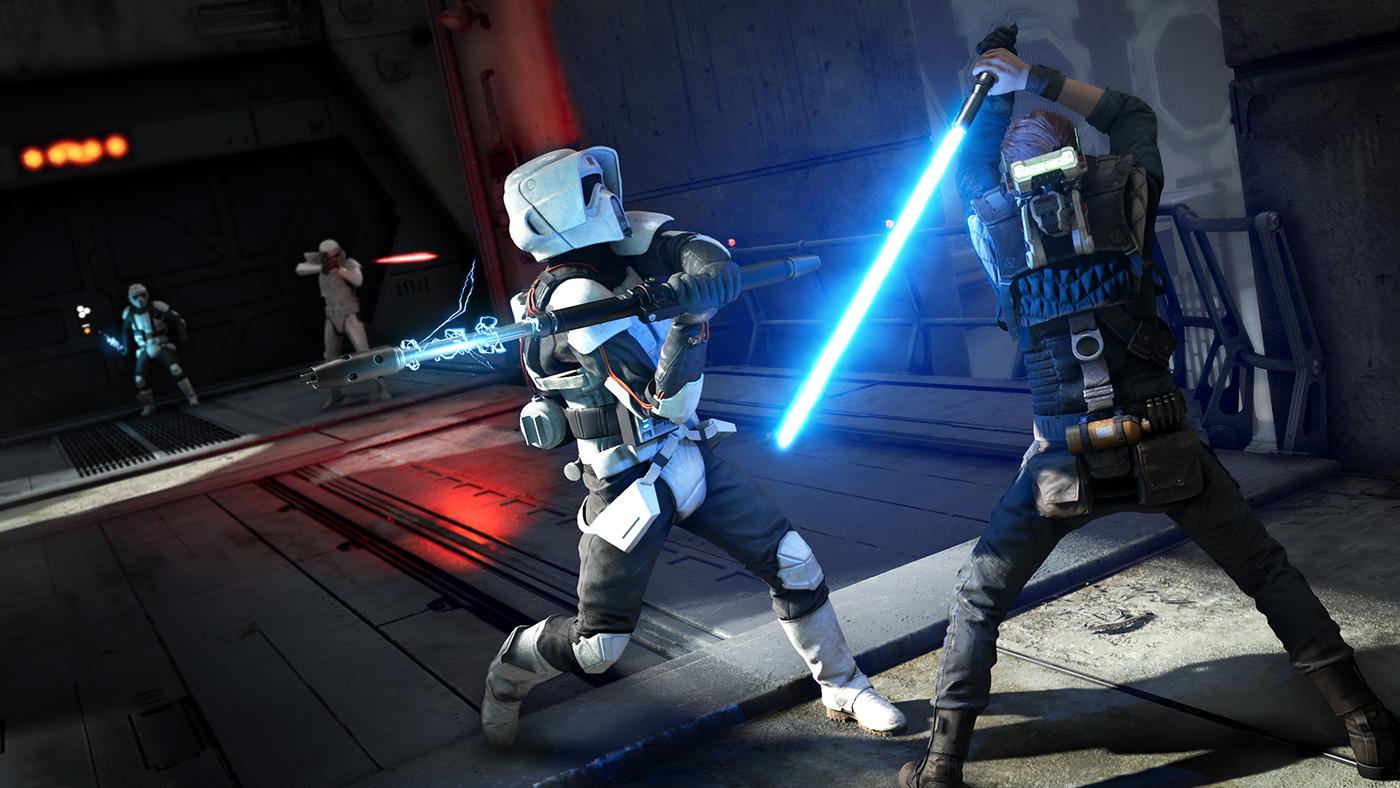 Respawn has given me several of my favorite games of all time (I have a thing for mechs), and while Fallen Order doesn't make that particular list, it was one of the better games of 2019. When I first drafted this article, I hadn't finished Fallen Order, and didn't entirely feel like I could render a final judgment. What I said in the first draft was, "[T]hat it's a solid entry into the Star Wars universe and I'm enjoying playing it. I'm also really bad at it. I suck at the block/dodge/counter system that is universally spoken in the same breath as Dark Souls. I also miss the over-powered force user from the Force Unleashed games." Now that I've finished it, and I'm editing this article as we get all of this writing ready for your consumption, I'll only offer this correction: It lulls you into thinking it's just a solid entry into the Star Wars game universe until the final act, in which you should make sure you didn't over-do the fiber in yesterday's diet, because hot damn. SW:J:FO did a lightsaber drop you shouldn't miss. 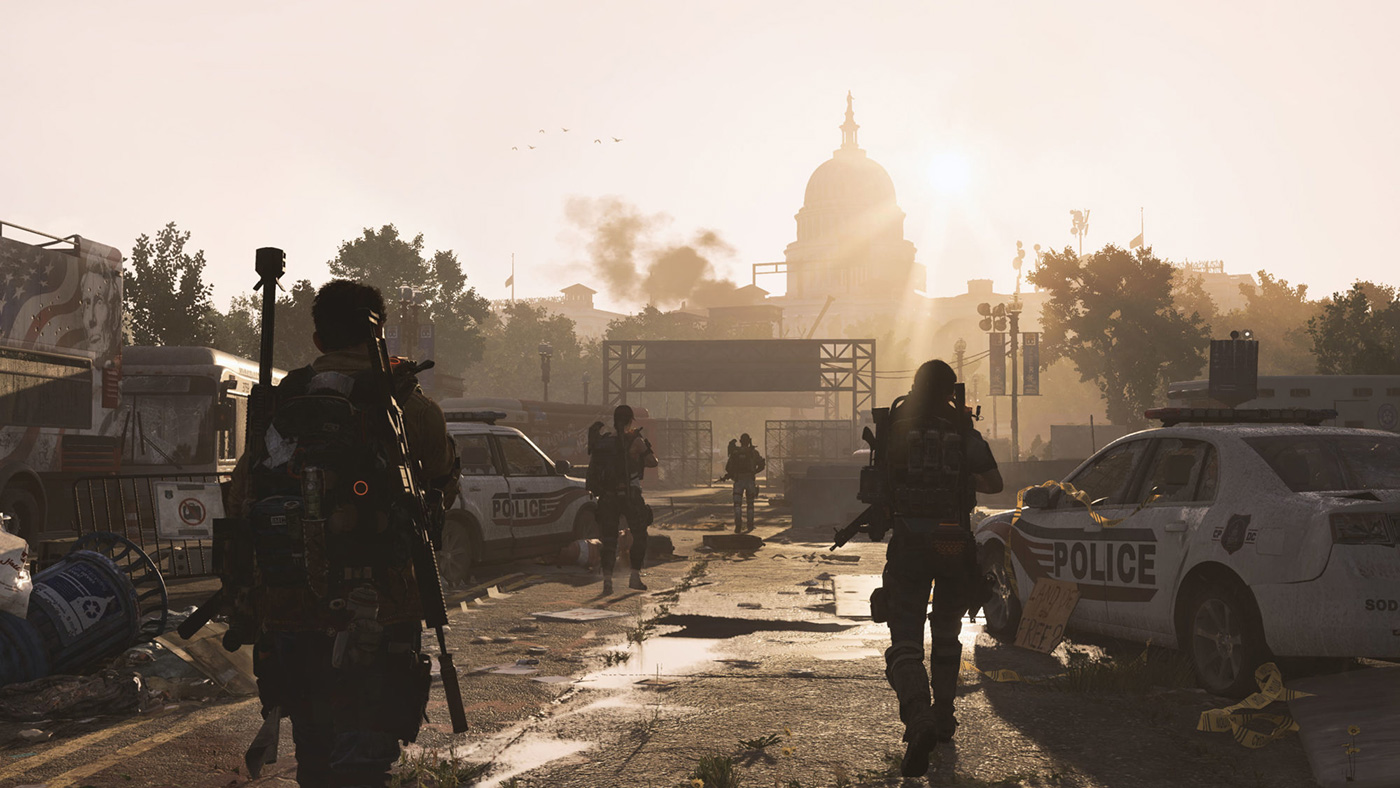 The Division 2 is firmly in the cateory of, "Games I Wouldn't Have Seen Myself Playing in 2019," but somehow I fell for its gameplay loop, looted all kinds of gear, and managed to inadvertently invite a paramilitary orgainzation with robot dog-tank-things (not good boys, cannot pet, 0/10) to take over D.C. I apparently like having a loot-shooter in my life, and for some reason I can't quite put my finger on, Division 2 hit home with me in a way that knocked Destiny 2 from its perch. (That's a lie: it's the light-levels,Destiny. I hate them). 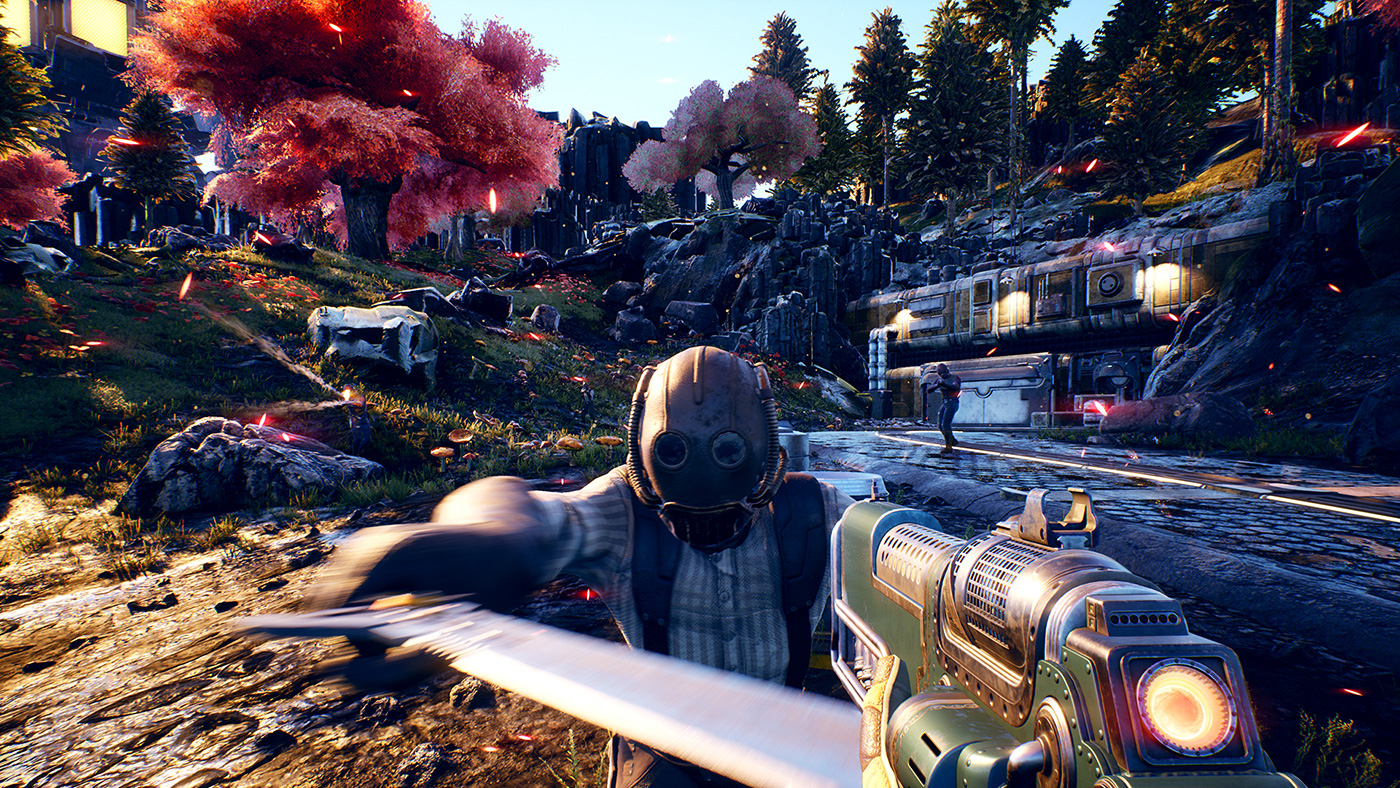 I somewhat unwittingly discovered that I have loved Obsidian Games' games for a long time. I love that they take risks with games, that they try new things, that they don't crank out a sure bet every time. I love a lot of the writing in the games that they turn out, and in turn, that makes me love a lot of their characters. I even love the jank that is present in every one of their games that I've played, because it's Obsidian jank, and it's usually more funny than problematic. The Outer Worlds is absolutely an Obsidian game, and it shows: the idiosyncratic characters, some of the extremely odd enemy design, and the fact that there's an actual underlying theme instead of a facade slapped onto a play mechanic to give the illusion of a good story worth my time. Also, I like the fact that I killed an entire town of people, most only guilty of benign neglect, at worst, and it didn't create a fail-state in the game. That's a normal thing to like in a game, right? 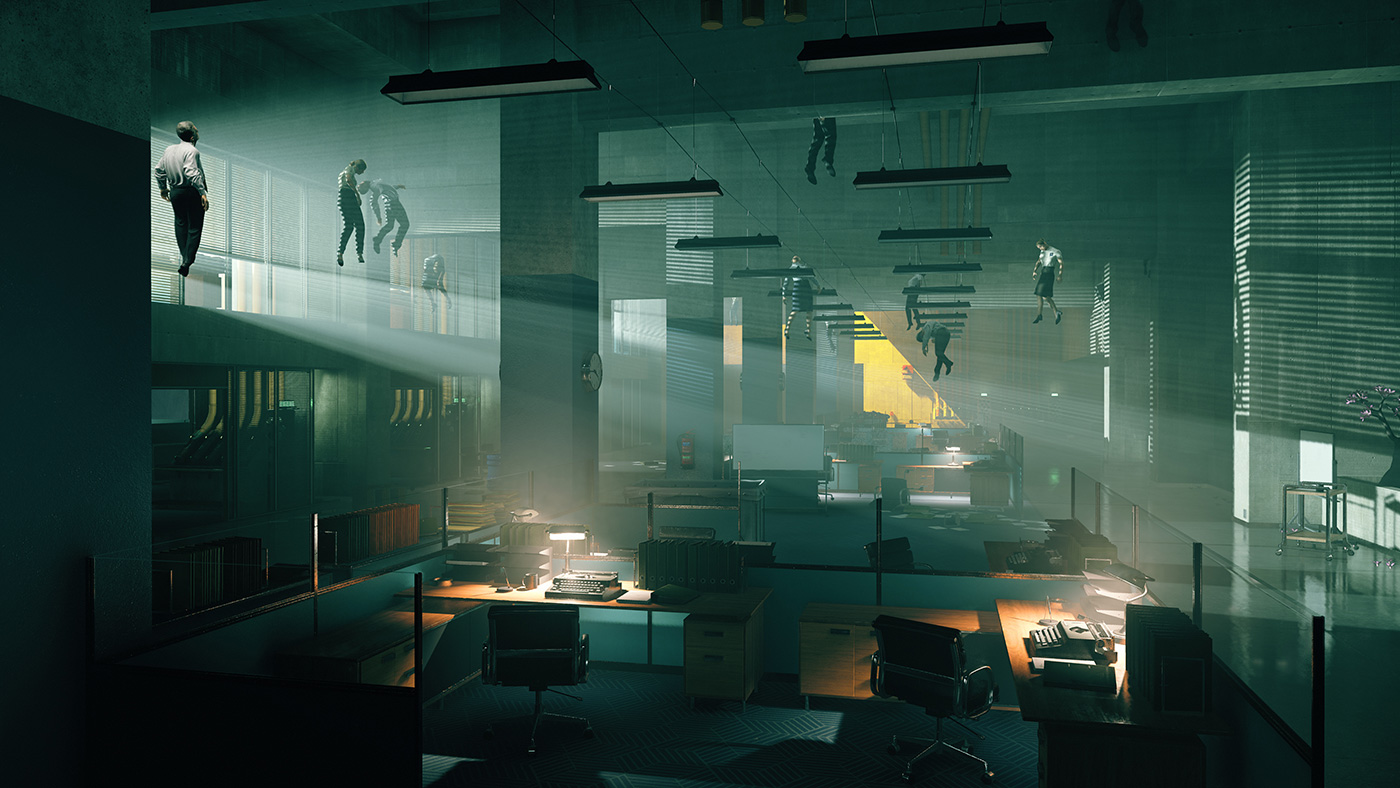 While we're on the topic of idiosyncratic characters, let's get into Control, which has my Mr. Dave New Character of the Year: Dr. Casper Darling. I had fun with Control. It's weird, which I like, it requires some puzzle solving, which I like, and it has the Force psychokinesis, which means it was my favorite Star Wars extra-planar-powered game of the year. Control stumbled in a few places that I thought were easily avoidable, like the completely unexpected and cheap giant shadow tentacle-boss fights and the decision to leave what looks like a good chunk of the games' content for post-end-game exploration. But for every stumble, it had Cold War-esque spy intrigue, lots of red barrels, poisonous fungus, and an extremely odd janitor, which when combined, added up to one of my favorite games of 2019. 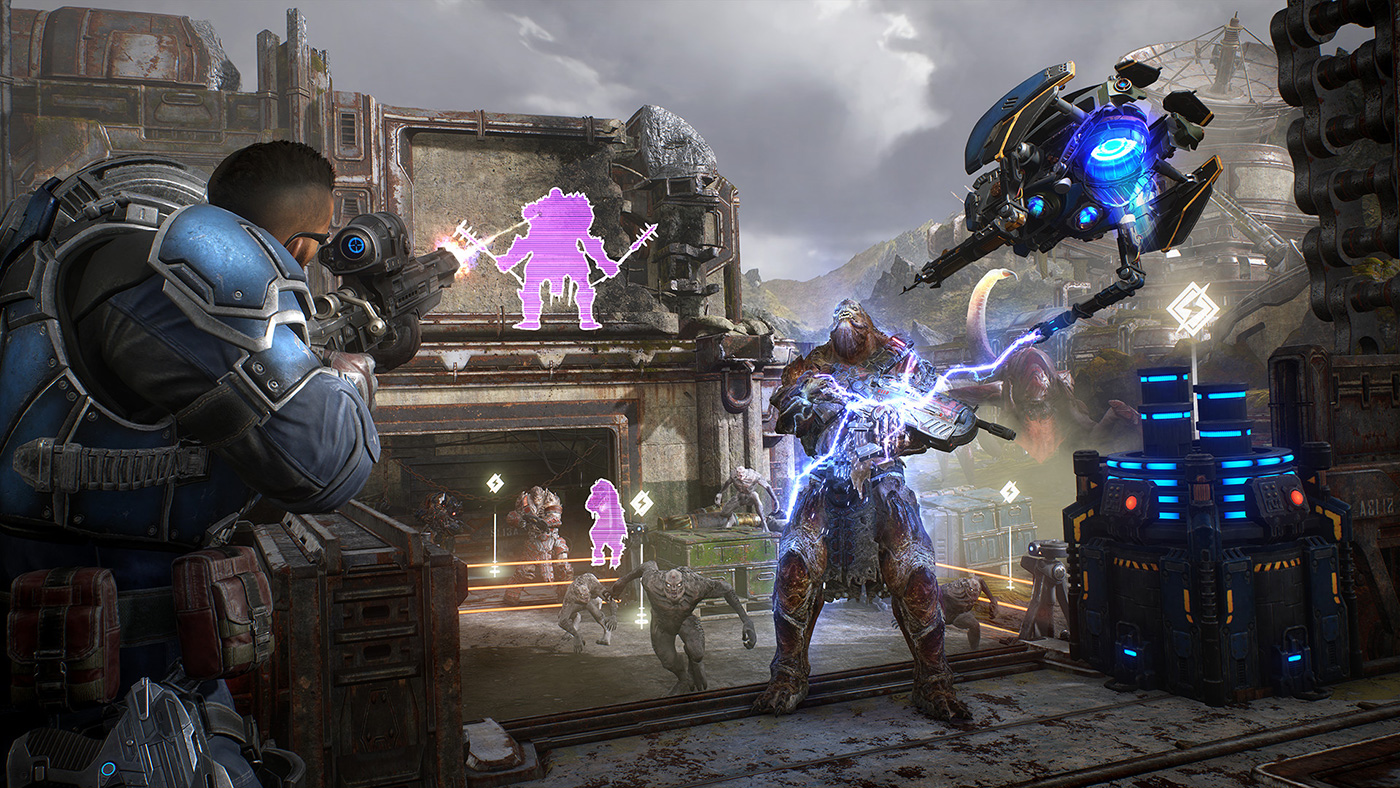 Look, I know, okay? This is a series that has been around forever, you know exactly what you're going to get, and most of it is going to be dude-bros trying to out-dude-bro each other. But you know what? Gears 5 was the best in the series since Gears of War 2, had some interesting plot twists, and sometimes what I need at the end of the day is to chainsaw a few disposable baddies in half and glory in the spray of viscera. Also, if it weren't for a few other powerhouses (Ace Combat 7, Resident Evil 2 and Indivisible) Gears would be the best looking thing I played all year. I'm giving it the "Sometimes It's Okay To Want A Plain Old Cheeseburger With Nothing Fancy On It Award," for 2019. (Second Place for "Best Robot Buddy" award, too). 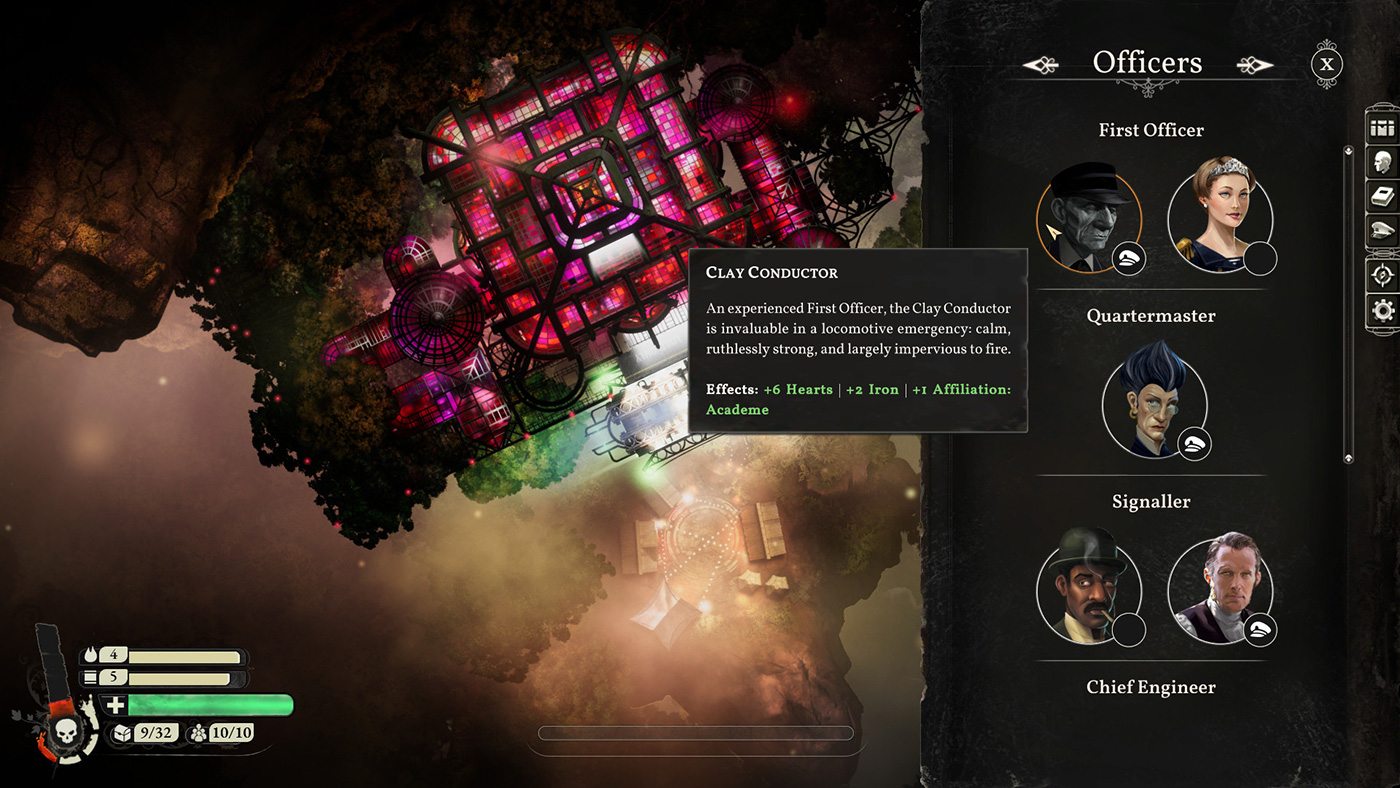 I think I'm the sole acolyte of the Failbetter Studios' Fallen London games at Horrible Night, but boy do I love them. Sunless Skies improved the fun factor from 2015's Sunless Sea - I'm not sure if the difficulty is decreased, or what, but it's a more fun top-down survival game with eldritch horrors than the Failbetter's last outing of similar style. Unlike anything else I played this year, Sunless Skies has a lore background that is an order of magnitude greater than anything not a pre-Mouse Star-War. I'll never get to the bottom of all it, but it makes me feel good knowing there are always new stories to discover to dispell the disquiet I feel after ordering my crew to draw straws to find out who gets to keep the rest of us from starving. 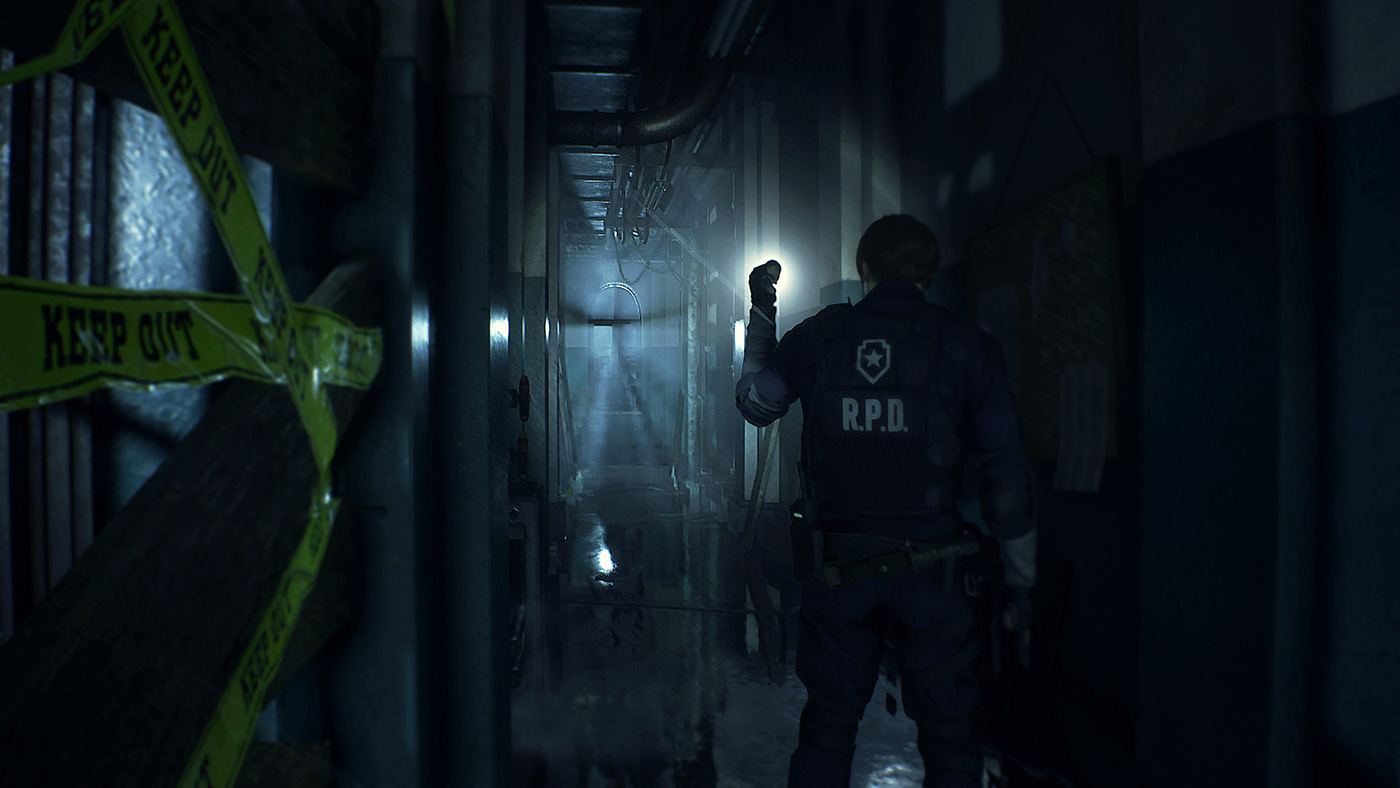 We get hit with a remake of a movie or game about monthly, and will likely until the eventual heat-death of the universe 14 billion years from now. The vast majority of these trips back to the same well can be filed somewhere between mediocre and underwhelming, particularly when outdated mechanics don't get updated. Resident Evil 2 belongs nowhere near any of those reanimated husks of original ideas, because even if the story remains the same, this "reimagining" is absolutely brilliant. Not only can you aim, the modern graphics (which look damned good on PC) lend an extra level of dread when the undead try to cut off your escape route. (It's worth mentioning that the fact that the original managed to communicate that feeling of panic with its blurry polygons speaks volumes to the quality of the rest of the game design). RE:2, like Fallen Order is something you'll see me playing well into 2020 as I try to escape Racoon City. 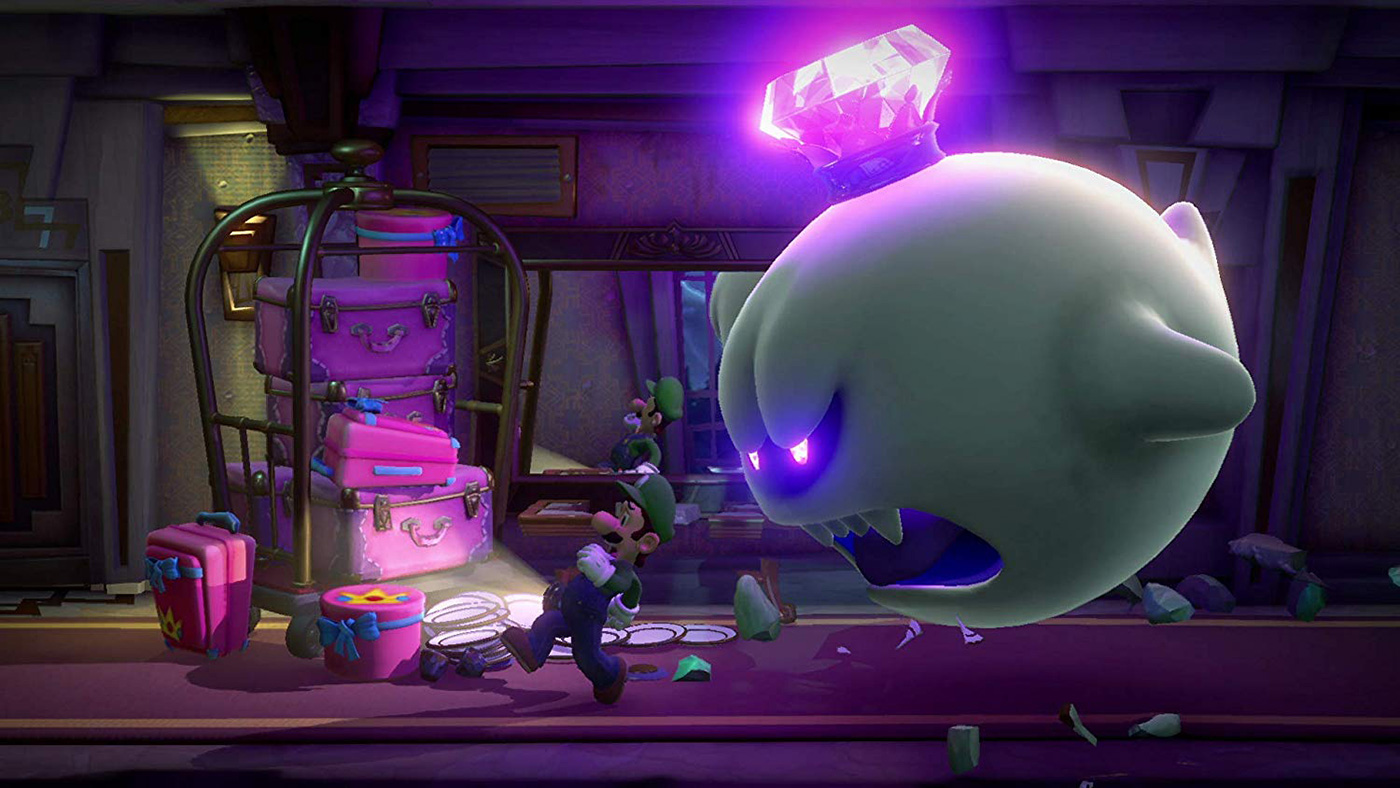 I'm shocked, but Luigi's Mansion 3 has been an absolute delight to play. It's as "Nintendo" of a game as they come, but Luigi as the protagonist is just so damned charming that the game I grabbed as much for my kid as me has made its way onto my Games of 2019 list. There's plenty to enjoy here with solving puzzles and body-slamming Boos with an Electro-Lux, but I think my favorite little detail is that most of the communication is done with non-verbal vocalizations and body language. It's a little thing, but it's effective, cute, and is one of the little polish factors that can really elevate a game.

If coming up with a list for 2019 was hard, picking my favorite isn't much easier. It's damned near a toss-up between at least three of the games in the list above, and I'm not even sure of that because I haven't played enough Indivisible, which I have a suspicion I'm going to love even more before I'm done with it. With that in mind, I'm giving Star Wars: Jedi: Fallen Order the win for 2019 because for every frustrating fight I got in, reflecting blaster bolts back at stormtroopers or force-pushing them off of a cliff hasn't gotten old since we first got to do it in 1997's Dark Forces II: Jedi Knight and I suspect it never will.